WHY ARE YOU SILENT?

The REM is evidently keeping away from their own remit and eschewing making an independent decision. One wonders if influential individuals in the REM steer decisions at the dictate and in the interests of United Group

Rather than upholding the laws of this country and taking away the privileged position of United Group's TV N1 in the Serbian market, the Regulatory Authority for Electronic Media (REM) keeps intentionally and falsely reducing the scope of their own remit. This in turn results in a continuing state of lawlessness, which suits solely the owner of the abovementioned media outlet – Dragan Šolak. On the other hand, this agency, which ought to be independent in its operation, has for days been avoiding the questions posed by Kurir, which has requested that TV N1 be placed under oversight.

As the sole body with direct jurisdiction over such matters, the REM has missed yet another opportunity to establish the facts and make it clear that N1 has for years been brutally misusing its cross-border television status, as well as that, in line with the Law on Electronic Media, the Convention on Transfrontier Television, and the EU Parliament Directive on Audiovisual Media Services, it is and must be under the jurisdiction of the Republic of Serbia. The REM ought to have long since established this fact, and ordered the media service provider in question to obtain a licence from the Serbian regulator, rather than from Luxembourg, where N1 is officially registered as a service provider.

The REM did not make this decision at their most recent session either, opting instead to buy time in someone else's interest. This has resulted in an even greater absurdity: the agency has requested the relevant authorities to establish the facts of the matter which fall within its own remit!

This manoeuvring on the part of the Serbian regulator has raised fresh suspicions and posed logical questions: why is the REM still eschewing its remit in this specific case; why does it keep turning a blind eye to the facts and the truth; and lastly, do influential individuals in the REM steer the decisions made by this institution at the dictate and in the interests of Šolak and his powerful United Group. Another question poses itself: which individuals from state bodies other than the REM are protecting United Group and working in its interests? Moreover, how is it possible that the relevant authorities, i.e. the REM and the inspection teams, are still turning a blind eye to the fact that Šolak's company conducts its business in the grey zone.

Six days on and Kurir has still not received answers from the REM regarding the decision taken at this regulator's most recent Council session. Still no explanation for why the REM has not exercised its remit to independently establish the facts relating to N1's operation, taking instead "the decision to request the relevant state authorities to establish the facts of the matter falling within their remit in relation to the operation of TV N1," as it is stated in the announcement following the session held on 2 November. The other questions that we had, related to which state bodies had been requested to state their position on N1, as well as what the deadline was for establishing the facts in this way, remain unanswered.

And the facts are established fairly simply if the current legislation is fully complied with. In its previous investigations, Kurir demonstrated conclusively that N1 is not a cross-border television channel but a domestic one, and that, unlike other domestic media outlets, it evades compliance with all the applicable laws and regulations – from the mandatory entry into the Serbian media registry, through obtaining a broadcast licence and paying taxes and royalties, down to accountability in domestic courts of law for broadcast content.

As a media service provider, TV N1's official headquarters are registered in Luxembourg, but editorial decisions are made in Serbia. The rules currently in force stipulate that a media service provider shall be deemed to be established in the state where a significant part of the workforce involved in the pursuit of the audiovisual media service activity operates. It was precisely TV N1's managing editor Jugoslav Ćosić who removed all doubt in this regard, confirming that Šolak's television's workforce and equipment are indeed located in Serbia. Furthermore, the entire N1 programming is produced in Serbia and concerns Serbia. Therefore, United Group is making false claims that N1 programming is rebroadcast in Serbia. The truth, which the REM ought to have established by now, is that their programming is both produced and broadcast in Serbia, which means that N1 should be deemed a domestic television, with the concomitant rights and duties.

Masks will fall off

Lastly, we cannot but wonder why the REM has once again missed the opportunity to call a spade a spade, despite incontrovertible facts. The regulator has apparently opted to stall this decision as, whatever it turns out to be, it will result in masks falling off. If the REM initiates the procedure, it will acknowledge thus that N1 has for years operated in violation of all the domestic laws. If, on the other hand, it does not initiate oversight, this will constitute proof that that the REM works in the interests of Šolak's United Group. 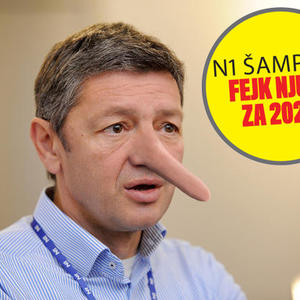 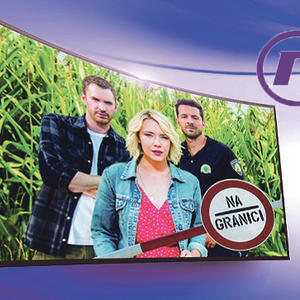 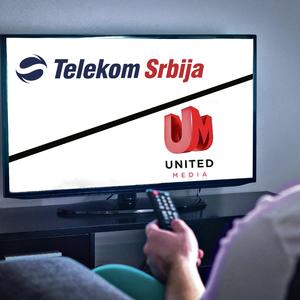 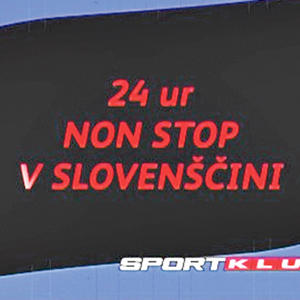