MINISTER OF FOREIGN AFFAIRS OF GERMANY

HEIKO MAAS EXCLUSIVELY FOR KURIR: 'Resolving the Kosovo issue is a condition for Serbia to join the EU.'

'The lull in the communication between Serbia and Kosovo that took hold since last summer has fortunately been overcome. A great opportunity has opened up to find a solution in the form of a comprehensive agreement,' Minister of Foreign Affairs of Germany said.

"Regulating the unresolved relations between Belgrade and Priština is one of the key conditions for Serbia's membership in the European Union (EU). There are no deadlines or any sort of pre-set timeline for EU accession, but it would be a good thing if the negotiations with Serbia were more dynamic. We are glad that the Government of Serbia has recognized the necessity of reforms. As regards mitigating the impact of the coronavirus pandemic, the EU will be a partner to the countries of the Western Balkans and will provide about 12 billion euros in aid for the region."

These are some of the key messages that Germany's Minister of Foreign Affairs, Heiko Maas, conveyed in an exclusive interview with Kurir.

How much has the coronavirus pandemic changed the world? What will we be left with after everything is over?

"The coronavirus pandemic is a wake-up call for all of us to appreciate the extent to which we as nation states are vulnerable in an increasingly connected world. The pandemic has impacted on our everyday lives as well, although the fact that there are multiple types of vaccines brings the hope of normalization in the mid-term. Furthermore, the pandemic has clearly shown us that the only way to overcome global crises is together and with joint efforts. COVAX, a global vaccine-sharing initiative aiming to provide vaccines to countries across the world, can have a key role in stemming the pandemic. The European Union and Germany have supported this initiative from the start, and we are among its greatest advocates. According to the COVAX announcements, over a million vaccines will be delivered to the countries of the Western Balkans alone by early summer. That's a start, although it won't be nearly enough. We also aim to mitigate the economic and social impact of the pandemic, which has been severe in some countries. The EU will be a partner to the countries of the Western Balkans and will provide aid to the region totalling approximately 12 billion euros."

What is Germany's position on EU enlargement?

"Germany has always been committed to the process of EU integration of the six Western Balkans countries. We strongly support their European prospects, conditional on meeting the accession criteria. This is why we will continue to work towards adding momentum to the EU enlargement process, as we demonstrated during our European Union Council presidency. We hope that accession negotiations with North Macedonia and Albania will start soon. Progress in negotiations – and the speed of negotiations – depend on the substantial progress made in meeting the accession conditions, and this holds for all candidates. As for Serbia, we would like to encourage it to work even harder to implement the reforms. This applies in particular to the rule of law, the fight against corruption and organized crime, and media freedom. Reforms in these areas are key to us because they are the foundation on which Europe is built and because it is primarily the citizens that will benefit directly from them. We are happy to see that the Government of Serbia has recognized the necessity of these reforms. It is very important that the citizens of Serbia strongly support this pro-European course as well."

As regards Serbia, 2025 has been mentioned as the year of accession to the EU. Is that still realistic?

"There are no deadlines or any sort of pre-set timeline for EU accession, either for Serbia or for other candidates. On the contrary. The candidates themselves affect the speed of the process by making faster progress in jointly determined areas. Once the conditions are met, accession will follow. As for Serbia, I would like the accession negotiations to be more dynamic. But, I think that, since late last year, we have seen steps that bring hope."

The Kosovo issue remains unresolved. What is an acceptable solution for Germany – the status quo, the frozen conflict, the division of Kosovo, or the recognition of Kosovo's independence by Belgrade?

"Unresolved relations between Serbia and Kosovo are very costly, to both sides. More than anything else, such a situation slows down the economic development of both countries and is therefore a hindrance to the entire region. Finding a solution together would be very important for the benefit of the people. This includes pointing out the advantages to people in order to boost their collective courage to take on the challenge of mutual reconciliation. Regulating these unresolved relations is after all one of the key conditions for Serbia's membership in the European Union, and it would bring Serbia much closer to it. We strongly support the EU-mediated dialogue facilitated by the EU Special Representative Miroslav Lajčák. The lull in the communication between Serbia and Kosovo that took hold since last summer has fortunately been overcome, opening up a great opportunity to find a solution in the form of a comprehensive agreement. Such an agreement would ultimately make EU membership possible but, even more significantly, it would be enormously important for the future of the people in Serbia and Kosovo."

The Balkans and the danger to the EU

'Peace is more than the absence of armed conflict.'

Are the Balkans still a potential threat to the EU, given the history of the conflicts in the 1990s?

"The time of the bloody conflicts of the 1990s is thankfully over. However, a lasting peace is more than the absence of armed conflict. The 'European Peace Project' has been a true blessing for Germany and for Europe in recent decades. This is precisely why Germany advocates for the enlargement of the European Union to the countries of the Western Balkans. The membership of these countries in the European Union is key to increased stability, cooperation, and a lasting peace. Serbia and the neighbouring countries have a lot to offer, culturally as well as economically. It is high time that these riches were used for the benefit of the people in the region. On the path to this goal, it is very important to build good neighbourly relations and work on the process of reconciliation. Regional cooperation within the Berlin Process has contributed significantly to this. I would therefore like to encourage the countries in the region to continue resolutely on this path." 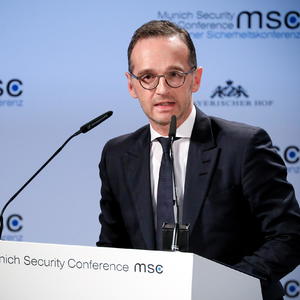 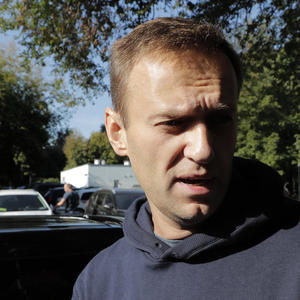 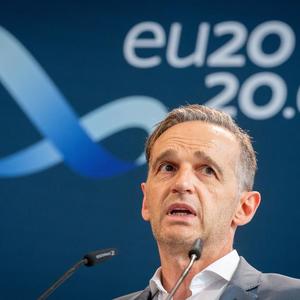 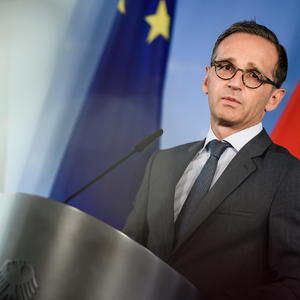