MAJA KOVAČEVIĆ TOMIĆ: Belivuk's criminal clan has an army of football hooligans and could recruit more people than the Zemun gang

'This group is evidently involved in the same type of crime as the Zemun Criminal Clan. They have many members and a hierarchy, as well as collaborators in the police force. In their criminal activities, they use police badges and hideout houses.'

Attorney-at-law Maja Kovačević Tomić was a judge at the Special Court since its founding in 2003 until 2013, when she transferred to the Supreme Court of Cassation. She is now an attorney specializing in criminal law. In her interview with Kurir, as a witness of the time when the Zemun Clan ruled the Serbian criminal underground, Kovačević Tomić compared this clan with the criminal clan of the recently arrested Veljko Belivuk based on the publicly available information.

She also touched on the role of the Prosecutor's Office and the courts, as well as the pressures put on the judiciary. She remarked that judges are obligated to rise above such matters and to issue rulings based on available evidence.

The arrest of the criminal group led by Veljko Belivuk, aka Velja Nevolja (Velja the Troublemaker), has been in the public eye recently, and comparisons have been made between this group and the Zemun Clan. Do you think there are similarities? What are they?

"Based on what the media have been reporting about the arrested members of Veljko Belivuk's criminal group, this group is evidently involved in the same type of crime as the Zemun Criminal Clan. They have many members and a hierarchy, as well as collaborators in the police force. In their criminal activities they use police badges. They are brutal in their dealings with their enemies. They are arrogant and violent in public. They have hideout houses at secret locations, as well as sniper rifles."

Which criminal group is more dangerous?

"The Zemun Clan had the collaboration and support of a part of the Special Operations Unit of the Ministry of the Interior's State Security Service, as well as the partnership with Milorad Ulemek Legija, a former commander of the Unit in question. The members of this elite police unit were well-trained soldiers. It was this partnership, support, and collaboration that gave them enormous strength and power. This in turn allowed them to strike terror across Serbia, sell hundreds of kilograms of drugs, commit murders and conduct kidnappings, assassinate Prime Minister Zoran Đinđić, and attempt to take over the running of the state. I think the Zemin Clan was the most powerful criminal group in this region. It's evident that Veljko Belivuk's criminal group had a lot of power too. They have an army of football hooligans on hand, and were able to recruit more people and probably increase their numbers. Veljko Belivuk became publicly known after the attack against the security detail of the FC Partizan's general manager. The media have linked him with the former Ministry of the Interior state secretary as well as the Kavač Clan."

There is little doubt that Belivuk's clan had the support of individuals from the state authorities. Do you think that everyone from the state system who were involved in this mafia group will be identified and prosecuted?

"I don't know what will be uncovered in the investigation, which has only just started – whether all their collaborators in the police force will be identified, as well as whether they had collaborators at other state institutions, and whether they murdered all the persons whose names are brought up in the media. It's likely that a lot will be uncovered if someone from the criminal group itself is ready to testify and is granted the status of witness turning state's evidence in accordance with the law. I think a lot would be uncovered if an internal investigation were conducted at the Ministry of the Interior into oversights in the police work regarding this group's criminal activities."

Belivuk's group was found in possession of sniper rifles. Do these rifles point to a possibility of planning an assassination, as suggested by some in the state security circles?

"The media have reported that the members of this group were found in possession of a sniper rifle. It is a well-known fact that a sniper rifle is used for high-accuracy target acquisition, from a distance of several hundred meters, with minimal ammunition expenditure. A single bullet destroys the target. Their reasons for having such a rifle will probably be established in the investigation."

After the arrest, the Prosecutor's Office for Organized Crime and the courts will take the next steps. There is a distrust in these institutions among the general public. Why is that? Is this distrust justified?

"There have always been and there will always be pressures, most often through the media. Judges are obligated to rise above such matters and to issue rulings based on available evidence, irrespective of what the general public expects. Often, when a crime is committed but the details are still unknown, and there are only hypotheses regarding who has done it and how, the media present these hypotheses as claims. This misleads the public into believing that the trial can be finished in a quick and easy manner, resulting in such and such verdict. When the court issues a ruling that's different from what is expected, that is when the attacks, criticisms, and distrust start."

'The courts aren't open enough to the media.'

Let me just go back to the fact you that you were also the spokesperson for the Organized Crime Department. How do you see now the cooperativeness and openness of the courts to the media and the general public?

"When the Special Court was established, we decided to be fully open to the general public. I was the first spokesperson for the Court, and I worked well with the media. There wasn't a single reporter whose question I didn't answer or elaborate on. We had a great working relationship. That cooperation and openness gave us the trust and support of the media and the general public. It's different now. I think the courts aren't open enough to the media, which I think is wrong."

You were a judge at the Organized Crime Department's Special Court, and now you are an attorney-at-law. Which is closer to your heart?

"I was a judge at the Special Court since its founding in 2003 until 2013, when I transferred to the Supreme Court of Cassation. I've been an attorney-at-law for a year now. I'm involved in the type of criminal law subject-matter that I was involved in as a judge, and which I know well. I like my law practice, it gives me more freedom. I can choose what I want and don't want to do." 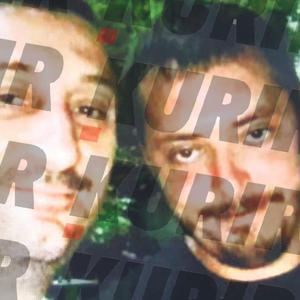 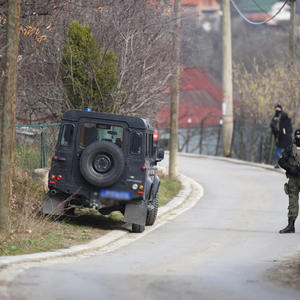 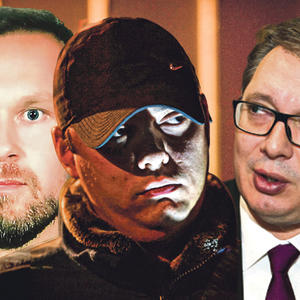