BRANISLAV NEDIMOVIĆ: 'Serbia or the EU, our folk or "the others", that's the question.'

Serbia or the European Union, our folk or "the others", that's the question – albeit an unacceptably exclusionary one. That is precisely the kind of attitude you find in the Serbian agriculture sector, or for that matter, in any other area that this society takes to "treating".

However, there's just one "small" catch for those who think they can treat the world any way they like – the world is no longer remote and of no concern to us. The world is the concern of each and every person in Serbia, as they all depend on it in a thousand different ways. As does a citizen of Germany. Who would the Germans sell their, say, Volkswagen Passat to – a symbol and pillar of their economic power – if they banned everyone from exporting their products to Germany? Well, it's the same with food, no matter whether it's fruit, meat, or vegetables.

It is clear that every producer aims to sell their goods at the highest possible price. To get there, we need to open the high-paying markets, i.e. negotiate agreements with these countries, ensuring that producers here as well as there can do business under equal terms. With the aim of providing as much support as possible for the producers here, we have increased the agricultural subsidies budget by as much as 50 percent in just four years since 2016. We have also provided producers in Serbia with access to EU funds in the amount of 175 million euros although our budget – standing at 400 million euros per annum – is more than twice the IPARD budget, which is distributed across several years.

In addition to this, there are other measures aimed at supporting and protecting the producers here. For example, there are customs duties for foreign products, as well as import levies, collected in season, e.g. when the domestic tomato is ready for harvest. During this period, importing tomatoes doesn't pay off as, due to the additional import levies that we have introduced, they would cost more than the domestic ones at stores and, consequently, wouldn't be in demand. Serbia implements the same mechanism for all products of importance to us, in order to protect its own producers.

Nevertheless, there are many voices demanding again a full ban on imports. They are saying, "What do we need tomatoes from Albania or North Macedonia for? You should ban them from exporting to Serbia." I need to say here that such actions would be disastrous for the Serbian agriculture. Are we supposed to lose the CEFTA, a market to which we export nearly 850 million euros worth of agricultural products alone and from which we import only 180 million euros worth of the same kinds of products, a market in which we are the strongest player by far? Exporting Serbian food to North Macedonia, worth nearly 200 million euros – as compared to imports worth 62 million euros – isn't enough.

It's good to hear that we sell more than 50 million euros worth of agricultural products to Albania – more than twice as much as they sell to us. But some object even to allowing Albania to export as little as that to Serbia, out of local season. Does anyone perhaps expect us to shoot ourselves in the foot?

Are we supposed to jeopardize our EU exports, which we have ramped up in the past four years by an incredible 60 percent and which now stand at nearly two billion euros? We have a trade surplus with Germany and Italy, i.e. we export more agricultural products to these countries than we import from them. Are we supposed to tell them, "Well, ladies and gentlemen, you'll continue buying our fruit and vegetables, but our market will no longer be available to your producers because the trade surplus that we have now just isn't enough for us"?

As I have said, like any other country, Serbia too depends on the very same world from which we wish to take away the option of exporting to Serbia. There is no reason to assume that in that case that same world wouldn't respond in kind. It's clear who would outperform who in such a match between Serbia and the EU. I think that's one story you'll only be able to see at the movies. 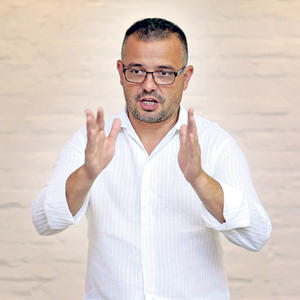 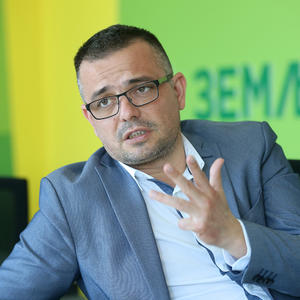 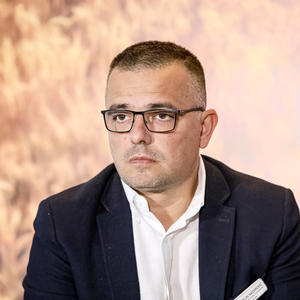 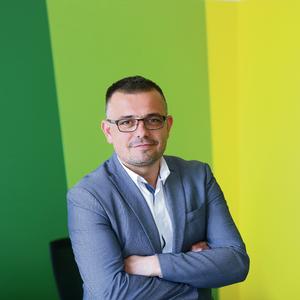