RTS PUBLISHES OPEN LETTER Žeželj to Šolak: ‘Let’s talk in front of the people. I hope you have nothing to hide.’

The RTS has published the open letter of the owner and director of Wireless Media Igor Žeželj addressed to Dragan Šolak, the chairman of the United Group.

Below is the letter in its entirety.

I would like to encourage you to accept the invitation to appear together with me in the OKO national television show, so that we could exchange views regarding the development of the media and media content in Serbia and the region. It is my opinion that the citizens could benefit from clarifying our roles as owners and presidents of companies which own media and occupy an important position in media production. Further, I think that we have an obligation to respond to the questions regarding our connections to the domestic and foreign policy, the impact of our businesses on the media and politics, as well as to establish whether the state has helped either of us develop and try to quantify it, to take a stance towards monopolies, comment on the media-related legislation and the rights of foreign and domestic media, and, of course, answer any other questions that yourself or our hosts on the RTS might find interesting. I hope that you have nothing to hide related to these topics, and that you can answer all the initial and follow-up questions.

Six years of doing business with the United Group

‘I trust that you are aware that Wireless Media has been collaborating with your United Group in the field of digital transformation since June 2014, and that the bulk of your Internet portals was launched or is being launched via our digital platforms. The media include N1 and Sport Klub, and your companies include SBB, Telemach Slovenija, Telemach BiH, Telemach CG, NetTV Plus, and United Cloud. In addition to our platform, you also use our consulting and creative services, and we still provide comprehensive technical and operational support for you. I sincerely believe that we have contributed to your digital development. At the same time, I would like to thank you and let you know that the stable revenues from your United Group have in the past six years had a significant contribution to our development - through the purchase and integration of a number of companies, including Adria Media Group, within which the Kurir daily operates as the most influential medium in the Balkans.

The quality of the Wireless Media system

‘The Wireless Media system that I head at the moment employs nearly 1,000 people in Serbia and the region. Managers with proven track records and authority in the market work there, alongside IT engineers, coders, designers, project managers, business consultants, journalists, newspaper editors, marketing experts, producers, camera operators, television editors, television producers, directors, sales consultants, and many others. Over 1,000 business partners, clients, and advertisers testify best to our quality, and there is hardly any company in Serbia and the region which does not collaborate with us.

The collaboration with Telekom is strategic

‘Our collaboration with Telekom Srbija, your main competitor in the area of internet and television distribution, with which you practically have an established duopoly in Serbia and the region, is strategic in nature, as was the collaboration with the United Group before. The collaboration has lasted since 2004 and has expanded further in the area of multimedia content development, whether in the form of TV channels, TV series, TV shows, live sports broadcasts, or digital formats. I am sure that your team, which used to work with us, knows how much we can and will contribute to their market positioning, as well as what the prices are for such products and services.

Please send my regards to Đilas

‘I would like to take this opportunity to ask you to let your business friend, the politician Dragan Đilas, know that the dirty campaign that he has been running, mostly with the help of your media, against our company Wireless Media and me personally, will not result in me interfering with Kurir’s editorial policy and asking them to stop uncovering and publishing the truth about him, yourself, and your business and other sorts of associations. I hope that you will accept the invitation of the RTS, and that we will have an opportunity to have a good chat in front of the people of Serbia,’ the letter says. 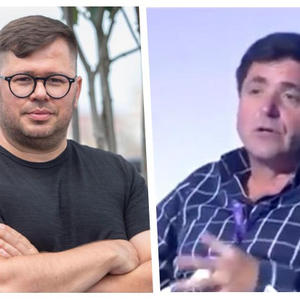 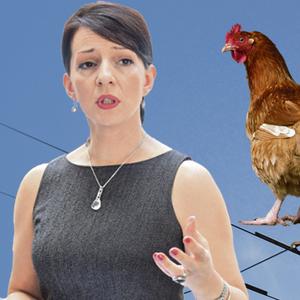