FIRST INTERVIEW WITH MAN WHO TORE DOWN BERLIN WALL IN MNE: Krivokapić for Kurir: ‘People are at the helm now.’

In the first few hours of the election night, as Podgorica and Montenegro were bubbling beneath the surface and no one knew what the future held, Professor Zdravko Krivokapić, the election list leader of the coalition For the Future of Montenegro, was at the campaign headquarters. He was calm and composed, as if he had spent decades in politics rather than a mere few months.

Instead of a passionate speech, he offered his opponents a hand of reconciliation that evening, a victory without payback. He even at one point interrupted the gathered people who started to chant ‘Milo, you thief!’

Professor Krivokapić (62) was born in Nikšić, and lectures at the School of Mechanical Engineering in Podgorica. He has five children and two grandchildren, and many books and academic papers under his belt. His wife is a university lecturer as well. In the run-up to the election, the polls showed that he was Montenegro’s most popular politician.

Professor, last night you said a sentence that you had probably dreamed of saying for years – ‘Montenegro’s Berlin Wall has fallen.’ Did the wall really fall yesterday, or are additional works required?

Yes, that is what I said but, to be frank, I think that only a crack has opened up on the wall. As regards the election results, the rest will be confirmed in the fullness of time by accurate, verified, and precise facts. We have a lot to do, and we need to do it fast, but it is also very important not to make mistakes as a result of speed. The expert team that I have set up has already done a great deal on what to do next after the first steps that we have taken.

You also said last night that Montenegro is in a deep economic crisis, difficult to even conceive. How will the people survive the winter?

Leaving aside the Montenegro Government’s third economic support package, we were not sitting idle either. Rather, we worked hard on our social programme in the previous period. We are looking to find the best solutions with our natural partners in order to weather the period until 1 September next year in the safest possible way.

Are you going to be in power for thirty odd years too, like Milo Đukanović?

I may not be in power now, let alone for 30 years. I do not want power. I want to change the system. I want a society that will not be a slave to the system, or to a single person. A society in which the general interest, the interest of the people, will be above any individual interest. A society in which no one will be able to rule for 30 years.

Aren’t you afraid that power, whatever form it takes, might corrupt you, or elevate you?

I have values that I have stood for since the outset, and which I hold dear in life.

What will the negotiations on a new government with the partners you mentioned be like? What kind of government can the people expect?

I think that there is a sort of unity among the people and the politicians alike, and that that unity guarantees that the negotiations will not take long. We need to be fast and responsible, as both the time and the circumstances require us to be. I think we should rally around five to seven common denominators as a sort of basis, and everything else should be agreed upon. We need to bear in mind that Đukanović has found himself in a similar situation a few times before and managed to find a way out. Now the people are sending a different message, to the effect that turncoats will not be able to change the will of the people. Now the people are at the helm.

I hope to have already shown that I am different. I am just a person from the crowd. I will above all listen to the people wherever and whenever I can, if it befalls me to lead all of this.

Who is Zdravko Krivokapić? What for you is the most important thing in life?

What is most important? I guess what we all draw strength from, our starting point, and end point as well – family. For me, family is the most important thing, it is a measure of consolation and peace of mind. It helps us forget everything else. And faith, of course - this faith of ours, the denominator that brings us together. It was faith and our relationship with the Orthodox religion that started all of this, and helped me to join in.

I have never liked power! A long time ago, my family priest told me that the thirst for fame, riches, and earthly pleasures are three hard temptations that one needs to steer clear of. Of course, I am not forgetting that Montenegrins’ default position is to like fame, and that the thirst for fame is one of these temptations. I am giving it my all not to succumb to these weaknesses.

How does one bring reconciliation to a feuding and divided Montenegro?

I think bringing reconciliation to Montenegro will be easy, as the process of reconciliation will follow soon after the transition of power is complete, and we leave behind what the ruling circles have been imposing.

You are aware that people expect a lot from you?

Improving the quality of life is what is most important, and that needs to be done as soon as possible. This is the basic expectation that people have of us. Lastly, but by no means any the less important, age-old values need to be revived and preserved, as well as lived by. And we have so many of them.

Should the DPS supporters be afraid of you?

Those who are not guilty have nothing to fear! As I said last night, we are offering everyone a hand of reconciliation, which is the basis for making Montenegro what it ought to be. It is the best place to live in. We have enormous potential, except that this potential needs to be realized. What is most important is that everyone in Montenegro lives off their own work, not as things are now – having three jobs and still not being able to meet their basic needs.

Are you afraid of surprises in the upcoming negotiations on a new government?

I have been sincere since the outset. I hope that eventually sincerity will result in what is best for Montenegro and not for any individual. 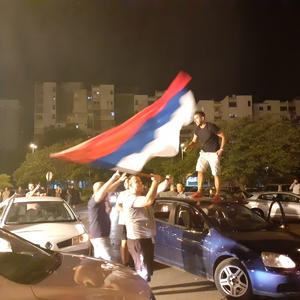 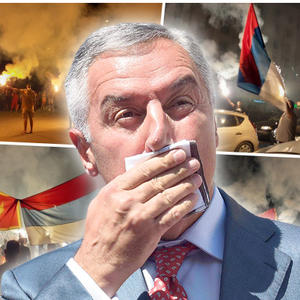 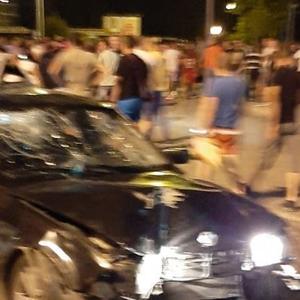 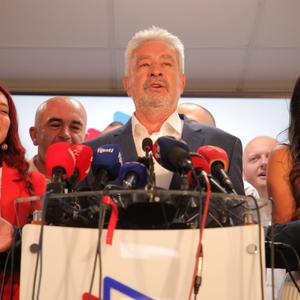