SINIŠA MALI FOR KURIR: ‘Negotiating with Americans is difficult, but Trump understood how best to help the region.’

‘Negotiating with Americans is difficult, which describes well the Washington talks – they were difficult, with a great deal of pressure. What is most important – and this goes for both Serbs and Americans – is that once the difficult talks are over, what we have agreed on is carved in stone.’

Opening the regional office of the United States International Development Finance Corporation (DFC) in Belgrade certainly is one of last week’s highlights. In an interview for Kurir, Minister of Finance Siniša Mali explains why this event is seen as historic from the standpoint of Serbian foreign policy, and revolutionary in terms of its effects on the local economy. Alongside the details of the tough negotiations at the White House, Mali also reveals why he is convinced that the US-Serbia agreement will be set in stone.

You were very pleased after the meeting with the DFC representatives. What are the three key things Serbia gains by this institution’s presence in Belgrade?

The three key things are the new guarantee scheme, then support for micro, small and medium enterprises, and incentives for US investors to come to Serbia. Regarding the guarantee scheme, let me just remind you that when the coronavirus pandemic broke out, we set up a guarantee scheme with the commercial banks such that up until now our companies have been granted 1.3 billion euros. We expect that the guarantee scheme will be more favourable in agreement with the DFC. Next week we will continue with the meetings to flesh out the agreements. In addition to the guarantee scheme, they insist that we provide a special line for developing micro, small, and medium enterprises further. This is one of the absolute priorities for us as well, as these enterprises constitute the backbone of the local economy. Further, DFC would like to support US investors in coming to Serbia. Opening their office in Belgrade sends a good signal to other investors. 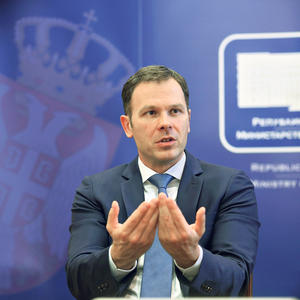 You announced that we would feel the first effects of opening the DFC office as early as November. What exactly do you expect and in which areas?

In agreement with the representatives of the DFC and the other institutions which have visited Serbia, the plan is to have specific proposals for the guarantee scheme and for supporting micro and small enterprises by the end of next week. If these proposals are acceptable or need minor modifications, we can start adopting the necessary documents fairly quickly. Let me just remind you that in November we need to adopt the 2021 budget. If in the meantime we reach an agreement with the DFC, we expect that all the other agreements will be ratified in Parliament as well, should the need arise. Following this, we will proceed to implement all of the programmes.

An open question remains regarding how much money will be earmarked for the development of Serbian companies and under what terms. Have you received an offer?

We are talking about billions of euros, that has been confirmed. So, we do not know yet the precise amount, as quite a bit depends on us and our projects, as well as on our companies. What is certain is that it is a huge amount of money. As you have seen, Americans are very swift and efficient. The DFC office in Belgrade was opened only two and a half weeks after signing the Washington Agreement, so I believe that we will soon agree on the details as well.

Grenell often came to Belgrade to attend meetings on behalf of President Trump. You have had the opportunity to go to the White House, and now you are having talks with the managing director of the DFC office John Jovanovic. What are Americans like in negotiations?

I received part of my education in the US, and gained some work experience there, so I know very well how difficult it is to negotiate with Americans. This is precisely what the negotiations in Washington were like – difficult, with a great deal of pressure and many things to resolve in a fairly short time. What is most important – and this goes for both Serbs and Americans – is that once the difficult talks are over, what we have agreed on is carved in stone. As you can see, we have already embarked on implementing the agreement, which testifies to how serious both parties were in the talks. At the moment, we already have a DFC office in Belgrade, a series of talks on specific projects, the guarantee scheme, the development of the infrastructure, etc. This bears witness to the seriousness of both parties, and I am glad to have been part of the process and the historic moment in Washington. 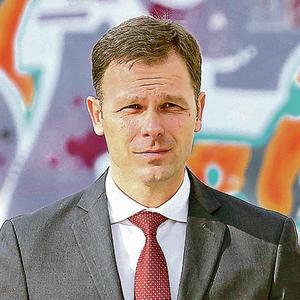 What impression did you get of President Trump?

A powerful one. You could see that he is someone with a tremendous amount of energy, and that he is very direct. Trump understood how best to help the region, putting emphasis on the economy. The agreement will contribute to the development of the entire Western Balkans: investments will be made in the infrastructure, and new jobs will be created, which is important for Serbia as much as the entire region.

Regarding the Serbia 2025 programme, which you also presented to the DFC representatives, what projects could they be interested in?

As you know, the agreement already contains the item stating that we will work with the DFC on the project of the so-called Peace Highway linking Niš and Priština, as well as on rail links from Niš to Merdare and from Niš to Priština. So, all these projects already are in the Serbia 2025 programme. That has been agreed so far, and we believe that in the upcoming few weeks we will agree on other important infrastructural projects, which they have already expressed an interest in.

What is your response to the critics, for example Đilas, who oppose the DFC billions, the Niš-Priština highway, and the rail links to Albania? Đilas says that this increases Serbia’s state debt.

The infrastructural projects that we will implement in collaboration with the US Development Finance Corporation should benefit the entire region – all its people, and most of all the people of Serbia. As you know, we are a dominant, biggest economy in the Western Balkans and the entire region. Serbia will invest money in line with the extent of its interest in the growth of this region, and I do believe that we have an interest and that our economy will benefit the most from a further development and opening of the entire region. As far as Đilas is concerned, I think that talking about him in the context of such serious topics is a waste of time. Of course, he is against anything in which he does not have a personal interest or cannot see one. On the other hand, he is obviously running out of money, so he would like to return to power and pocket the state money belonging to the people of Serbia. Not only will we stop him from doing that, but we will also keep fighting for a free, economically stable Serbia and an economically stable region, despite the likes of him. 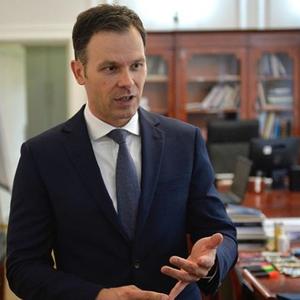 Many see the DFC presence as the US curbing the economic influence of Russian and China on the Serbian economy. How do you comment on that, and can this arrangement jeopardize the agreed or future projects with Russians and the Chinese?

As President Vučić has pointed out many times, what guides us are the interests of this country and its people. So, Serbia has demonstrated amid the coronavirus pandemic that it is one of the most stable countries in Europe and the world. We have not had mass layoffs, or factories shutting down, which the countries far more developed than us have had. It is precisely this that proves how stable and safe we are. Our unemployment is at a record low, standing at 7.3 percent in Q2 of this year. The latest data from July shows that the average salary has risen above 510 euros for the first time. All of this proves that our economic policy works, so naturally there is a great interest from US and Chinese investors, as well as from all over the world. Acting in the interest of the people of Serbia, we work with anyone who is interested in working with us in the right way, on projects beneficial to the people. Therefore, we are open to, and keep working with, Chinese and US companies, of course. The DFC presence will no doubt be very symbolic and will send a signal to more US companies to come here. As you know, our greatest investors are the EU countries, so it is the diversification of the countries and companies coming to Serbia that

ON THE NEW TERM IN OFFICE AS MINISTER

’I would like to continue working on the projects I started.’

Does this recent undertaking to bring the DFC to Belgrade mean that you have secured a new term in office as the minister of finance?

’I think that matters the least. Of course, I would be glad to be able to continue my work on some important projects that we have launched. We have done a great job, especially since the start of the coronavirus pandemic – our public finances remain stable, and that is what matters to me the most now.’ 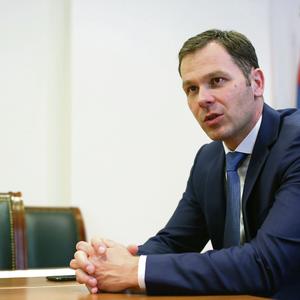 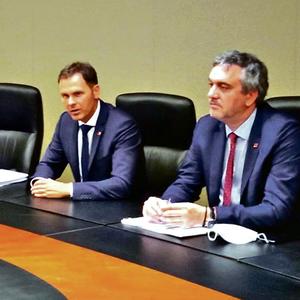