5 October – Two Decades Since the Fall of Slobodan Milošević

* A magnificent victory of the huge majority of people’s will for dignity, which the DOS appropriated and ruined by individuals’ will for power. Mile Isakov

* 5 October is the end of communism in Serbia at multiple levels, and ten years late. Vojislav Koštunica

* People had great expectations. We wanted to affirm the choice made at the election and to free the media. But, we didn’t want violence, and there was none. Velimir Ilić

* It was crucial that the general strike was a success, owing to the Serbian provinces. The general strike really was risky, but there was no other option - for us it was do or die. Zoran Đinđić

People took to the streets and successfully defended the election results. Milošević was sent to history.

The refusal of the then President of the FRY to acknowledge that he had lost the election to Vojislav Koštunica resulted in the country-wide general strike. Serbia ground to a halt, and the central rally was held in Belgrade, where the change of power was won.

Čanak: ‘If someone from the police had opened fire, the people would have responded, and there is no doubt that a civil war would have followed.’ In the presidential election held on 24 September 2000, the then President of the Federal Republic of Yugoslavia lost to the nominee of the Democratic Opposition of Serbia (DOS) Vojislav Koštunica, but refused to acknowledge defeat. This set in motion a chain of events resulting in mass protests across the country, culminating on 5 October.

According to the accounts of the participants in these events, as Milošević refused to acknowledge Koštunica’s election victory, a country-wide general strike was initiated. Workers across Serbia decided to start the protests, with the miners at Kolubara, where electricity is produced for most of the country, launching the strike action on 29 September. The country ground to a halt, and Milošević’s bull-headed refusal to face the reality rallied up the nation on 5 October. Endless lines of cars, buses, and trucks arrived in Belgrade, and even bulldozers were used to break through the police roadblocks. Nenad Čanak, president of the LSV, a party that was part of the DOS, said in a conversation with Kurir that he had been in Novi Sad on that day. He was first on the radio answering Novi Sad locals’ questions alongside Gordana Čomić, a former MP of the Democratic Party. Then he went over to the City Hall in order to ensure the control of the media - which, he added, had been literally ‘spewing out Milošević’s lies’ until that very morning - was taken in a peaceful fashion.

I was explaining to the listeners why we had prevented a close contact between the citizens and the police cordon at the Petrovaradin Bridge. The cordon consisted of unequipped police academy students, and attacking them would have most certainly meant a green light for an action of the special police forces located near the bridge. By preventing contact between the citizens and the young police officers we indubitably prevented clashes and casualties. During the radio show I received information on the goings-on in Belgrade. What I feared the most was bloodshed and street clashes. If someone from the police had opened fire, the people would have responded, and there is no doubt that a civil war would have followed,’ Čanak said.

Although there were protesters in all Serbian cities, all eyes were on Belgrade. Around 3pm, the city centre was packed, and those gathered there tried to get into the Federal Parliament building, where the material for the second election round, announced earlier, was located. The police used tear gas to disperse the crowds, but a group of people managed to get into the building through a window. Soon the police forces protecting the building pulled back.

In late afternoon, the protesters stormed the Parliament building and went on a destruction and burning rampage. The RTS had a similar fate. One of the most important things on that day, which profoundly affected the course of events that followed, was the refusal of the military units, and then of the police units as well, to go against the people. ‘Milošević had ordered the Army to go into the streets before. This happened on 9 March 1991, so it wouldn’t have been a surprise. March 1991 was different in the sense that the Army obeyed him then, but they did not in 2000,’ Čanak said.

Faced with the anger of the protesters and the silence of the military, Milošević acknowledged defeat, and the new head of state, Vojislav Koštunica, addressed the crowds from the balcony of the Belgrade City Hall building. On 6 October, Milošević officially acknowledged defeat and congratulated the DOS nominee on his election victory.

When we asked him if he would have done anything differently today, the LSV leader said: ‘If back then I had had the strength, no doubt October 5th, 6th, 7th, and 8th would have looked different. Serbia would have been a more modern and successful country. Unfortunately, there was no will to implement profound system-wide changes, and we are still living with the consequences of that.

On the eve of the 5 October change of power, leader of New Serbia Zoran Živković was the mayor of Niš. On that day, he made his way from Niš to Belgrade with a group of supporters. Belgrade was where, he says, the ‘great peaceful Serbian revolution’ took place. ‘5 October wasn’t just a single night, or a single day. It was an entire project aiming to bring Serbia back to normality from the edge of the abyss. Step one was forming the DOS coalition and winning the election on 24 September 2000. That victory was a result of hard work, campaigning, the courage of the people, and the courage and wisdom of those who ran against Milošević in the election. I think of 5 October as ‘additional works’ – the chief part was achieved at the 24 September election. So essentially, we defeated Milošević in the election, and not in the street. But, since he wasn’t willing to acknowledge our victory, we had to convince him by bringing a couple thousand people to his door,’ Živković said for Kurir.

It was agreed to gather up at the centre of Belgrade around 3pm and start the protest. He adds that storming the Parliament was not part of the plan:

’However, some of those gathered there, provoked by the tear gas or, rather, the chemical weapons that they used against us, lost patience and went into the Parliament building. Our job was to make them get out of there and ensure they weren’t causing any kind of damage, because it is above all the people’s assembly building, and it shouldn‘t be destroyed. In the evening, one of the major problems was how to find Vojislav Koštunica, because the job was done by around 3.30pm – the police and the military had taken sides with us, we had entered the RTS building as well, speeches were being delivered from the City Hall balcony, and it was only then that he showed up. He said that all that while he had been in a basement in Dorćol,‘ Živković recounted. During the night, he added, they were in control of the situation in Belgrade and all of Serbia. S. Slamnig

Jasmina Jovanović from Miloševac (near Velika Plana) was run over by a truck and killed. Momčilo Stakić from Krupanj died from a heart attack. As many as 65 people sustained injuries in the streets of the capital.

’Somehow I knew that 5 October was the day. I went to the protests with my mother, there was tear gas everywhere, we couldn’t breathe, and the police attacked us.‘

’The power of the people was burned in my memory. It was unstoppable.’ Deputy Prime Minister and Minister of Construction Zorana Mihajlović was in the streets with her mother on 5 October 2000. They had swallowed a lot of tear gas, she said in a conversation with Kurir, and were attacked by the police. All that, she added, was nothing compared to the life they had lived before – poverty, salary paid in coins, her brother at the front in Vukovar.

Wars and the crisis ’The 1990s, all the way until 5 October, was a very difficult period: wars and lying to the people that there was no war when our fathers and brothers were in it. My first cousin on my mother’s side, who I was very close to, was in Vukovar. He came back alive, but all that had an impact on his future, and he dropped from the university. Then there were the horrific economic sanctions,’ Mihajlović said, adding: ’In the early 1990s, I was living with my mom, in Novi Beograd and then in the city centre. I remember the power cuts...’ She found employment right after graduation, she recounted: ’The salary that I was getting was a few Deutsche Mark coins. The petrol obtained off the books, the bombing, the closing off of Serbia ... Yes, I fought with everything I had against Slobodan Milošević’s regime. ’I went to all the student and other protests, because that wasn’t the country in which I wanted to have a child.’ When the country rose on 5 October, she said she had known that that was ‘the day’.

Solidarity ’At that time I was employed at Elektroistok (EPS, Elektromreža today). Somehow I knew that 5 October was the day. I went to the Parliament building with my mother, there was tear gas everywhere, we couldn’t breathe. We got away and headed towards the Narodnog Fronta street. Mom was by my side throughout. Fighting and going to almost all of the protests. The police attacked us, but we somehow managed to escape. There was solidarity among people, we took care of each other, but what got burned in my memory was the power of the people and the enormous hope and love of life and country. It was unstoppable,’ Mihajlović recounted, adding:

‘Milošević and his regime never stood a chance. We wanted the people to be respected, because the job of a statesman is not to lead the country into war, but to preserve peace and stability, and to protect the territorial integrity and do whatever they can for the people. Milošević was no statesman.’ 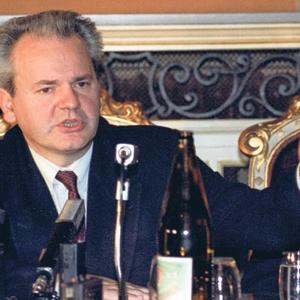 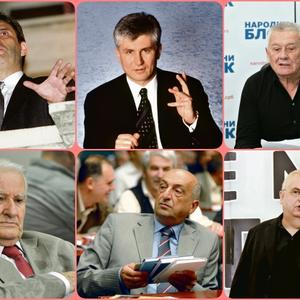 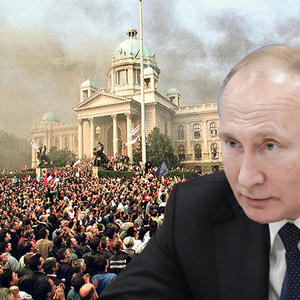