Despite the incontrovertible reality, expressed in precise numbers, in which we have had a record of successes in the economy and the fight against crime and the coronavirus, Đilas is trying to persuade us that Serbia without him in power is Europe's black hole.

The leader of the Party of Freedom and Justice Dragan Đilas has created a whole imaginary world for himself, and is trying to drag everyone around him into it. In his public appearances and, even more noticeably, in the way he treats his associates, the name of Đilas's favourite game is quoting misleading numbers and twisting facts, whether he is talking about the economy, how to curb the coronavirus epidemic, the state's fight against crime, or his political rating.

In very real terms, Đilas acts like a rich and spoiled brat who looks at himself in the mirror and imagines that he is the most beautiful, intelligent, and popular. However, as he harbours a driving ambition to be taken seriously as a politician, we need to remind him that in the world of responsible adults there is no political playground in which he can go around trying to persuade people that Serbia without him in power is the black hole of Europe. Đilas needs to face up to the truth and realize that there is something called incontrovertible reality, which is entirely different from his spin, wishes, or pipedreams.

Irked by the rating

Fewer and fewer people buy into the fanciful tales of the Freedom and Justice Party leader, especially in his immediate environment. This is confirmed by the latest opinion polls conducted by prominent polling agencies. It is understandable that this puts Đilas at unease and makes him want to produce ever new justifications for the general public and his associates. What is difficult to grasp is that he takes his anger out on the pollsters, never blaming himself for anything. Still less acceptable is the fact that he has been smuggling in his own version of reality, according to which Aleksandar Vučić and his Serbian Progressive Party can allegedly count on 38.6 percent of the vote. It appears Đilas was properly irked on Tuesday, when Marko Uljarević of the Ipsos polling agency presented the latest ratings in the TV show Upitnik on the RTS: Vučić and the Progressives, without the coalition partners, are at a historical maximum, with 63 percent of voters supporting them, while the Freedom and Justice Party's rating falls somewhere between one and three percent. What is Mr Đilas unclear about here?

Ninth and 14th in Europe

This opposition leader has also used the Covid-19 pandemic crisis as a playground for his favourite game – manipulating data and throwing a wrench in the works of the state's fight for the life of each citizen of Serbia. A self-proclaimed untouchable medical expert, Đilas brings down the authority of those who have been on the barricades for months, calling Serbia the worst country in terms of its fight against the pandemic. He actually claims that Serbia is the last but one, with only Colombia behind it. What is Mr Đilas unclear about again? The data provided by Worldmeters, which monitors all the countries of the world, shows that our country is in ninth place in Europe in terms of the number of infections per million people, and 14th in terms of the number of deaths per million people. According to these two criteria, Serbia is by far the best in the region and among the more successful in Europe.

Until a few days ago, Serbia had even been a sort of a 'desert island' in the middle of Europe. While Đilas was criticising our Pandemic Task Force, the data of the European Centre for Disease Prevention and Control (ECDC), the most competent institution of this type in the Old Continent, indicated that Serbia had had 20 infections per 100,000 people in the previous two weeks. These Đilas's tricks and manipulations seem to be of greatest service to him in casting a spell over his own people – something he has been increasingly unsuccessful at.

Bothered by the strong economy too

Despite the convincing feats of the Serbian economy, which make it one of the most robust in Europe amid the pandemic and the economic crisis, and despite the fact that Serbia has received praise for that from all the relevant quarters, Dragan Đilas keeps deceiving the general public. He does that most often through the media owned by Dragan Šolak, where he advances claims regarding the plummeting economy and a made-up sovereign debt which, as he asserts in a state of panic, is the doom and gloom awaiting each and every citizen of Serbia.

'Serbia does in fact owe, or rather, will owe - once we receive all the money for which we have signed contracts or made public commitments - as much as 50.4 billion euros,' Đilas said.

The truth of the matter lies once again outside of Đilas's imaginary worlds – the economic policy and the reforms have brought Serbia to the very top in Europe. The assessment of the International Monetary Fund (IMF), which has bumped up its projections regarding Serbia's 2020 GDP, constitute indisputable proof of the stability of the Serbian economy. The IMF has also praised the monetary and financial measures taken, as well as the fiscal package adopted, in response to the crisis, concluding that they had a key positive role in shoring up the economy. It is therefore no accident that as much as 61 percent of all direct foreign investments in the Western Balkans are made in Serbia.

As for the state of the sovereign debt and the Serbian economy, Minister of Finance Siniša Mali explains it for Đilas:

'The man cannot stand the excellent economic results, and will do whatever he can to diminish their importance. The fact remains that we will have the best result in terms of economic growth in Europe; that our sovereign debt is under control; that we have helped the economy by 5.8 billion euros at the height of the biggest crisis; that we are raising salaries and pensions; and that unemployment is at a historical minimum of 7.3 percent,' Mali said, adding that the situation in the Serbian health system is far better than in Đilas's time.

What the Freedom and Justice Party leader seems to be bothered by the most are the results of the fight against crime. He takes every opportunity he gets to declare in the media that he controls that Serbia is the 'Colombia of Europe', describing it as a 'state caught up in a web of crime'. And yet, things here are not the way Đilas would want them to be either. The facts are once again incontrovertible: The Ministry of Internal Affairs has in recent years had far better results than the previous administration.

'The number of murders is down by about 25 percent, and robberies by about 23 percent. The total number of felonies is drastically reduced,' President Aleksandar Vučić said recently, announcing a resolute fight against the mafia. Furthermore, the former minister of internal affairs Nebojša Stefanović recently presented the data on the fight against corruption:

'Between 2014 and 2020, as many as 160 public enterprise managers, local government leaders, state secretaries, ministerial assistants, officials at various administrative levels, as well as all the other individuals against whom evidence has been found, have been arrested . They will be brought to trial in independent courts, resulting in verdicts of guilty or not, ensuring that justice is done for the citizens of Serbia,' Stefanović said.

'The WHO has recognized Serbia's efforts. They are likely more valid than Đilas.'

Mirsad Đerlek, State Secretary at the Ministry of Health, said for Kurir that Đilas's criticism of the health system is no more than an attempt to raise his irreparably bad rating.

'Đilas has no understanding of what he studied at university, let alone health and medical topics. The WHO has recognized Serbia's efforts in fighting the pandemic, making it one of the more successful European countries in this respect. Their opinion is likely more valid than Đilas's. Can I remind you that when the coronavirus started in February and March, many EU countries were warning our president that our health system would collapse in five days. Fortunately for us, and unfortunately for them and Dragan Đilas, the state has demonstrated how to keep up the fight for the lives and health of all citizens, regardless of their political affiliation, faith, or nationality,' Đerlek said. 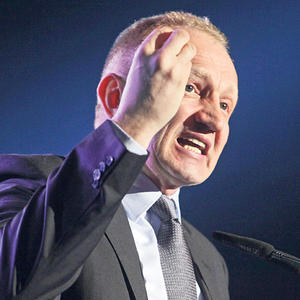 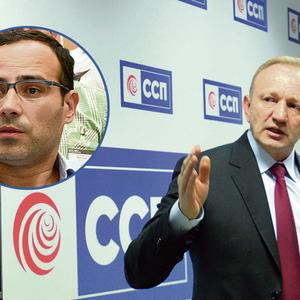 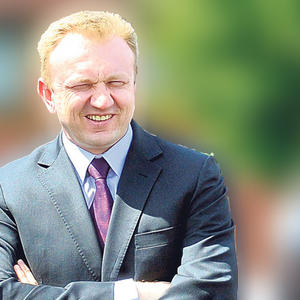 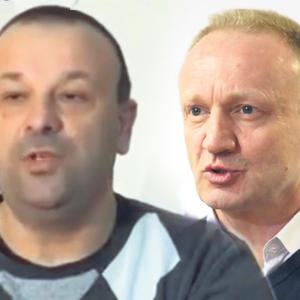