STEVEN NDEGWA: 'The Serbian economy has fared better in the crisis than many EU and Balkan countries"

'This year Serbia will have the smallest drop in economic activity in the Western Balkans, standing at minus three percent – far less than what is projected for the EU (minus 8.4 percent) or the six countries of the Western Balkans (minus 4.8 percent),' head of the World Bank Belgrade office says.

"The Serbian economy has fared relatively well during the coronavirus pandemic crisis, compared to other countries. The economic recovery will be stronger in the upcoming period and the growth prospects better if Serbia takes the opportunity to breathe a new energy into the economy by implementing important reforms," Steven Ndegwa, head of the World Bank office in Belgrade, said in an exclusive interview with Kurir. He pointed out that the decrease in Serbia's gross domestic product (GDP) would be far less than in the countries of the Western Balkans and the European Union, adding that the Serbian economy could return to the previous growth path as early as 2021.

After several years of growth, this year the World Bank forecasts a decrease of Serbia's GDP of about three percent. How much of a risk does that pose to the Serbian economy?

This year Serbia will have the smallest drop in economic activity in the Western Balkans, standing at minus three percent – far less than what is projected for the EU (minus 8.4 percent) or the six countries of the Western Balkans (minus 4.8 percent). This is primarily a result of a sizeable fiscal stimulus package, comparable to the packages of far richer countries. The budget support for the economy and the citizens already stands at about 13 percent of the GDP, which is comparable to far richer countries. This form of fiscal support was possible owing to the good starting position: years of fiscal consolidation have helped the Government reduce the public debt over the past several years and increase its deposits. In addition, the activity in some sectors was better than expected, for example in agriculture, staving off a deeper recession this year.

When can the Serbian economy be expected to recover and the GDP to grow again?

Economic recovery is expected as early as next year. Of course, many developments are outside of Serbia's control, but its economy should soon be returning to the previous growth path. In order for this to happen, the Government needs to implement the ambitious set of reforms laid out in PM Ana Brnabić's keynote address, as well as in the recent report of the World Bank, titled Serbia's New Growth Agenda. Only reforms can help the Serbian economy get out of the crisis stronger and better prepared for future challenges.

The global economy is in an ever-deepening crisis, and that is a fact. How does Serbia compare to the Western Balkans, the EU, and beyond?

Serbia has fared relatively well, compared to other countries. The economic recovery will be stronger in the upcoming period and the growth prospects better if Serbia takes the opportunity to breathe a new energy into the economy by implementing important reforms. The implementation of some reforms has been a long time coming, e.g. the reform of state-owned companies: some need privatization and corporatization, while others need better management. Another set of reforms is related to preparing the economy for the future; they are to do with 'green growth', leading the country towards cleaner energy, better waste management, and environmentally safer agriculture. The Government's commitment to these future-oriented reforms is laudable.

What is your view on the state support that the Serbian economy has received during the coronavirus pandemic?

All governments are trying to provide support to businesses and citizens. The Serbian government's response was swift and comprehensive. The Covid-19 pandemic has resulted in an unprecedented health and economic crisis, and we are all still learning what the best options are for helping citizens and the economy. One of the lessons for Serbia is that what is needed is better-targeted help. The budgetary resources are depleted, and the support provided needs to more selective. We have good news in that area as well: when the new social card register is set up and becomes operational, it will be a precious tool for the Government to use in allocating support to those who need it the most.

Lastly, is the world in for a bigger economic crisis than the 2008 one?

In terms of the depth of recession – yes, unfortunately. The expected drop of this year's global economic activity will be bigger than during the global financial crisis of 2008-2009. In addition, unlike ten years ago, this economic slump is accompanied by a health crisis, which has resulted in many casualties. We hope that the vaccine will soon be made and that we will be able to return to normal life and work, in order for the recovery to start in 2021.

According to your assessments, does Serbia have a potential public debt problem?

"I would like to point out straight off that, although there has been an increase in the public debt this year, there is no public debt crisis. We hold that this increase was one-off, as the Government has had to increase budget spending this year. And we have seen that in countries across Europe and the world. We expect the Government to remain committed to a responsible fiscal policy in the future, as it has been in the previous several years." 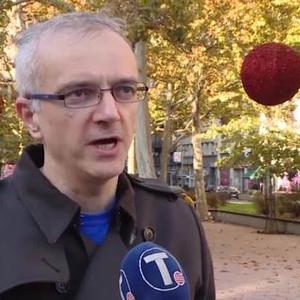 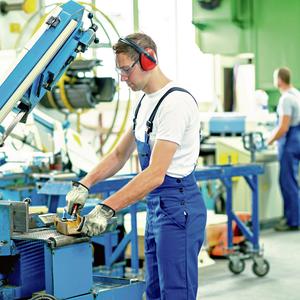 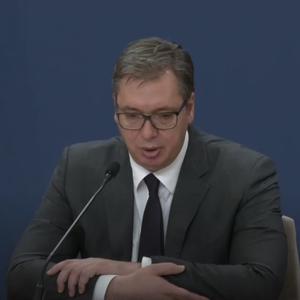 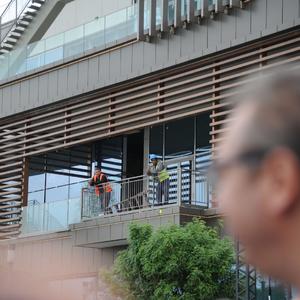