PLANT A TREE! ANNIVERSARY: Our efforts have paid off - new forests are growing!

It has been a year already since AMG, dm drogerie markt, citizen volunteers, and partner institutions planted a record 51,000 saplings in a single day.

The satisfaction one feels after a job well done is surely one of the greatest feelings in the world. Perhaps that is the best way to describe the feeling that came over us when we visited Boljevci a year later. For most people it is a residential area in the Surčin municipality, located on the left bank of the Sava, but for us it is a place where 365 days ago we made history alongside thousands of citizens.

How it all happened

The morning of 17 November last year was cool and dry. As we slowly took our positions, equipped with raincoats, gloves, rubber boots, spades, and hoes, the sun started to shine through, promising a day without rain. A good sign – the campaign could start. PE Srbijašume staff gave precise instructions to those present about the planting process. Everyone was attentive, listening to them carefully. Soon enough, three-activist strong work units were hard at work patiently planting saplings one by one. And this went on until exactly 51,256 oak, narrow-leafed ash, spruce, and black pine saplings had been planted! Not just in Boljevci, but also at 33 more locations.

We all had the same task that day, and that is what is valuable. Thousands of us - Adria Media Group and dm drogerie markt together, as the organizers of the Plant a Tree campaign, partner institutions, volunteers, activists, citizens – did something extraordinary. To use a sports term, we made history. The fact that Plant a Tree has been officially recognized at Global Media Awards, in the Community Service category, shows how motivating our campaign was and how noble a goal we had set.

As we had promised, we went to the same place again a year later. We tried to find out what we had succeeded in doing and whether our efforts had 'paid off'. We have every reason to be happy with what we saw: a plot of land had become a vast space of hope. The road from a narrow-leafed ash sapling to a forest is long, but there is no doubt that the journey had started well. Experts have confirmed this too.

"One year on, we can conclude that everything has gone well, as nearly 100 percent of the plants have taken root at this location. Approximately 97 percent of the total number of saplings struck, are doing well now, and will continue to grow with appropriate care taken in the upcoming period. I believe that in about 10 to 15 years we will see a beautiful narrow-leafed ash forest here," Boris Ivanović, a forestry engineer (M.A.) from PE Srbijašume, assured us.

Encouraged by the results of last year's planting drive, we set a new goal at the same place: we will be planting at as many as 100 location across Serbia until late March 2021!

Igor Žeželj, CEO of Adria Media Group, took a look back on last year's success of the Plant a Tree project and the results of this year's ongoing campaign:

"We have many reasons to be happy with what we have done and to continue our fight for nature. We owe a debt of gratitude for the success of the Plant a Tree campaign primarily to the citizens, as they responded in record numbers, making it possible for us to proudly visit the reforested areas across Serbia a year later. When we become aware that the saplings we planted a year ago, or those that we are planting now, will grow into proper trees when our children grow up, then we will understand why this project is referred to as a generational one and why it is important for the society as a whole."

Žeželj pointed out that the Plant a Tree project has become an ever-expanding community of citizens and partners, adding that we are grateful to everyone who recognizes its importance.

On the same task

"Each individual is important to us, as each planted tree is precious for Serbia. We have launched drives in line with the recommendations and succeeded in planting trees at about 56 locations between September and mid-November, which is a great result. We aim to reforest a total of 100 locations by the end of March 2021. In parallel with launching planting drives on the ground, we continually inform and educate our fellow citizens on the importance of reforestation and forest preservation. Our media uphold the values of our company, which has been uncompromising in its commitment to sustainable development and the protection of nature," CEO of Adria Media Group concluded.

Alexandra Olivera Korichi, Managing Director at dm Serbia and dm North Macedonia, is very proud of the results achieved since the launch of the project Plant a Tree. She pointed out that the great reforestation campaign, which she had participated in, was a crowning success, but also that she was glad to see the project continuing and more and more people joining important drives.

"The mass planting of precisely one year ago indicates that we succeeded in sending powerful environmental messages, drawing attention to the importance of preserving our ecosystem. All those who were at any of the 34 locations across Serbia on that day recognized the economic and environmental significance of forests and planted future generations' oxygen. We acted in unison, with the same goal, which was the primary motivation for launching this project. We demonstrated once more in action the importance of the communal spirit and the necessity of all of us getting involved in order to ensure a healthier environment for ourselves, our families, and the community that we live in. Our company will continue its commitment to the preservation of everything that is essential to every human being. I am especially proud of our staff, who have been directly involved in all the drives in the Plant a Tree project from day one," Korichi added.

"And that is a record in the mass planting campaign in the region. However, this number is also our daily sapling planting average in the areas of land that we manage, as every year we plant about four million saplings on average. And our job does not end there. On the contrary. For five years following planting, steps are taken to provide intensive care for the saplings in the newly reforested areas, allowing them to grow into forests. In addition, it is important to mention that drawing the public's attention to the significance of forests and reforestation, as well as to the necessity of preserving, improving, and protecting forests and the environment, would not be possible without a vigorous media campaign mounted as part of the Plant a Tree project by Adria Media Group. In so doing, you have made it possible for us to promote the activities of PE Srbijašume and, most importantly, to promote forestry as a profession of the future. We have a common goal, and our involvement in preserving, improving, and protecting forests will determine our fate," Braunović noted.

BRAUNOVIĆ: 'OUR ROLE WAS TECHNICAL AND OPERATIVE.'

Igor Braunović, acting director of PE Srbijašume, pointed out that this company had an operative and technical role in the undertaking:

"In light of the fact that PE Srbijašume manages forests and forest land of the Republic of Serbia covering the area of 892,073 hectares, that we perform expert and technical work in privately-owned forests covering about 1,200,00 hectares, as well as that we have the best-organized mass production of high-quality saplings of forest trees in 20 plant nurseries across Serbia, where app. seven million saplings are produced annually, it was to be expected that PE Srbijašume would be given the main role in the operative and technical implementation of the Plant a Tree campaign objectives," Braunović said. 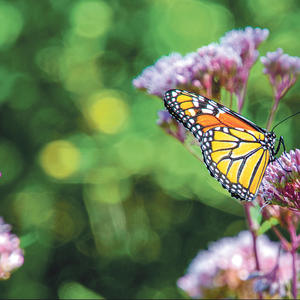 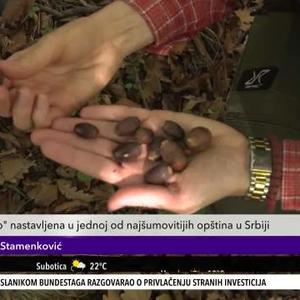 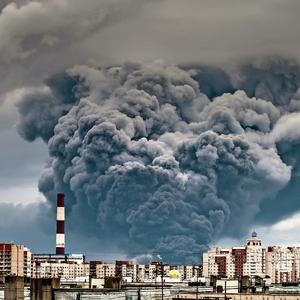 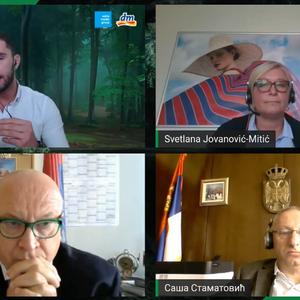