THEY GOT THEIR BACK: Who in state administration lets REM not do its job!

For over three months, the REM has been ignoring Kurir's request to initiate oversight of TV N1, owned by Šolak's United Group, and ensure it operates under Serbia's laws. It has also been ignoring our questions. In addition to the REM, other institutions have also been silent.

The Regulatory Authority for Electronic Media (REM) keeps shirking its responsibilities, refusing for years to ascertain that the co-owner of United Group, Dragan Šolak, and his media outlets – first and foremost N1 – have false grounds for their status as a cross-border television. Thanks to the REM and the influential persons in it and other state bodies, which evidently defend Šolak's interests, United Group's media have a privileged position in the Serbian market compared to all other TV companies.

The REM keeps ignoring Kurir's questions related to the actions that it ought to have taken under the law to ensure orderly conditions and grant TV N1 the appropriate status – that of a domestic media outlet. Specifically, in early September Kurir requested that the REM start to do its job at long last and defend the laws of this country. Our official request demanded of this state body to initiate oversight of TV N1 and, based on the facts of the matter, take away its privileged market position. However, the regulator has been keeping Serbia's general public in the dark for over three months, continuing to deliberately and falsely narrow its remit and maintaining in this way the current state of illegality, which only suits the owner of the media outlet in question – Dragan Šolak.

On 2 November, the REM announced that the decision to initiate oversight of TV N1 had not been made as additional information on this television channel had been requested from specific state institutions. The REM has for over a month remained noticeably silent on our questions concerning who it contacted, with what queries and aims, and, crucially, why it had not ascertained these facts itself. Kurir consequently tried to find out more from the institutions it assumed the regulator had contacted with the obvious aim of prolonging this agony and buying time until the only right decision was made. We sent our questions to the Ministry of Finance – The Tax Administration, the Ministry of Labour – The Labour Inspectorate, the Ministry of Economy, the Ministry of Telecommunications and the Market Inspection, the RAECPS (RATEL), and the Business Registers Agency (APR).

The Business Registers Agency responded to our query, confirming that the REM had contacted them and that they had replied, but the agency also said that we needed to contact the REM for details of its reply. The Tax Administration notified us that all taxpayer information is confidential, while the Labour Inspectorate said that the REM had not contacted them. The other institutions have not replied to our questions.

A blind eye and a deaf ear

Simply put, the REM is turning a blind eye and a deaf ear to the facts clearly indicating that N1 has for years been grossly misusing its cross-border television status and that, under the Law on Electronic Media, the Convention on Transfrontier Television, and the EU Parliament's Audiovisual Media Services Directive, it is and must be in the jurisdiction of the Republic of Serbia. A question poses itself as to why the REM, which ought to uphold the laws of this country in its independent operation, keeps missing the opportunities to establish the facts of the matter and abolish the grey zone in which United Group conducts its business. If it were free of external influence, the REM would undoubtedly order N1 as a media service provider to obtain a licence from the Serbian regulator, and not from Luxembourg, where N1 is officially registered as a media service provider. However, as it is apparently not immune to external influence, and it is under the pressure of facts and the truth, the regulator has opted for literally buying time and dragging the Serbian media sphere deeper into a downward spiral of illegality. Specifically, the REM has provided yet another instance of absurdity when it asked the relevant authorities to establish the facts of the matter which fall within its remit.

On the side of the truth

Faced with these facts, the REM's decision-makers have decided to look away from the truth, in the naïve belief that it would disappear over time. Rather than take the only appropriate stance as the principal regulator in the domain of electronic media in Serbia, acknowledging that N1's cross-border television status is untenable, the REM's influential people continue to work in the interests of the owner of a single market player, allegedly under the pressure from blackmail or as a result of opinion peddling. Kurir will not stop at laying the truth at the REM's door. We will keep knocking until the REM lets it in. Ever louder, as we are on the side of the truth and fair play.

The task that we have put to the REM is very simple, provided the current legislation is consistently complied with. In its previous investigations, Kurir has conclusively demonstrated why N1 can only be a domestic television, and not a cross-border one. The formal status is clearly not the whole point; the point is rather the opportunity for United Group's fake cross-border media outlets to evade all their legal obligations. 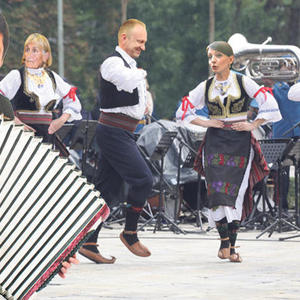 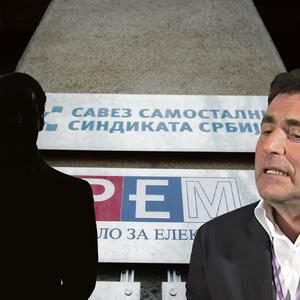 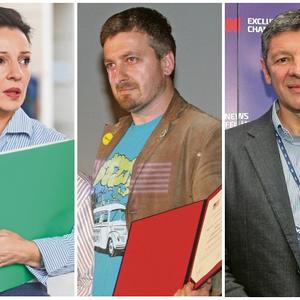 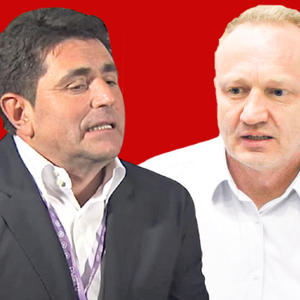