VIDA OGNJENOVIĆ: 'Let's listen to each other, conversation isn't a contest for the most vulgar expletive'

'Perhaps the Ministry of Dialogue, established by the incumbent government, will ensure that parliament debates don't resemble brawls at a cattle market.'

"In addition to its deadliness, this coronal (sur)reality has another pernicious feature – the tightly controlled distance between people, a veritable death threat against the theatre and other performing arts. Each respite from the virus during the ten or so Covid months was to us like coming up for air after a long stretch of underwater diving near the bottom. We flocked to places where an art event was breaking away from Covid.

"I saw that thirst for the theatre for myself at our autumn festival Nova Tvrđava Teatar (The New Fortress Theatre) in Čortanovci," Vida Ognjenović, President of the Democratic Party's Organization Committee, said in an interview with Kurir. "Sadly, everything's gone back into a state of isolation in the wake of the forceful surge of the virus. The vaccine is coming, so let us hope that the collective immunity will bring performers back onto the stage, audiences back into the auditoria, and everything and everyone into a renewed daily routine."

Do you believe that the situation will get significantly better? Does this art discipline have the strength, first and foremost financial, to tackle this sort of blow?

"I believe in the possibility of renewal and a strong continuation of work, as theatre workers live their work. Naturally, what is also needed is strong financial support. This interruption must not be taken as a model for frugality in the sense that, yes, we can get by without theatre, as in – what's wrong with online performances! Any economizing with culture is a dangerous loss that's difficult to make up for. Outside the stage as a natural environment for their play, performers are like fish thrown out of water and into a forest. True, a forest is a healthy environment, with clean air and lots of ozone and chlorophyll, but water is the natural environment for fish, as the stage is for actors. So, let's see the theatres open their doors, artists get to the stage, and audiences into their seats."

And what is your take on the political scene?

"The same. Let's have the media sphere free for people to freely put forward their objections, suggestions, and plans. Let us return to the natural need for a social consensus and conversation. We don't have to see eye to eye, but free speech must not be taken away from us. A society that establishes the Ministry of Political Dialogue says two things about itself: on the one hand, it's a good thing that conversation is thus acknowledged as an important part of social life; on the other, it's deplorable that the necessity of that hasn't already been embraced. In fact, isn't dialogue the most basic form of the free practice of politics and a means of reaching the right decisions? Perhaps the ministry will ensure that parliament debates don't resemble brawls at a cattle market. Perhaps it will warn us: 'Ladies and gentlemen, let us listen to each other. Conversation means communication, not a contest for the most vulgar expletive!' "

What about the opposition?

"Sadly, the opposition sometimes boycotts itself as well."

Rather than fighting for the same goal together, they fight amongst themselves and weaken their own positions. How do you comment on that?

"I don't know what to say. Sure, there are tensions and disagreements, as well as rifts and regroupings. That said, such discussions – or arguments, if you will – are the only living dialogue in our political scene at the moment. Political debate is a method of work. Politics is really about checking at all times whether and how the fundamental, driving ideas in a society are implemented, and that requires constant, free, broad, and open reviewing of all decisions and their effects. Although I'm not much of a political analyst, I daresay this is a normal process in reaching a generally accepted line, a set of principles that we agree on. Perhaps the political opposition is currently in that phase in this country."

On the survival of the party

'No eraser is powerful enough to rub out the Democratic Party.'

In your opinion, does the Democratic Party have the strength to recover, given all the troubles and blows it has been facing in recent months, coming from within the party?

"I wouldn't want to use the jargon of propaganda, but I'm sure that you, as a reporter following our political scene, know that parties which have gone through various levels of activity – from fighting to secure an official role in politics, through street guerrilla actions, to an election majority and two terms in government – cannot be removed easily from the election list. There's no eraser that's powerful enough." 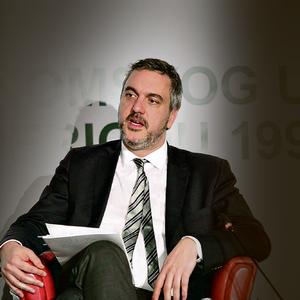 MARKO ČADEŽ SPEAKS WITH KURIR: 'The Serbian economy has handled the coronavirus impact better than anyone expected.'

BRANKO RUŽIĆ SPEAKS WITH KURIR: 'No interruption of the education process, CLOSING SCHOOLS NOT AN OPTION!' 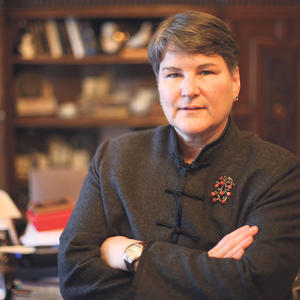 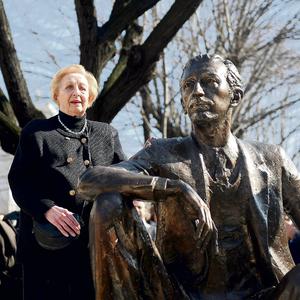 LJILJANA PEKIĆ SPEAKS WITH KURIR: 'Pekić a nationalist?! Why is it that just about everyone else can be patriots, but not Serbs?'