BRANIMIR NESTOROVIĆ FOR KURIR: This is when the coronavirus epidemic in Serbia will be over

'I don't think that immunization will be made mandatory. I think there's no point closing anything down any more or having any further restrictions.'

"The coronavirus epidemic in Serbia will have to be over by the end of January 2021. In biological and natural terms, there should be no new peaks or waves here. The pandemic will end when all of us get the infection, and I believe that we already have no less than a 50 percent herd immunity. I don't think that immunization will be made mandatory. I think there's no point closing anything down any more or having any further restrictions."

This is what Professor Branimir Nestorović, pulmonologist and former member of the Serbian Government's Task Force, said in a New Year's interview with Kurir. Denounced and seen as controversial by some, and loved and considered a genius by others, Dr Nestorović is certainly a person who marked the previous year.

Although many have objected to your statements, for some you symbolized optimism even in these difficult times of the pandemic.

"There is no reason for pessimism. Actually, there is, because an economic crisis will follow, but that's known already."

What are your expectations regarding the vaccine rollout in Serbia? Will that save us?

"For starters, we have received few vaccines. I think that, rather than wait for a mass vaccination, only those at risk should be vaccinated. The coronavirus risk is now officially very low. The groups that are at risk are known. That's why I have no special expectations. At the end of the day – and we are close to the end now – the statistics have shown that this year's mortality rate is no more dramatic than in the previous years. This year, 60,000 people will die of a heart attack and 30,000 of cancer. Therefore, for one person dying of Covid, ten others will die of a malignant disease. An impression has been created that this is an apocalypse; in actuality, this is an apocalypse of fear and isolation. People are under the impression that we're all going to die, but already we are near the end of the drama."

"No. Whatever for? If I haven't got the disease after ten months … If I had to, I would take the Russian jab, because I know how they made it."

Back when you were still on the Task Force, epidemiologists announced that there were going to be no more than sporadic occurrences of the virus over the summer. Yet, we had a severe second wave. How much do we really know about the coronavirus?

"What is happening now is truly unknown in the medical literature. This virus is completely different from any other, and it's very hard to say why that is. According to one theory, many people are getting tested now, so the number of positives is much higher, because people don't understand that testing positive for the coronavirus doesn't mean that you're ill. The test often has false positive results, and there have been cases where the test is negative, but the clinical presentation indicates the coronavirus."

Doctors have warned that Covid is a systemic disease which affects the respiratory and cardiovascular systems the most, and causes blood clots. Do you agree?

"That is bizarre beyond comprehension. How can a respiratory virus attack the heart? It's medically impossible. Covid-19 is specific in the sense that it has parts that don't belong to that virus group, with four amino acids contained in the Ebola and HIV viruses. Changes in the brain, liver, heart, and kidneys caused by a respiratory virus? That's unheard of, which is why there's good reason to believe that the virus is artificial. How did some people know that new waves of the virus infection would occur? Are they clairvoyant?"

What factors contribute to developing a severe or asymptomatic form of the disease?

"Mostly the immunity. Paediatricians and women with small children often have other coronaviruses, as this is the most frequent cause of respiratory infections. Those who have a kitty or a doggie also have a form of immunity. In other words, I don't think that the broad picture can be catastrophic, and it hasn't been so far. The hospitals are overwhelmed, but we treated pneumonias at home before."

Why are increasing numbers of young and healthy people dying of Covid?

"How do you know that? There are no post-mortems, and the test is unreliable. People get sick, they have a health problem that they were previously unaware of. The problem now is how to be admitted to hospital if you don't have Covid. And the doctors are just plain exhausted."

There has been a lot of speculation regarding the number of Covid-19 related deaths. Do you think that a review will show a higher mortality rate?

"There's a difference between dying of Covid and dying with Covid. The WHO has provided a definition according to which anyone who dies within 28 days of a positive test has died of Covid. In other words, if on the 28th day you fall off a ladder or a motorbike, you have died of Covid! If you have a cancer patient who gets the coronavirus, he or she will be recorded as dying of Covid, because there can be only one cause of death. Post-mortems are banned, which is outrageous. The Russians, Italians, and Germans have performed post-mortems in secret, which showed that you don't die of pneumonia – only those over 70 do. However, many people have died because of the blood clotting caused by the virus."

What do you think about the Covid-19 treatment protocol in Serbia?

"We have opted to follow the WHO's instructions, unlike the US, Russia, India, and China. India has opted for preventive medical treatment, in which they use Ivermectin, an anti-parasitic treatment also made in Serbia at no cost. Doxycycline works well against the coronavirus, as do Hemomycin and zinc. Why don't we use that as a preventive treatment? Chloroquine should be administered when the first signs of the disease appear. It was removed from the protocol in Serbia, but two billion people around the world take it as an anti-malaria treatment."

The coronavirus mutation discovered in the UK, 70 percent more transmissible and attacking children more easily, has caused widespread panic around the world. Should we be afraid?

"That's nonsense. So soon? The strand has only just appeared, 1,000 people are infected, and they have already discovered that it's 70 percent more transmissible?! The specialist journals don't mention this at all."

What are your New Year's wishes for yourself and our readers, as this year, so different than any previous one, draws to a close?

"May everyone have great New Year's celebrations with their loved ones, because that's what health is. Health is in the head! And it's better to be cared for by someone who loves you than by hospital staff."

'I'm too old to be silent. Kon is conservative and overdramatizes things.'

Your views were often opposed to the views of the other members of the Task Force, which you have left. Could you tell us what you really think about Dr Predrag Kon and the video that you shared on your Facebook profile, which has caused a storm of publicity?

"They were my views. I can make a mistake and be held accountable for it, but I don't subscribe to 'groupthink' and cannot stay silent. Moreover, I'm too old to be silent. The Task Force didn't know what to do from the start – we followed the instructions of others and used their experiences. I have always been against measures such as curfew. I left the Task Force because it had become trying to speak and have the medical wing roll their eyes. As for the Kon video, it's top-notch – the man really does overdramatize things. He is a conservative epidemiologist, and banning something is the easiest thing to do. The most level-headed member of the Task Force is Professor Vladimir Petrović from Novi Sad, who doesn't appear in the media. I'm also fond of Dr Mijomir Pelemiš. The Task Force does have competent people on it, but they're too conservative."

'It's all strange. Corona is a political virus.'

In your view, what is the coronavirus at bottom?

"Geopolitics, and that much is clear to everyone. Europe is facing a major problem, and there are protests brewing in America and Argentina. Everything is strange about this virus, because it's a political virus, which is what President Aleksandar Vučić himself said at the start. He told me that I was the only one who understood that. Now a period of profound recovery must follow. I believe that Serbia will fare better than the rest, because we're not in the EU and have a wonderful, rich, and fertile land."

'I was right about all the things I was called out for.'

The public has often denounced and crucified you over statements such as that this is the funniest virus in history, that face masks don't need to be worn, that it's more likely to get hit by lightning than to get Covid. What are your thoughts on this now?

"I can understand that when the whole world's saying one thing, and someone comes along who says something entirely different, that they're seen as either ingenious or mad. And it's more likely that they're mad. I've been called out for many of my statements, and at the end of the day, everything I was saying turned out to be true. Why wear a face mask when asymptomatic cases don't transmit the virus? Face masks do not protect against the virus infection, as it says on the packaging. They can to a certain extent in closed spaces, but they're pointless out in the open." 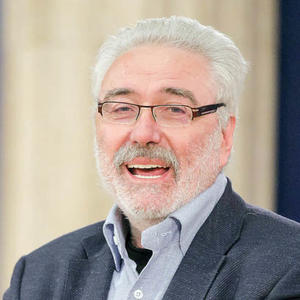 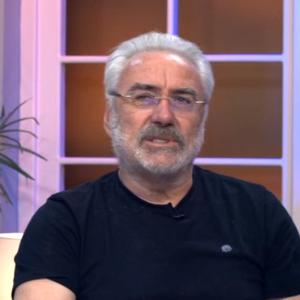 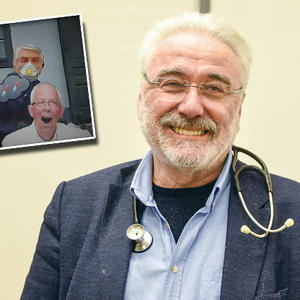