'It is in Austria's interest to bring Serbia into the Union as a strong member. There are precise criteria for this, and they must be met,' Austrian Chancellor says.

"Good relations with Serbia and providing support on the road to EU membership remain a high priority of the Austrian Federal Government," Austrian Chancellor Sebastian Kurz said in an exclusive interview with Kurir. He rejected the claims that at the moment the Union is in a crisis of sorts, adding that he did not support the view of some of the member states that further enlargement should be stopped.

Kurz praised the economic reforms which Serbia and its leader, President Aleksandar Vučić, had undertaken in recent years, but also pointed out that no new chapters would be opened in the negotiations for Serbia's accession to the EU unless progress was made in the areas of the rule of law, the judiciary, media freedom, or the fight against corruption.

Regarding the coronavirus, Kurz is optimistic and thinks that the world will go back to normal in the summer.

Let's start from what has been the most topical issue across the globe for almost a year – the coronavirus pandemic. How much has the world changed during this pandemic?

"The coronavirus pandemic has changed the world considerably in the past year and presented enormous challenges to us all. We are currently fighting the spread of the virus in order to save lives and prevent the health system from becoming overwhelmed. At the same time, we are supporting the economy as much as possible in order to save jobs."

Many countries, including Austria, have taken strict measures – lockdown, quarantining, restrictions on movement.

"We had to make the decisions that no one wanted, but we are not shutting down entire industries for fun, nor do we lay down rules for the private lives of adults."

Is the vaccine at long last a light at the end of the tunnel? Will it make the world "normal" again?

"Each vaccination and the rising temperatures take us one step closer to normalcy. We will go back to normal in the summer. Furthermore, we will support the countries of the Western Balkans with vaccines."

How does the term "new normal", used to describe what the world has been living in in recent months, sound to you?

"The pandemic spills over into all countries in waves. Easing of restrictions will again be followed by a tightening of measures, like an accordion."

The global economy projections are gloomy. Many experts say that the post-pandemic recovery will be very slow, and there are estimates that we are in for a worse crisis than the 2008 one. How do you comment on that?

"We are doing everything in our power to give entrepreneurs the best possible support, with solid economic relief and shorter working hours. Our aim is to save all jobs. Experts expect that the economy will grow again this year, mostly because we will make substantial progress through vaccination."

In general terms, is the EU in a crisis of sorts?

"I don't subscribe to this assessment. After initial problems, the EU now has joint responses to the pandemic in place, for example the common vaccine procurement."

Some of the leading EU member states are openly against further enlargement of the Union. Do you share this view?

On the other hand, the fact is that Russia and China are stepping up their presence in this region. Can the European Union view this favourably?

"The EU is by far the most important trading and economic partner of all the countries in the Western Balkans. The prospects of EU accession are the main catalyst of reforms and the resolution of bilateral problems. As long as the EU keeps showing its strength in the Western Balkans and does not leave a vacuum, I am at ease about it."

With respect to Serbia's reforms, what objections do you have and what would you praise?

"I think that in this respect Serbia does not need third-party advice. It is up to the Serbian Government to set the reform priorities. As a country that has been actively supporting Serbia's accession to the EU for a long time, we welcome the fact that both President Vučić and Prime Minister Brnabić have confirmed the strategic priority of EU accession. Under the leadership of President Vučić, Serbia has carried out brave and important reforms in the areas of the economy and the state budget, showing in this way that reforms are indeed possible. Serbia is now benefitting from this in the fight against the economic fallout of the coronavirus pandemic. However, Serbia needs to be clear about the fact that progress in the areas of the rule of law, the judiciary, media freedom, and the fight against corruption is essential in the EU enlargement negotiations. Without concrete reforms in these areas, I don't expect any sort of EU-internal consensus to open further negotiation chapters. Here the expectations are clear. Austria will keep actively supporting Serbia in this, as it is in our interest to bring Serbia into the EU as a strong member. There are precise criteria for this, which Serbia too will have to meet. EU enlargement is also in the Union's strategic interest."

In your assessment, how successful has the EU been as a mediator in the dialogue on Kosovo between Belgrade and Priština?

"Without the EU mediation, the Brussels agreements likely would not have been reached. So, we have good results there. The EU still has a crucial negotiating role in the dialogue. This task has been entrusted by the EU to Miroslav Lajčák, a very experiences diplomat who the Union and Austria fully support. Ultimately, however, what it takes is political will and courage of Belgrade and Priština, without which there will be no success. The support of the international community is also necessary, especially a close collaboration with the US."

However, the Priština side practically doesn't honour what has been agreed. For example, the Brussels Agreement is a dead letter, and the Community of Serb Municipalities (CSM) hasn't been constituted for years.

"It is clear that both sides must honour their commitments from the Brussels Agreement. Where there are open issues, we request that they be implemented in an appropriate fashion. It is essential that the dialogue continues in earnest, that mutual trust is built, and that we look ahead to a common European future. All sides will benefit from it."

Can the recognition of Kosovo be a condition for Serbia's EU membership?

"On my last visit to Belgrade, two years ago, I said that Serbia must be aware that there would be no EU accession without a normalization of the relations between Belgrade and Priština. It is primarily up to both sides to reach an agreement on a permanent and comprehensive normalization of relations. That must contribute to a sustainable stability in the region."

How do you see Kosovo today, 13 years after the declaration of independence?

"Austria has excellent bilateral relations with Kosovo. Our KFOR troop contingent, the highest deployment of the Austrian armed forces abroad, makes a significant contribution to the security and stability of Kosovo and the region. The Austrian economy is one of its biggest investors. Like all of us, Kosovo too is facing major challenges amid the global pandemic and its economic fallout. It is therefore important to quickly establish political stability after the presidential election. This will be important for the dialogue between Belgrade and Priština as well."

Are you planning to visit Belgrade soon?

"Personally, I would look forward to visiting Serbia and, especially, Belgrade. Belgrade is a fascinating, vibrant European metropolis, exuding a great energy. Due to the coronavirus pandemic, travel planning is very difficult, so at the moment there is no specific date set for a visit."

How satisfied are you with the collaboration with the President of Serbia, Aleksandar Vučić?

"I have known President Vučić personally for a long time, and I appreciate the fact that we have been collaborating closely for years. I'm glad that together we have succeeded in continuously improving our bilateral relations, which are very good today, and are based on mutual respect. We have very strong economic ties and there is an interest in reinforcing them further. One of the most important links between our two countries are our citizens, especially the large Serbian community in Austria, which I truly appreciate."

VIENNA AFTER THE RECENT ATTACK

'We will not live in fear.'

How much has Vienna changed in the wake of the recent terrorist attack in which four persons and the attacker were killed?

"Four innocent people were killed in the abhorrent terrorist attack, and many more were wounded. It was not just an attack against these innocent people – it was an attack against all of us, against our European way of life, and our free society. Our response is clear: we will not live in fear, we will not change our way of life. But, we will use every possible means to fight against terrorism, extremism, and the ideology behind it, as well as against political Islam. Since its military defeat in Syria, Iraq, and Libya, the Islamic State has found new fighters and supporters in Europe. We have to fight them together."

'Illegal migrants should be sent back.'

The migrant issue remains open. How satisfied are you with how the EU has dealt with it?

"It is us, and not the traffickers, that should decide who comes into the EU. This is why we need to secure our outer borders at long last, stop illegal migrants at the outer border, and send them back from there to their country of origin or a safe third country."

UNSUNG HEROES! THESE ARE THE HEROES FROM THE FRONT LINE: Without them the fight against the coronavirus would be impossible 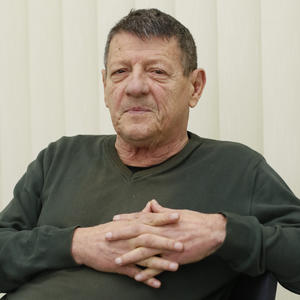 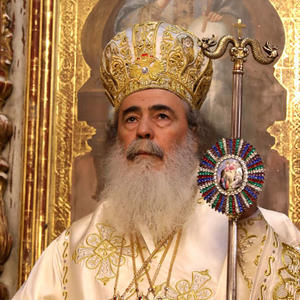 PATRIARCH OF JERUSALEM EXCLUSIVELY FOR KURIR: 'For us Kosovo is the Serbian Jerusalem.' 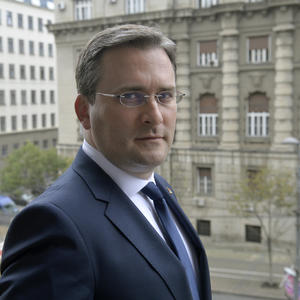