'The coronavirus vaccine and a better understanding of how to treat this disease offer the hope of returning to a more normal life after so many dark months. Both the United Kingdom and Serbia can be proud of their vaccination programmes. The electronic registration in Serbia is impressive,' the UK Ambassador to Serbia Sian MacLeod said in her interview with Kurir.

You have taken the first dose of the British AstraZeneca jab. How are you feeling?

"Yes. I have taken the Oxford AstraZeneca vaccine last weekend at the Belgrade Fair. I usually don't feel well after vaccination and this time was no exception, but it was a good excuse to get some rest. Already on Monday morning I felt quite well, even better than usual. I would like to take this opportunity to thank the kind medical staff at the Fair and the Batut Institute, who I met last week, as well as our friends and colleagues from the Ministry of Foreign Affairs, who made sure that myself and other diplomats are included in the vaccination programme."

Can a new delivery of the AstraZeneca vaccine be expected to arrive in Serbia soon?

"I am very proud that I was able to welcome with the President the arrival of the first AstraZeneca vaccines in Belgrade. I'm happy to see that the vaccination has started in the neighbouring countries as well. This month the region will start to take the AstraZeneca vaccine through the COVAX international programme. The UK and Serbia are both members of this programme."

You mentioned on the occasion of welcoming the first delivery at the Belgrade Airport, alongside the President of Serbia Aleksandar Vučić, that scientists from Serbia had worked on developing the AstraZeneca jab as well.

"Tackling the pandemic successfully must be a truly international effort. The Oxford-AstraZeneca vaccine was developed at the University of Oxford by an international team which includes, if I'm not mistaken, at least two young female scientists from Serbia. Since my arrival in Serbia 18 months ago, I have had the opportunity to meet impressive young women working in the fields of science and technology. I have also met brilliant young girls developing science projects via the British Council's 21st Century Schools programme, which is aimed at learning coding and programming using the micro:bit mini processors. I hope that the story of the scientists from the Oxford vaccine development group will inspire other girls in Serbia to study natural sciences and perhaps make great discoveries themselves. As for AstraZeneca, it is a British-Swedish pharmaceutical company. It collaborates with partners in other countries, including the Serum Institute of India, where the vaccines currently in Serbia were manufactured."

How has the world – especially Europe – been handling the fight against Covid, and how fair is the vaccine distribution?

"The pandemic has presented governments and health systems with serious challenges. We have had to learn how to identify the disease, how to stop its spread, and how to treat it. We have made progress there. Humanity has paid a dear price: many lives have been lost, including healthcare workers, and the living conditions have been disrupted worldwide. The vaccine and a better understanding of how to treat this disease offer the hope of returning to a more normal life after so many dark months. This is an enormous challenge. The coronavirus vaccines have been developed incredibly fast. Ordinarily, developing a new vaccine would take many years, but some of these vaccines – to be used for a completely new virus – became available in less than a year. Rapid vaccine production on this scale took huge efforts. The manufacturing facilities needed to be identified and adapted, and new supply and distribution chains were introduced. The licencing and treatment processes needed to ensure efficacy and safety. At the same time, countries are facing the daily challenges posed by the pandemic and its effects. Both the United Kingdom and Serbia can be proud of their vaccination programmes. The electronic vaccination registration in Serbia is impressive. In the United Kingdom, over 20 million people have taken the first dose of the jab, and over a million have done so in Serbia. The COVAX programme will provide vaccines to people around the world. I'm very proud of the fact that the United Kingdom has set aside close to £548 million for the provision of vaccines to some of the worst affected countries of the world through COVAX. The Oxford-AstraZeneca vaccines are already arriving in a few countries in Africa."

Will we be returning to the old "normal" soon?

"I'm looking forward to being able to travel more freely around Serbia in order to learn more about your country. I'm also looking forward to being able to visit the region and my colleagues in the neighbouring UK embassies. Like everyone, I would like to see my family more and to make sure they are safe and healthy. Although, I must admit, I do enjoy some aspects of working from home and the fact that now I have a bit less tight diplomatic schedule. At the moment, even when I'm very busy, I have a bit more time to plan and organize my own time."

After the UK left the EU trade bloc on 31 December, the Serbia-UK trade agreement no longer applies. A new one hasn't been signed yet, which makes things considerably more difficult – business owners say they have been badly affected, the flow of goods has slowed down, and customs duties have gone up, reaching as high as 20 percent. Can a new agreement be expected soon?

"We are making good progress, and our negotiation teams are convinced that an agreement will be reached. Both countries know how important this is for our companies and consumers."

As of 1 January, the UK is no longer part of the EU. What are the positives and negatives of Brexit?

"The United Kingdom electorate voted in the majority to leave the EU, in order to bring a greater degree of decision-making – in international trade, for example – back to London. Our European neighbours will remain in the group of our closest friends and allied. We will continue to work together bilaterally and multilaterally in other international organizations. We will still share the democratic values, the strong commitment to a rule-based international order, and the determination to find the solutions for global problems, such as climate change."

Environmental protection is one of the UK's priorities. We are witnessing sweeping climate changes, while on the other hand the world is often negligent towards nature. What issues must be key to this topic?

"This is a personal and diplomatic priority of mine. Even as we are tackling the pandemic, we know that climate change is one of the biggest challenges that our planet is facing. I'm very glad to see the growing importance of this issue in the public opinion in Serbia, as well as that Belgrade has announced that it would undertake efforts in tackling environmental problems in order to become a greener city. International efforts are needed in the fight against climate change. Within countries, efforts on the part of entire governments will be necessary. However, governments themselves cannot bring about the change that we need. It will be necessary for national and local governments, businesses, schools and universities, the media, the civil society, and all of us as individuals to play a role. We must use less energy, recycle more, and take better care of the environment and natural resources. In a nutshell, we must all reduce the impact on our precious environment. Later this year the United Kingdom will host a big UN Climate Change Conference (COP26) in Glasgow. We are already committed to the goal of zero net carbon dioxide emissions by 2050 and banning internal combustion cars from 2030. We now have a considerable number of jobs in green energy and other green technologies, and we have massively reduced the expenses related to producing cleaner energy."

British commitment to the Balkans

'The region is important to us, I am hopeful of Johnson visit'

How important is this region to the UK? It's a fact that Prime Minister Boris Johnson hasn't visited it.

"Believe me, I was hoping more than anyone else that the PM would return to Belgrade. Unfortunately, the coronavirus has made international travel difficult even for government ministers and prime ministers, even more so as they are tackling the challenges posed by the pandemic on their home turf. The UK Prime Minister was also in hospital last year due to the coronavirus. Having said that, our government's commitment to this region is as strong as ever. If this weren't the case, I wouldn't be heading a big Belgrade embassy which represents different government ministries, reflects the scope of our bilateral relations, and offers support to Serbia. For instance, the UK is a country that provides the biggest bilateral support to the digitization programme implemented by your government. At the peak of the December coronavirus wave, our Minister for European Neighbourhood, Wendy Morton, visited Belgrade and was given a very warm welcome by this government. I am convinced that soon we will have an opportunity to see more UK government ministers here, as well as Serbian ministers in London."

It is a well-known fact that you are fond of the arts and that you play the piano and the violin. How familiar are you with the Serbian culture and what has captured your attention the most?

"I went to wonderful concerts and visited art galleries in the first few months of my stay here. There are many more cultural events that I will get a chance to see once the coronavirus situation eases. In the meantime, I'm trying to learn more about Serbian books and films. I still haven't read anything that I like more than Andrić's The Days of the Consuls, which was one of my favourite books even before I came to Serbia." 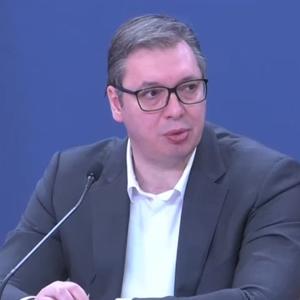 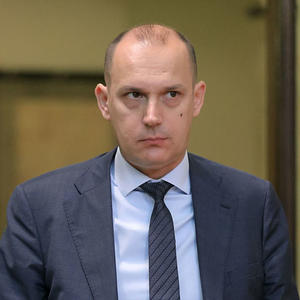 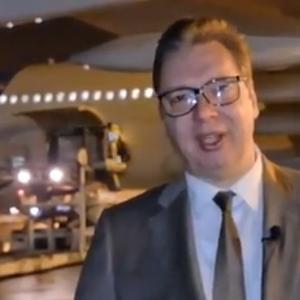 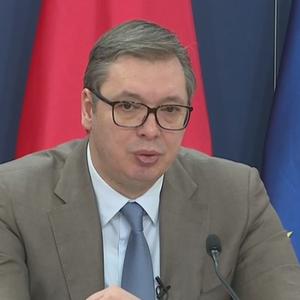