After Serbia and Slovenia, Dragan Šolak has started playing his well-known dirty game in Croatia as well, confirming thus his readiness to manipulate, lie, threaten, and blackmail in order to turn a profit.

The blackmailing strategy of Dragan Šolak and his United Media, geared towards nothing more than their naked economic interest, has fallen through in Slovenia and Serbia, and is about to do so in Croatia as well. As a result of his insatiable appetite and dirty market games, A1 – the Croatian arm of A1 Telekom Austria Group – cast Šolak aside, and people with knowledge of the matter say that the Croatian company Hrvatski Telekom (HT) will soon do so too.

Following the same pattern and using the same underhand methods, Šolak has caused rifts with the principal local cable operators in all these markets, leaving them with no option but to cut their business ties with him in order to pull away from the grip of his blackmails. The reason for this is that Šolak's condition for renewing contracts has always been a bumped-up price, even though the content he offers becomes diminished in the meantime as he does not invest in it. Sitting on top of all this is the ultimatum he issues, insisting that the package he offers must be taken in its entirety. In other words, the sports channels aimed at providing the most appealing content to users must be bought in a bundle with the pricey broadcast of N1. This is the key component of Šolak's dirty game, as it serves to move the market competition to the political arena and the feigned fight for media freedom.

The example of Serbia illustrates it best. In a bid to retain his dominant position and expand his influence, Šolak has made the local company Telekom Srbija his biggest enemy. By ruthless blackmails, brazen deceit, and twisting facts, Šolak's company attempted to extend its collaboration with Telekom for a massive amount of money and under the unfavourable terms under which Telekom was to stop its expansion in the cities where SBB had a strong foothold. Even though Telekom accepted the high price of the channels in question – but did not give up its market expansion – United Media proceeded to put an ultimatum to Telekom, insisting that Telekom was to immediately stop broadcasting N1, Sport Klub, and other channels owned by this private company. An all-out campaign was then mounted against Telekom by United Group's media outlets and the Danas daily with the aim of safeguarding the interests of Šolak's empire, retaining its dominant position, and making the planned – enormous – profits. Šolak's feigned fight for media freedom was exposed the moment Serbia's richest tycoon declined Telekom's gentleman's offer of broadcasting N1 programming free of charge for the duration of the negotiations. By doing so, Šolak demonstrated that he does not care about media freedom, much less the truth. As the media have reported, United Media has done almost the same thing in Slovenia, reducing Šolak's TV channels to Telemach, which is in his ownership. The three remaining operators – Telekom Slovenia, A1, and T2 – have stopped broadcasting his channels.

At the moment, Šolak is trying to place the same cuckoo's egg in Croatia's nest too. A1, the Croatian arm of A1 Telekom Austria Group, refused United Media's overinflated offer and did not renew the arrangement under which United Group's N1, Sport Klub, and other channels would be broadcast. According to our findings, Šolak's negotiations with Hrvatski Telekom (HT) are going in the same direction, and it is expected that Šolak's channels will soon be removed from HT's offer over attempting to impose unacceptable terms.

As the developments in the abovementioned markets are so similar, one wonders if Šolak uses bribery in his dealings with regulators and competitors in Croatia as well, as he is suspected to have done in Serbia. In its previous investigations, Kurir has examined these issues carefully and demonstrated using numerous examples that many key decisions had been adopted to suit Šolak and his business. It remains to be seen whether Šolak has anyone in Croatia on backhanders, who that might be, and whether it is an accident that Croatian N1's editorial policy is increasingly radical in criticising the authorities there, aimed as it is at blackmailing the political elite and securing a business arrangement outside the law. One thing is for sure though: Šolak is known to be an unscrupulous person who calibrates the editorial policies of his media outlets depending on his current economic interests. When his business is under threat, he puts pressure on the establishment.

According to our findings, Šolak is preparing yet another blackmail in response to the failed negotiations with two of the biggest Croatian operators. Our sources have revealed that United Media will threaten to strip the operators A1 and HT of the right to broadcast Nova TV – also owned by Šolak – in an attempt to blackmail them into buying the entire United Media package.

This move clearly indicates the desperation of a drowning man, as the appealing TV content has been moved elsewhere in the meantime. For example, A1 has announced that Šolak's company set "unacceptable terms for renewing the contract" and that the provision of the television service to their users "under equally favourable terms" would have been impossible. As a result, from 29 May these channels will not be on the A1 offer, but this operator has secured the most appealing sports content for its users by negotiating the broadcast of the Arena Sport channel.

This example clearly illustrates how United Media manipulates facts. They put out a statement in which they claim that they had offered A1 the same terms as before: "We are very surprised by the decision of the operator A1 not to renew the contract on channel distribution, especially in light of the fact that they have been offered the exact same terms that have been in place until now," United Group's statement reads.

However, the claims made by Šolak's company were soon revealed to be dubious, as can be concluded from A1's statement: "A new, more exclusive, and attractive offer of sports programming will replace the Sport Klub channels, which will be removed from the offer as of 29 March. Despite all our efforts to ensure continued broadcasting of these channels, in addition to losing a number of appealing competitions, the owner of the television rights set unacceptable terms for the renewal of the contract. If we accepted them, providing the television service to our users would no longer be possible under equally favourable terms," A1 said.

Questions for AEM about N1 operation

In an attempt to clarify N1's legal status in Croatia, Kurir contacted Croatia's regulator, the Agency for Electronic Media (AEM), with questions about who controls its operation and how, given that, similar to Serbia, Šolak's TV broadcaster has not been entered into the electronic media registry; rather, it exercises its rights and privileges – but not its duties – in line with its cross-border status. We had not received an answer by the time this issue went into print.

Because of the effects that the abovementioned status of TV N1 has in various areas, we sent the AEM the following questions:

1. How is the status of TV N1 regulated in the Croatian market? If N1 is not registered with the AEM, who has legal authority in the event of a problem, a defamation suit, or any similar issues?

3. If a body with legal authority over N1 does not exist in Croatia, does that mean that all other television broadcasters controlled by the AEM are discriminated against?

4. How does the Croatian state collect taxes for the advertisements broadcast on N1 which are evidently intended for the Croatian market, and how is the selling of advertising space on TV N1 legally regulated?

5. Is the Croatian N1's programming treated as a product created in Croatia or in Luxembourg, or perhaps a third country, e.g. Slovenia?

6. Please clarify whether N1's programming in Croatia is broadcast or rebroadcast?

As a result of its blackmailing games, United Media lost a significant share of the regional market in 2020. According to Kurir's findings, Šolak has had the most drastic drop in numbers in Slovenia, where he has lost 60 percent of the market, i.e. no fewer than 300,000 users. Telekom Slovenia, A1, and T2 have all cancelled their collaboration with Šolak, leaving his media outlets on offer only on Telemach, which he owns. In Bosnia, United Media has lost about 280,000 users, while in Croatia Šolak has shut himself off from 220,000 users, whose numbers will increase considerably if his collaboration with HT is not renewed.

Šolak forgets he is Serbian

In a bid to discredit his competitors and secure even higher profits for himself, Šolak has been attempting to fan the flames of nationalism to influence Croatia's market competition. It may be difficult to imagine but, after the collaboration with A1 was cancelled and Arena Sport was included in A1's offer, United Group made an official statement in which it proceeded to check the "DNA" of the TV channels currently on offer in Croatia! Šolak's lack of good taste and common sense became evident when he opted to put the Croatian audiences off watching the competitors' programmes by stressing the fact that they were – Serbian. "They will not be able to watch any of these prestigious competitions now, as Arena Sport – Serbian state-owned Telekom's TV channel – does not have them on offer," the statement of United Group – co-owned by a Serb from Kragujevac – said, as reported by N1.

"How pathetic of N1!" reads one of the many headlines on Croatian portals referencing Šolak's scandalous profit-safeguarding strategy. A piece on the Mediadaily.biz portal concludes that in this media war, "United Group and N1 have left good taste and standards of professional journalism behind." 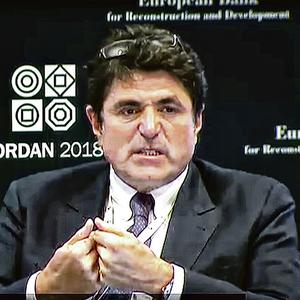 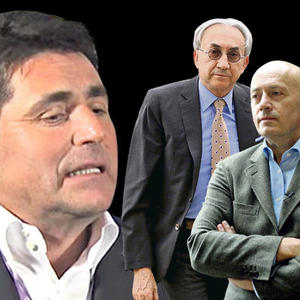 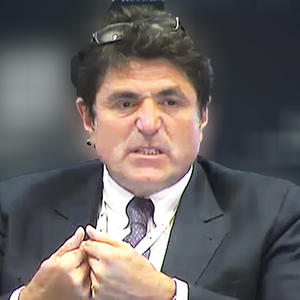 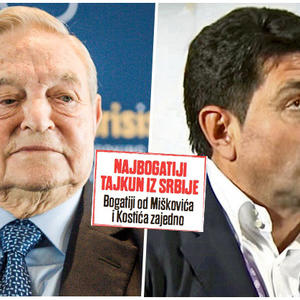 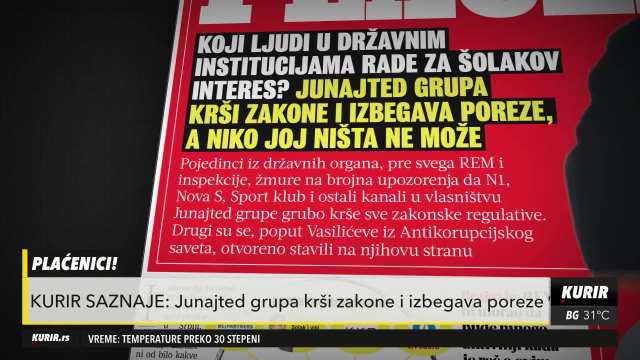