ACADEMICIAN DEJAN POPOVIĆ FOR KURIR: 'Academy attacked by those who want in! Serbia's scientists could jumpstart economy'

Dejan Popović, member of the Serbian Academy of Sciences and Arts (SASA), is a globally renowned Serbian scientist. A long-standing professor at the School of Electrical Engineering, he has authored many well-known academic papers. In his interview with Kurir, Popović said that Serbian scientists' brainpower and know-how could put them at the forefront of the fourth industrial revolution, especially in the areas of robotics and green energy sources and storage, and even allow them to be part of the interesting development of futuristic drones used to transport people. All this, he added, would ultimately contribute to Serbia's economic growth.

In addition to science, Popović also talked about the attacks against the Academy, the Kosovo issue, and the coronavirus pandemic.

A portion of the general public is unhappy that the Academy doesn't weigh in more often on some important socio-political issues. How do you comment on that?

"The criticism is unfounded. The efforts put in by the President of the Academy, Vladimir Kostić, have resulted in the Academy's activities stepping up. There is no socio-political issue that the Academy should take a collective stance on, in the sense of everyone being either in favour or against it. Everyone is entitled to their own opinion, and people should be self-contained … Whether everyone likes it or not is a different issue. Among those who dislike the Academy's activities, there are some who are very vocal and who would like for themselves or for people close to them to become members of the Academy. But they haven't had much success with it. You cannot enrol at the Academy – you need to be globally renowned for the results of your work as a scientist or artist, as well as achieve this by doing most of the work in Serbia."

On the other hand, when Vladimir Kostić publicly addressed the Kosovo issue by saying that Kosovo is out of our hands, he was criticised, and there were even protests in front of the Academy.

Do you agree with the view that the Academy should get fresh new blood and also admit more women into its ranks?

"I agree with both. That is our goal. The technical sciences department, which I am part of, has agreed that the candidate pool target group should include ages 40-60, but also that age should not be a discriminatory factor. The best are the best, regardless of how old and what gender they are. As regards the number of women at the Academy, it's a fact that there are fewer of them, especially in some departments. But, men are not given preference at any point in proposing candidates or voting. Incidentally, science does not distinguish between men and women. I also think that a balance in the membership should not be created artificially."

You have worked at universities around the world for extended periods of time – in Denmark, Canada, and the US – but you never wanted to leave Serbia permanently. Can a successful career in science be pursued in, or rather, from Serbia as well?

"Yes, but the results cannot remain local to Serbia. You need to compete – records are made at the World Cup and the Olympics, at the big league competitions. What I like about Serbia is the human touch and a professional connection to students. I am most content when students become successful independent researchers. I will always endeavour to open up lines of communication for my students so that they could end up at the right sort of spot relative to their wishes and competences. I learnt that from my own teachers, and it becomes evident if you look at the important posts held by people from Serbia at leading science institutions abroad."

What do you think is bad about the education system in Serbia? How has the Bologna system fared so far?

"Our education used to be suited to our situation – upon graduation, students would be ready to solve problems. New processes in education aren't aligned with that. You need money for the new educational methods, and we don't have it. For example, a PhD student has decided to spend no fewer than three years studying, and according to the Bologna system, this means three years of employment as a student. But there is no salary for that, the student doesn't get a computer, or a place in the lab. There is no money for him or her to actively participate in international conferences. So then, what sort of employment is that? Naturally, the student decides to get another job in order to make ends meet, making his or her study a sort of a hobby, which runs counter to the Bologna system. Therefore, appropriate financial conditions must be ensured. Of course, the student is expected to have a strong motivation – to improve the quality of life. Nowadays we have fewer and fewer students who are motivated to learn and create, and the reason is that without an active imagination they cannot picture themselves getting a better life, unless they leave Serbia."

You are an advocate of innovation, which – as you have pointed out – could be an additional engine of the Serbian economy: taking part in the development of new methods of electricity production and storage; developing artificial intelligence for use in robotics, transport, and agriculture; even working on futuristic projects, e.g. the development of drones used to transport people.

"We live in a time when, if you're not involved in researching attractive topics at the global level, you aren't really doing anything. Drones are without a doubt an attractive technology that helps transport goods and people by air, which in turn expedites communication. The solution for this problem lies in computer science. It makes sense to develop it here. We have the know-how, we have the engineers, we have groups of people who can develop it, we just need the legislation … So, we could develop a project here – which means money – and then we join hands with someone and start production for other countries. If I were to do anything now, I would collaborate with the Chinese, because it would be fast and of high quality. I believe that companies in Serbia can once again be recognized around the world, in the same way that Yugoslavian companies such as Goša, Energoprojekt, Iskra, and Sever, etc. once were."

You are involved in the development of new methods for rehabilitating people with disabilities. You design robots used in rehabilitation. In the 1980s, you took part in developing the prosthetic leg which, as you have pointed out yourself, was truly revolutionary and remains the best basis for above-knee prosthesis to the present day. Is anything else in the pipeline perhaps?

"Yes, I have been involved in projects which can help improve the quality of life of people with disabilities. In my opinion, being active is the most important thing in rehabilitation and prevention of disease progression. We have made new electronic stimulators – simply put, "movement pacemakers" – to help people preserve and improve their motor abilities, which are reduced due to illness, old age, or being sedentary. The developments we have made could potentially be used in the domain of fitness and professional sports to enhance performance. I am currently working on developing a shoe insert with force and movement sensors, which could provide more precise information in assessing the quality of gait and be used as biofeedback in gait improvement."

On the coronavirus pandemic

What will the world look like after the coronavirus pandemic? Do you see the light at the end of the tunnel?

"Vaccination is important and has a very significant aspect to it – the feeling that once you get the jab, you will be able to have a relatively normal life. I feel protected after the vaccination. Maybe I'm not protected but that's how I feel. Similar to how in the film Underground a cannon opens up the tunnel, the vaccine opens up the world before my eyes, and optimism drives me forward… Corona has become part of our reality, but it will go away. In my opinion, over time it will turn into something like the unpleasant 'common' flu. I have to add here that the medical workers in Serbia are doing an amazing job." 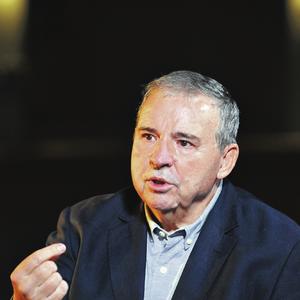 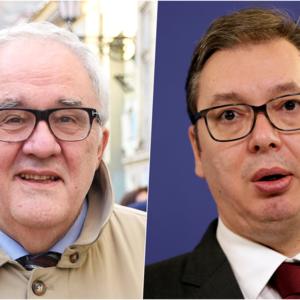 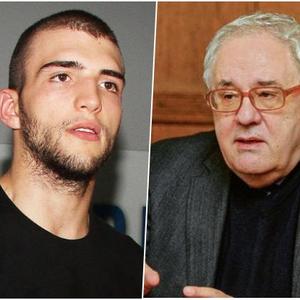 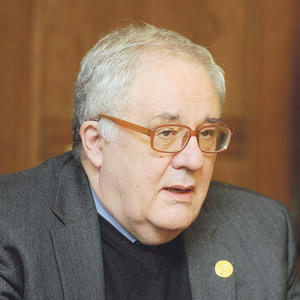