MINISTER TATJANA MATIĆ FOR KURIR: 'Greece plans to ease measures, children should only do antigen test'

"Despite the coronavirus and last year's lockdown, Greece remains a top destination for our tourists. After 14 May, when travel through North Macedonia will be possible, the other conditions for staying in that country are expected be relaxed as well. In addition to Greece, some of the Serbian people's favourite destinations include Egypt and Dubai," Tatjana Matić, Minister of Trade, Tourism and Telecommunications, said in her interview with Kurir.

You have had meetings with your Greek counterpart. Is there a possibility that the stringent measures currently in place, such as wearing face masks on beaches and the ban on movement between regions, could be eased soon?

"Greece has a plan on relaxing measures, which will proceed in five phases. In phase I, the border with Bulgaria will be opened. In phase II, from 14 May onwards, citizens of our country will be able to enter Greece through North Macedonia. The plan for thereon out is to gradually lift the ban on movement between regions and rescind the mandate to wear masks outdoors."

Although it has been agreed that residents of Serbia who present a negative PCR test or a certificate of vaccination will be allowed to enter Greece, everyone is tested at the border, which results in long waiting lines. Will this change?

"Greece will officially open its season on 14 May, when the border with North Macedonia and the Evzonoi border crossing will be opened. Until then, the border can only be crossed at the checkpoints on the Bulgarian border. This is a preparatory period for Greece, during which our vaccination certificates will be accepted, but checks will also be conducted on a large number of travellers to assess the situation on the ground. After this preparatory period, Greece plans to open the so-called fast lane for those vaccinated at the border crossings with North Macedonia."

Did you discuss rescinding the mandatory PCR test for children with your Greek counterpart? It's quite an expense for many families.

"For the time being, children older than 10 must present a PCR test. After 14 May, we expect that an antigen test will be sufficient for children. At any rate, Greece will reimburse the costs of these tests for children by providing additional services to the tourists."

This government has a set operational life of about a year, and it has been six months. Have you achieved what you set out to do?

"Despite the pandemic, we have succeeded in achieving the planned goals and staying the course of development, with very serious challenges related above all to protecting the people's health and balancing that out with keeping the economy afloat. A key infrastructural project of building a broadband network in rural areas has been initiated, which will provide high-speed internet for about 500 towns and villages, i.e. 80,000 households, in Serbia in phase one. We have continued the implementation of the capital project "Connected Schools", as part of which local wireless computer networks were set up last year at about 940 schools in Serbia, and works are to be carried out this year at an additional 950 schools. As regards tourism, the most important thing was to save the sector from the impact of the pandemic, but we have also been working towards redefining Serbia's tourism profile and developing domestic tourism. This year, 5.5 billion dinars have been earmarked for aiding the hospitality sector workers, tour leaders and guides, as well as the hotel industry. Considerable support to the sector has also been provided through the initial 100,000 tourism vouchers, worth 500 million dinars, as well as by budget rebalancing, setting aside an additional 100 million dinars for the vouchers."

How much loss has the tourism in Serbia sustained due to the coronavirus?

"In the first two months, the number of tourists visiting Serbia was down 39.1 percent year on year, of which domestic tourists made up 14.8 percent, and foreign tourists 70.5 percent. Nights spent were down 34.9 percent compared to early last year, and foreign currency inflow dropped by app. 7.5 percent. However, there is mild optimism that this year will bring more success to Serbia's tourism than the last."

Serbs are used to vacationing in Greece. Has anything changed now? Are other destinations more popular?

"Greece remains one of the favourite destinations of tourists from Serbia, especially given that huge numbers of our citizens expect to use last year's paid vacation packages during this season. That said, many people have expressed an interest in Egypt and Dubai as well."

Will the number of vacation vouchers increase in Serbia?

"Although the Regulation currently in place stipulates that the voucher registration deadline is 15 October, as many as 100,000 voucher registrations were submitted between 1 January and 8 February this year, using up the 2021 budget set aside for this type of incentive. As there is still a great deal of interest among our citizens in vacationing in Serbia, the recently adopted rebalancing of the budget has allowed the Government of Serbia to set aside 100 million dinars, to be made available to the citizens as early as May."

Did you know that people compare you to singer Viki Miljković? How do you comment on that?

"I did, of course. Some people think there's a physical resemblance to Viki, others are reminded of different female celebrities. At any rate, beauty has always been and will be in the eye of the beholder." 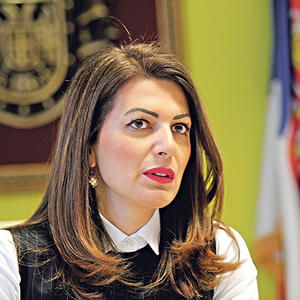 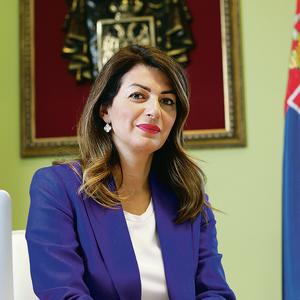 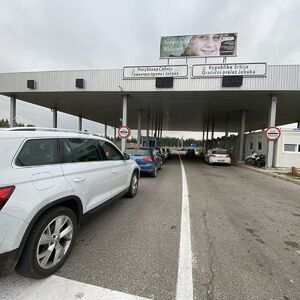 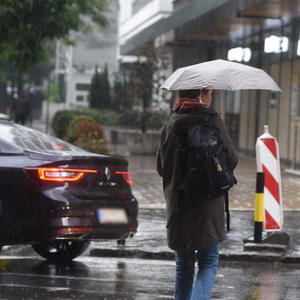