'Now we should commit even more to the vaccination, and prevent new strains which could cause the fourth pandemic wave, as they have done in Spain. Everyone should assume they are the crucial link where the corona chain will break,' Dr Zoran Bekić says.

"Every pandemic has a start and an end. Corona will pass and we will win, one way or another. The vaccine is a global public good – a small yet mighty weapon which will triumph over the coronavirus. This is why we need to commit even more to the vaccination," Dr Zoran Bekić, PhD, acting Head of the Savski Venac Health Centre and head of the vaccination centre at the Belgrade Fair, said at the start of his interview with Kurir.

In recent weeks there was an increase in the number of coronavirus infections, but they are already on the downtick now. Do you think that we have become a little too relaxed and tired of everything, while at the same time the virus isn't giving up yet?

"The coronavirus is a pernicious adversary, and has got out of control several times so far. The longer it remains present in the population, the faster it will mutate. The price for each delay in the vaccination is paid in human lives."

What is the current situation with the number of vaccinated people in Serbia?

"Since mid-January, i.e. since the beginning of the mass vaccination, three million doses of the coronavirus vaccine have been administered: 1.2 million citizens have received both doses, and 1.8 million the first dose. 21 percent of the Serbian population aged 18 and above have been revaccinated, which puts us in first place in Europe. The first dose has been given to 30 percent of the population, putting us right behind the United Kingdom."

How many doses have been administered to the citizens of Serbia at the Belgrade Fair?

"At the Belgrade Fair, 281,000 doses have been administered and 112,000 people have been revaccinated. The Belgrade Fair epitomizes Serbia, and everyone praises the organization, both here and worldwide. Some big countries have been preparing the vaccination following the Belgrade Fair model. It's the biggest vaccination centre in Serbia, and one of the biggest in Europe. The Fair can admit 8,000 people in an eight-hour day at capacity, i.e. 1,000 people per hour. There are 230 staff in two halls, who breathe as one and are maximally motivated and professional. I would like to thank all the workers as well as the citizens for recognizing the importance of vaccination and coming in such large numbers."

Is it realistic to have over three million vaccinated people by the end of May – about one half of the adult population of Serbia? Are we close to herd immunity?

"In order to reach herd immunity, estimates say that we need to have two-thirds of the population vaccinated. At the present rate, we need just over five months. Ideally, it would be in September. Because vaccination is a demanding process, it takes time, and it's impossible to get everything done in the space of a few days. Having said that, given the present rate, we're on the right track. For instance, in Belgrade, 39 percent of residents have received the first dose, and 26.5 have been revaccinated. At the same time, the number of infections is going down, and there are fewer patients at Covid clinics. I expect that there will be even fewer in May and June, not because of nice weather but as a result of the vaccination. This is why we need to commit even more to the vaccination, and prevent new strains which could cause the fourth pandemic wave, as they have done in Spain. Everyone should assume that they are the crucial link where the corona chain will break, that they are the factor of stability. We should, therefore, do two things – get the jab and keep adhering to the epidemiological measures."

What is the situation with the side effects of the vaccine?

"Of the three million doses administered in Serbia, mild side effects have been reported in 700 people. Five have had more severe side effects, and no one has died."

"Vaccination protects against all coronavirus strains for the most part."

It appears that not even the most vocal critics of the government cannot dispute the fact that, compared to the region and the world, Serbia has done very well in acquiring the vaccines and organizing immunization. What do you think is the secret of Serbia's success?

"Owing to President Aleksandar Vučić and the Government of Serbia, far more vaccines have been obtained compared to other European states. The health system has adapted to the given conditions and done its utmost with the help of the Government's organizational team and the e-Government system. We have come this far, and the world is full of praise for us. We are leading the pack in procurement, because we're friends with both China and Russia, and the EU and the US. We have done our best on both sides to secure a considerable quantity of the vaccines. Such vaccine procurement is a great diplomatic victory of Serbia, which has shown how responsible and consistent it is, and how a serious state takes care of its citizens. "

People from the region have come to Serbia to take the vaccine. How many foreign nationals have been vaccinated?

"Three weeks ago Serbia has extended the hand of friendship to the region. The conditions were right, prompting Serbia to decide to erase the state borders and demonstrate that we are united in the fight against the coronavirus. Our country has shown that it is a factor of peace and stability in this part of Europe, and this is another of its great diplomatic triumphs. Over 22,000 foreign nationals have taken the vaccine."

"For the time being, Serbian nationals are a priority. And if the conditions were right again, Serbia doesn't rule out the possibility of a similar drive taking place."

You have spoken to a number of reporters from around the world in recent months – from CNN, RTL, and RAI, down to Chinese and French media. What are their impressions?

"They're all fascinated with Serbia's success, in organizing the vaccination as much as in procurement, i.e. with the quantities of the vaccine at our disposal. By these parameters, we are far ahead of many European countries, and everyone wants to follow our example."

Lastly, what is the most important lesson learned by the Serbian health system during the pandemic?

"The Serbian health system has given a lesson of life. We have shown the precision of the Japanese and the doggedness of the Serbs – when the going gets rough, we bravely march on to victory. Many have been given an opportunity to show what they can do. President Vučić has worked incredibly hard to ensure we obtained what other countries couldn't, and we didn't want to dishonour him. I hope we have succeeded. Tough times sort out the men from the boys. I think corona has brought forth many heroes in our health system. I'm happy to be a medical doctor in Serbia and that, together with my colleagues, I can do everything in my power to make sure we can back to our lives before the pandemic."

'No one has died of the vaccine'

Your message to anti-vaxxers?

"No one has died of the vaccine, but people die every day at Covid hospitals. Wondering whether to get the vaccine or not is pointless, because on the flip side, you lose your life. Why would you want to gamble with your life?" 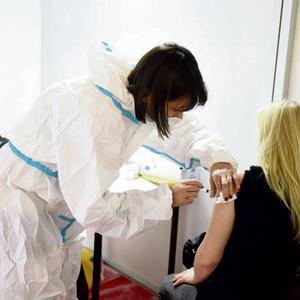 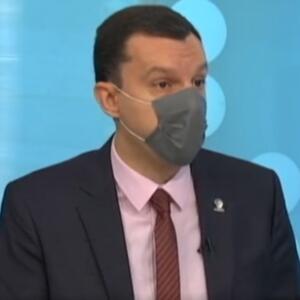 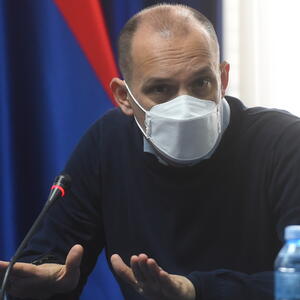 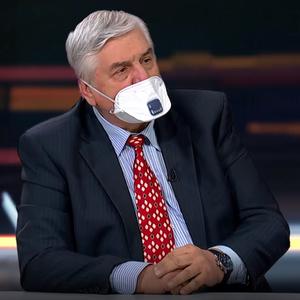