EXCLUSIVE! PAHOR FOR KURIR: If the EU admitted all the Western Balkan countries, peace would be ensured

'I am one of those who think that the EU should place enlargement into the Western Balkans much higher on its agenda,' President of Slovenia said.

The President of Slovenia, Borut Pahor, is on a visit to Belgrade today, where he is due to meet his Serbian counterpart, Aleksandar Vučić. In his exclusive interview with Kurir, Pahor said that the European Union (EU) should put enlargement into the Western Balkans much higher on its agenda, and that admitting the countries of this region would ensure peace and stability. Speaking about the non-paper on the Western Balkans, which allegedly originated from the Prime Minister of Slovenia, Pahor said that he viewed releasing that story to the public as a danger of Slovenia losing its credentials as a true friend of all the nations and countries of the region.

When the non-paper – which allegedly originated from the Slovenian PM Janez Janša – emerged, predicting the "final disintegration of the SFRY", and putting special emphasis on the division of Bosnia and Herzegovina, a "peaceful separation", and the creation of the "Greater Albania", you came out with a statement that you are against changing borders in the Balkans, and that you support a unitary Bosnia and Herzegovina. Nonetheless, what is your view on the non-paper and the subsequent document on the Kosovo issue, allegedly originating from France and Germany? Are these trial balloons of sorts?

"I saw the publication of the 'non-paper' as representing a danger of Slovenia losing its credentials as a true friend of all the nations and countries of the region, and their Euro-Atlantic prospects. The content of the 'non-paper' is in sharp contrast to my views on the common European future. I see the solution in a significantly faster enlargement of the European Union into the Western Balkans, which Brussels must consider as a geopolitical issue. It should keep sight of the entire region of the Western Balkans and sincerely want all the states to become full members of the EU. Only then will the borders lose their significance and nationalism its allure. It's important for maintaining peace and security, as well as the wellbeing of the people in the region."

Are analysts who claim that the EU has been neglecting the Balkans right? We have seen that there is less and less talk of the accession of the Balkan states, and nowadays mention is made of some sort of "prospects for the Western Balkans" …

"I'm one of those who think that the EU should place enlargement into the Western Balkans much higher on its agenda. Most EU states are tired of past enlargements, and want first and foremost an internal consolidation and the resolution of the open issues with Russia, Turkey, North Africa, etc. However, the EU overlooks the fact that right in its backyard problems are piling up, which it doesn't notice because there is peace there."

Will the question of enlargement be in focus during the Slovenian Presidency of the EU Council in the second half of this year?

"I hope that during its Presidency of the EU Council Slovenia will add some momentum to the enlargement dynamic. It certainly should contribute to resolving the block on North Macedonia and Albania's progress. I will strive to ensure that the Brdo-Brijuni leaders' meeting, to be held on 17 May this year, contributes to that."

In your opinion, what is the biggest problem in the Balkans at the moment? Is it the unresolved Kosovo issue?

"The biggest problem that can be solved is the loss of trust regarding the rapid accession of the Western Balkans to the EU. The political will for reform is further weakened as a result, and nationalism gains a stronger foothold, looking for solutions in the changing of borders. If, for example, we were to admit all the countries of the Western Balkans fairly quickly, in a 'package deal' of sorts, then we would resolve the most vital interests of these countries and the European Union and, above all, ensure peace and stability."

Summit at Brdo Castle near Kranj

Leaders of the region get together

You will gather together the leaders of Serbia, Croatia, Montenegro, Macedonia, Bosnia and Herzegovina, and Kosovo at Brdo Castle near Kranj at a summit to be held on 17 May as part of the Brdo-Brijuni Process. What topics will you be focusing on?

"If there is political will and a consensus, we will aim to agree on conclusions advocating an accelerated EU enlargement into the Western Balkans and a more rapid implementation of reforms in the countries in that area of Europe. In one way or another, we will almost certainly express our reservations regarding the changing of borders, and I also expect that we will support North Macedonia and Albania on their path to the EU. The summit is a great opportunity to have a dialogue, which we shouldn't miss. As far as Slovenia is concerned, as a host, we're in very intense preparations for the summit." 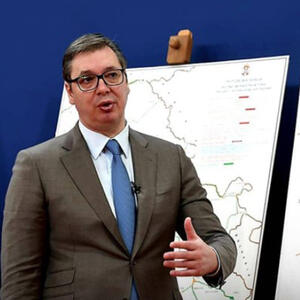 SASTANAK PREDSEDNIKA SRBIJE I SLOVENIJE: Vučić i Pahor u petak u Beogradu 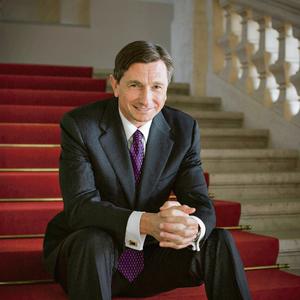 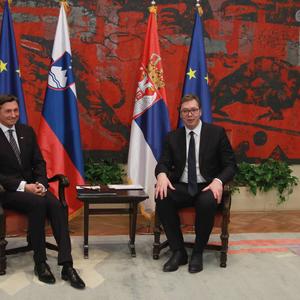 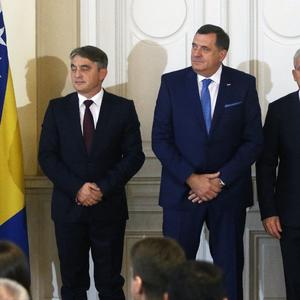