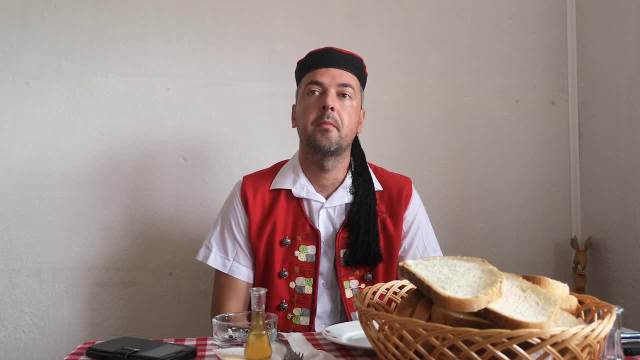 KNIN SERBS' PAINFUL MEMORIES OF THE STORM: 'When they drove us out, our house burned down, but our icon and thurible didn't'

Gojko Radmilović from Žegari, near Knin, was only 11 when Operation Storm was launched. In Serbia, he never stopped dreaming of his home village, which is where he has returned and started a family.

"Knin. I don't remember the image! I only remember the sound! The cows lowing and the dogs howling as we set off. I was small, and the tragedy was great. I was completely unaware of what was happening around me, unaware of the misery, the sorrow, the sadness that had settled over us."

Pain in the soul

"The good Lord only knows if someone had their wits about them or if it was the Lord's own plan, but of all our possessions, we only brought our old national costumes, sabres, and flintlocks. We left the icon and thurible because, once you take an icon and thurible from your house, that's it, it's all over, you won't ever return. We left our icon and thurible there because we knew that we would eventually return. For sure," Gajo recalls the bloody August of 1995.

Preparations for the festival were under way in Knin yesterday, and the defenders were arriving from all around to celebrate Operation Storm. Merry folks on the streets of Knin.

In Serbia, Gajo dreamed of his home village. That was all he dreamed about. He was in his native Žegari every night, and never cried during the day – he just felt a great pain in his soul. A pang in the pit of his stomach.

When they left the house on 4 August, his grandpa knelt down and kissed the threshold bareheaded. His aunt then gave birth in the car, somewhere on the Petrovac road. Gajo saw dead people for the first time then – Serbs who died trying to escape with their lives.

Without a roof over his head, but happy

All of Knin was decorated by Croatian checkerboard flags yesterday. Dr Franje Tuđmana and Sedme Gardijske streets in particular. Before Operation Storm, Knin's population was 80 percent Serbian, and now it is less than 20 percent. There were 2,700 Serbs in Gajo's village of Žegari, and now there are fewer than 300. Plavno and the Serbian villages near Drniš are the same.

"My father was on Mount Velebit on 4 August. When he came home on 5 August, he didn't know what was happening. He found his house deserted and the livestock set loose in the field. When he learnt of our departure, he set off in a van to catch up with us," Gajo recounts.

When they returned home seven years later, Gajo and grandpa Đorđe found the thurible on the wall and the icon below, resting on the wall. The entire house had burned down, but that bit did not.

"I would lie in my bed at night, with no roof or ceiling over my head. I would look at the stars and I'd be happy. I would dream of having dreams about my Žegari. I was in a trance-like state for three days and nights – Gajo had returned to his Žegari," Gajo says.

They didn't know what they were doing

There is going to be a great celebration in Knin today. Half of Croatia will be there, there will be flyovers, and President Zoran Milanović will be awarding orders.

"It isn't right to rejoice at other people's misfortune, son, going against God isn't right," an old man told me yesterday in a village off the Knin-Drniš road.

Gajo's Radmilović family came to Knin 350 years ago. When he returned there, Gajo got married. He is now raising Elena (9) and Irina (6), and keeps working, creating, and making progress.

When Gajo picked up the gusle on 4 August, 26 years after Operation Storm, and started a song on Stojan Janković on his balcony, I genuinely teared up. No words could suffice.

"I respect the Croatian state and authorities, I have to be honest here. They've paved the village road and built street lighting. I teach my children to love what is theirs and respect what is other people's, what else can I do? And those that drove us out and burned down my house, I don't hate them. I do believe that they didn't know what they were doing on the day they burned down my home," Gajo says.

And so Gajo lives his life on the hill overlooking Knin – his own man, looking at the Knin Fortress, occasionally starting a song about Stojan Janković, and saying, "Lord be with me!"

'It started in Jasenovac'

Miodrag Linta, The Alliance of Serbs from the Region

"Operation Storm is the biggest war crime in Europe since World War II, and is just the final act in the ethnic cleansing of Serbs from the Croatian territory."

"After two and a half decades, for us Serbs Operation Storm symbolizes our suffering. It is a consequence of a detrimental policy which assumed that a state can exist only if there is a single, pure nation in it." 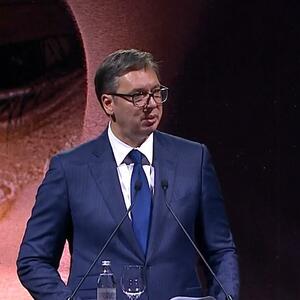 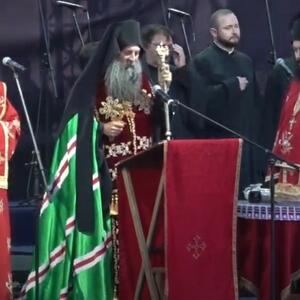 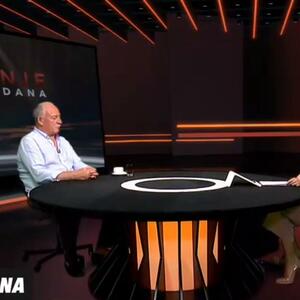