ACADEMICIAN VLADIMIR KANJUH: 'The unvaccinated at 30 times the risk of the vaccinated, danger of NEW WAVE looming!'

'The virus and the vaccines being created in the lab at the same time is a cock-and-bull story. Taking the jab is a moral duty,' renowned MD and academician Vladimir Kanjuh says.

Vladimir Kanjuh (92), a world-renowned cardiovascular pathologist and member of the Serbian Academy of Sciences and Arts (SASA), warns that a new wave of the coronavirus pandemic will loom over us unless the number of those vaccinated goes up.

In his recent paper titled "15 Questions and 15 Answers on Humanity's Struggle Against Covid-19 and Future More Dangerous Virus Pandemics" – which Kurir is publishing exclusive excerpts from – Kanjuh says that the Delta strain of the coronavirus, currently the most dominant worldwide, is far more infectious than the British variant, i.e. that it takes far fewer virus particles to get infected than before. He cites Sydney as an example, where people became infected in a matter of seconds, passing by each other in indoor shopping malls.

"The Delta strain has mutated a number of times already, but two mutations related to the spike protein of the virus are especially important, as they likely allow faster entry of the virus into human cells. It is 40-60 percent more infectious than the British strain, which was dominant in Europe and Serbia in March and April 2021. In Sydney, it took no more than 5-10 seconds for people passing by each other in an indoor shopping mall to become infected. It takes 200 virus particles rather than 500 (as in other virus variants) for infection to take place. It presents different symptoms, with the main ones including headache, fatigue, sore throat, runny nose (resembling the common cold), and there is no loss of smell and taste; it attacks the younger demographic more; it is heat-resistant; it is resistant to monoclonal antibody cocktail treatment," Kanjuh says in his paper.

Kanjuh calls on the population to get vaccinated, adding that it is a moral duty.

"The rapid spread of the Delta strain, disregarding epidemiological measures and monitoring them insufficiently, and – most importantly – if the number of those vaccinated does not go up, we will be faced with a new wave of Covid-19 when the weather gets colder! Anyone who has not taken the vaccine is at a 30 times greater risk of getting Covid-19. The longer and more widespread the expansion of the virus among the unvaccinated, the more frequently the virus mutates and creates new strains, which the existing vaccines may be ineffective against. The plan of the G7 countries is to have the entire world population vaccinated by 2022," the academician says.

Kanjuh also touches on the conspiracy theories, i.e. the claims that the virus was leaked from the lab. He insists that it is a cock-and-bull story that both the virus and the vaccines were created in the lab at the same time.

"The majority of scientists think it emerged by spontaneous evolution, i.e. that it was not made in the lab. The arguments in favour of this are: soon after the start of the Covid-19 epidemic, the Chinese sequenced the entire genome of the virus and made it available to the entire world; the mutated molecular mechanism which the virus uses to enter the cell has not been made in the lab as it exists in both bats and pangolins," Kanjuh says, adding that humanity has started to "imitate God" as it manages and accelerates evolution, so that technically a virus can be made in the lab, but that this is likely not the case with the coronavirus.

'We have shown humanity and heroism'

In his paper, Kanjuh also addresses the question of what to do if in the future a virus emerges which is more infectious than measles and more deadly than Ebola. According to Kanjuh, the experience gained in this pandemic can certainly come in handy.

"We need to discover antiviral medication similar to antibiotics, which are used for bacteria. Needless to say, vaccines are valuable, but sometimes they take years to develop and ensure they are safe and effective. Global solidarity is what must be attained, alongside compassion, empathy, and generosity in helping those who are weaker or poorer. Rich countries and individuals must help the poor. We should steer clear of hatred and accusations levelled at other countries, and ethnic or religious minorities. We should fight for the scientific truth and ignore the conspiracy theories. We should put into practice the famed thought by Marko Miljanov on heroism and humanity in dealing with Covid-19 as well. Heroism was demonstrated by healthcare workers, and humanity by the people, who have adhered to epidemiological measures, taken the vaccine, and in so doing protected others from themselves," the academician says.

Kanjuh puts forward a proposal on what to do in the future.

"In a practical future fight, we should use the experiences gained in the ongoing Covid-19 pandemic. Have appropriate task force teams ready ahead of time. Make sure the health system is prepared for the fight with respect to personnel, institutions, and facilities, and equipped with appropriate medical devices, vaccines, and medications ahead of time. We should have our own vaccine, medicine, and relevant medical device production capability, etc. Special hospitals for dangerous viral infections should be set up immediately, as well as special autopsy rooms and equipment for pathologists and their assistants, allowing necessary autopsies to proceed unhindered. The relevant medical and bioscience specialties need to be given priority at once: preventive medicine, virology, infectious diseases, molecular biology, genetics, pathology, microbiology. Further, pharmaceutical industry and basic antiviral medicine and vaccine associations, institutions, and laboratories should be set up separately. The problem that the government faces is not whether to fight against Covid-19 or keep the economy afloat; it is both, as Covid-19 weakens the economy, and a weak economy makes fighting against Covid-19 more difficult. We need to have a plan developed in advance for how to restructure the economy and facilitate its abrupt transition to conducting business in a pandemic environment," Kanjuh concludes.

'Humanity should stop and think'

According to Kanjuh, humanity needs to stop and think about whether it is just and appropriate to give millions of euros to footballers, golfers, basketball players, or singers, while only 10 million Swedish kronor (app. $1,145,000) went into the Nobel Prize for science in 2020. Moreover, Kanjuh says, the money received must be divided if a team has been awarded.

In his paper, Kanjuh also provides a photograph of lungs taken in an autopsy of a person infected with Covid. 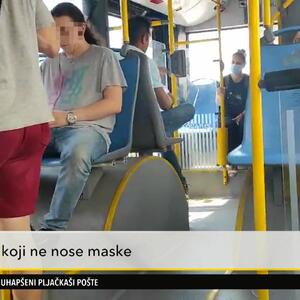 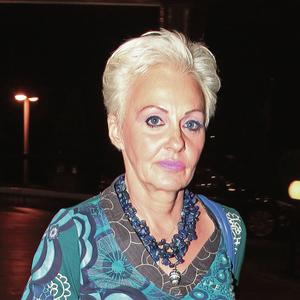 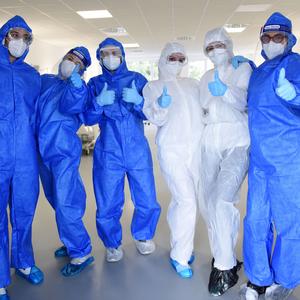 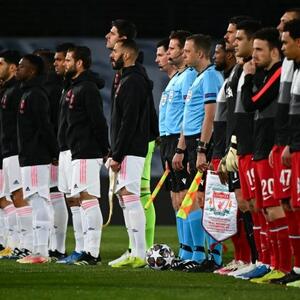