AUTHORITIES, GET INVOLVED: Top brass at Grand caught in tax evasion, it's the institutions' turn now!

After Kurir uncovered the financial machinations of Dragan Šolak's production company, and the direct confession of some of those involved in the scandal that they get tens of thousands of under-the-counter euros, the relevant institutions ought to launch an investigation into the shady activities of this company.

As Kurir has exposed the scheme under which Grand Produkcija (Grand Production) evades paying taxes, which two people have confirmed under their full names, it is state institutions' turn to act! The authorities need to respond and comb through the business activities of a company that has had a direct adverse effect on the budget, Kurir sources urge.

Kurir has uncovered that Grand Produkcija, which is part of Dragan Šolak's United Media, pays €500 or €1000 per show to members of the jury on the Zvezde Granda (Grand Stars) TV show through fictitious contracts, and thousands of euros more in cash. This effectively bypasses the tax system and puts a dent in the state coffers. Although there is plenty of evidence for these claims, as well as testimonies of those involved to the effect that they have indeed received money under the counter (one of them is still an active collaborator on these projects), Grand Produkcija keeps claiming that music stars offer their services for free for promotional purposes (?!)

Neither the owner of Grand Produkcija, Dragan Šolak, nor the company executive manager, Aleksandra Subotić, have made statements in this regard. Instead, they have been trying to put the former Grand manager and the Grand TV show host, Saša Popović, in the hot seat, and essentially transfer the burden of the illegal activities onto him. This is best seen in the fact that only Grand has so far come out with a brief public statement on the issue, while United Media's top brass have gone completely silent.

However, given that Kurir has published plenty of evidence and many testimonies of those involved in these machinations, an urgent investigation should follow, whereby the authorities would comb through these media and showbusiness ruses. As a reminder, Popović himself said in a show two years ago that Jelena Karleuša was not on the jury panel for a song and that she was paid well. Our findings have been confirmed by singer and former jury member Aca Lukas, as well as producer Saša Mirković.

The Tax Administration had no comment regarding whether and in which way they were looking into the Grand case.

"Any document, information, or other fact relating to a taxpayer, obtained in a tax-related, summary offence, interlocutory, or court proceedings, is deemed and stored as classified data. The Tax Administration sets, controls, and collects public revenue, and takes all relevant measures within its jurisdiction under the law," the Tax Administration said in a statement for Kurir.

This is not surprising given that, according to a tax expert, this institution really is not at liberty to discuss the details of an ongoing investigation. However, according to unofficial information, the relevant institutions are already looking into the case of financial machinations in Šolak's Grand Produkcija, and an investigation is likely going to be launched.

Zoran Stojiljković, Professor at the Faculty of Political Science and a former member of the Anti-Corruption Agency, said for Kurir that keeping two sets of books was unacceptable, as was giving two different sums of money by two different groups of people (i.e. the fact that the jury talk about large remunerations that they receive, even as Grand top brass claim they are not paid at all).

"That is enough of a signal for the authorities to get involved and investigate where the money comes from and who exactly gets paid and for what," Stojiljković insisted.

Marko Matić, an investigative journalist of many years, says that the very fact that information on irregularities in Grand Produkcija's business operations has reached the public ought to occasion a response on the part of the authorities, who should launch a detailed investigation aimed at discovering the whole truth.

"On the other hand, the silence of the company owner and hiding behind the management, themselves appointed by the will of the owner, is a remarkably poorly masked attempt at controlling the damage that the reputation of the entire United Group has suffered because of this scandal. I think it's high time for us as a country to show zero tolerance towards such phenomena, and to resolutely face up to all forms of abuse and violations of the law, without exception and regardless of the perpetrators and their domestic and foreign patrons," Matić pointed out.

Making billions: According to the most recently published financial statement, available on the website of the Serbian Business Registers Agency, Grand Produkcija generated a revenue of as much as 1,434.4 bn dinars in 2019, with their net profit standing at 582.08 bn dinars. 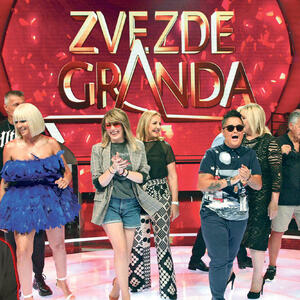 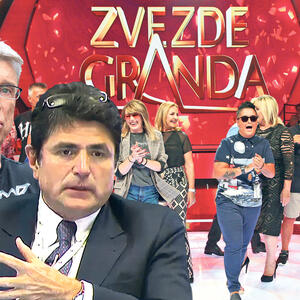 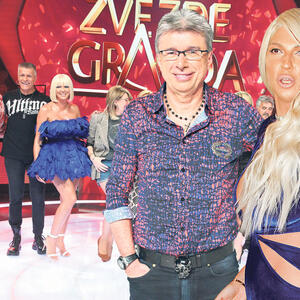 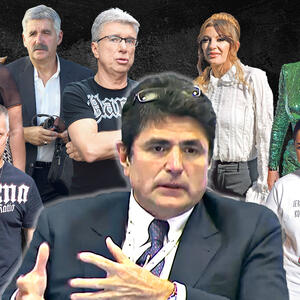