THE PRESIDENT OF THE REPUBLIC OF SRPSKA

INTERVIEW OF THE WEEK - ŽELJKA CVIJANOVIĆ: 'Izetbegović is an extremist challenging to build coexistence with'

'This avowed hater of Serbs, the Republic of Srpska, and Serbia hurled the worst kinds of insults at the Serbian Orthodox Church. It's evident that his platform of creating a Muslim state, masked by the concept of a civic Bosnia and Herzegovina, is stronger than the need to at least put up a front of tolerance'

The President of the Republic of Srpska, Željka Cvijanović, says that the summons for questioning and 29 complaints (for denying the genocide in Srebrenica, and including Milorad Dodik) are indicative of what Inzko's imposition of the law is for. In her interview with Kurir, Cvijanović talked about the relationship between Serbia and the Republic of Srpska, the report on Srebrenica by the International Commission, as well as the mayhem preceding the enthronement of Metropolitan Joanikije.

Milorad Dodik is one of 29 people to be served a summons for questioning over denying the Srebrenica genocide. However, Dodik said that he would refuse it. What do you think about his decision, and would you have done the same?

"This summons for questioning and the 29 complaints are indicative of just what Inzko's imposition of the law is for. He acted as a lobbyist for the Bosniaks, abusing the position of the High Representative and ignoring the fact that this will have adverse effects and cause further rifts in Bosnia and Herzegovina. Why then should we be surprised by President Dodik's response? For years we've been pointing out that the Dayton Agreement and the Constitution of Bosnia and Herzegovina do not give High Representatives the right or mandate to promulgate or amend laws, but they have done so. The decision in question goes against the Dayton Agreement, and this is why it's been said that it will not have legal effects in Srpska."

The National Assembly has concluded that the requests by the Bosniak Parliamentary Group to veto the laws adopted by the Assembly, concerned with amendments to the Criminal Code of Bosnia and Herzegovina, are not in line with the Constitution. Do you expect similar procedures to be initiated?

"Since the establishment of the House of Peoples – which, incidentally, isn't a Dayton-based institution in the Republic of Srpska, but an imposed one – the Bosniak MPs have been raising the issue of vital national interests over a number of decisions. Seeing as in practice they act like an extended arm of the political Sarajevo, it's fairly obvious that they will continue to abuse this mechanism of protection."

'We've managed to save jobs in Srpska'

"The Srpska institutions responded in a timely fashion to the appearance of the coronavirus. We were among the first to introduce measures aimed at stopping the spread of the pandemic, and moved to protect the healthcare system, our citizens' health, and economic activity. We've managed to equip our hospitals with the necessary medical materials and instruments, vaccines, and tests. In doing this, we have also had Serbia's selfless help. The huge pressures notwithstanding, we've succeeded in saving jobs and the economy, as evidenced by the macroeconomic indicators for the first half of the year. What's more, the data suggests that at the present moment we have record-high employment in Srpska, higher than before the pandemic. The new wave of the virus is warning us that the fight against Covid is far from over, and that we will need much more effort, patience, and responsibility across the board to emerge victorious and with as few adverse effects as possible."

The report of the International Commission on Srebrenica demonstrates that there was no genocide. Why was the Commission engaged now?

"Unlike the efforts made by the international actors and Bosniak politicians, geared towards investigating the suffering of Bosniaks in July 1995, this Commission was given the mandate to investigate the suffering of all nations in the Srebrenica region during the 1992-1995 war. The starting assumption was that the overall context needed to be taken into account in order to understand the events in this area. Furthermore, in addition to looking for answers, such an approach would right the wrongs done to the Serbian victims, who have been ignored and neglected by both the domestic and international judiciary. The members of the Commission are experts from a number of countries, with strong references and unquestionable integrity. All this has caused additional apprehension and brought about the effort to discredit both the report and its authors, by those who based their national policies and political careers on ignoring Serbian victims. Personally, I think that each event or phenomenon can be the subject of a discussion if there are parties interested in discussing it. Inzko has imposed the amendments to the Criminal Code in order to set a thought, opinion, and word in stone, even those originating from the scientific milieu. I feel sorry for all the victims and sufferers, no matter what nation they belong to. I also support the view that all perpetrators of crimes should be brought to justice, again regardless of what nationality they are. What I don't support is misusing any victims for political purposes. Lastly, I'd like to point out that the prevalent view in the Republic of Srpska is that Inzko's law doesn't help the reconciliation process or the building of coexistence, but that it only provides tools for a political face-off, through the judicial system, with those who won't give up on the Republic of Srpska or merge it into a unitary Bosnia and Herzegovina."

It is often said that the collaboration between Serbia and Srpska is at its peak. What are the key elements of this collaboration?

"There is no doubt about that, and it's perfectly natural for Serbia and Srpska to maintain close ties and collaboration. At any rate, this collaboration has institutional foundations in the form of the Agreement on Special and Parallel Relations. We collaborate in all areas, plan and implement numerous joint projects, and mark significant historical dates together – a very important practice initiated by presidents Vučić and Dodik. The extent of the collaboration and Serbia's investments across Srpska are best seen in the fact that, owing to the incumbent government of Serbia, there isn't a single municipality, from Herzegovina to Krajina, in which Serbia hasn't implemented an important infrastructural project, whether it is a hospital, school, kindergarten, bridge, cultural centre, or another kind of facility that is important for the local population. We are currently implementing strategic projects, such as the Buk Bijela hydroelectric plant, the Trebinje airport, the Banjaluka-Belgrade highway, as well as the project of building a gas distribution network in the Republic of Srpska. But, in order to understand the level of destructiveness reigning supreme in the political Sarajevo, it should be pointed out that they are trying to block or undermine each and every of these strategic projects. An economically strong and politically stable Serbia is of crucial importance to us, and we are happy to see every bit of success it has, as we know very well that such Serbia is the strongest mainstay of the Republic of Srpska. Another thing that should be pointed out is that, in addition to these projects, the political Sarajevo has for years been striving to block the inflow of money to the Republic of Srpska. Sadly, the opposition parties of Srpska have often taken part in this."

How do you comment on the protests and mayhem that erupted in Cetinje prior to the enthronement of Metropolitan Joanikije?

"I'm glad that such a magnificent religious ceremony as the enthronement of a metropolitan wasn't thwarted, and that the politics of hate and chaos was ultimately proven hollow. Unfortunately, there were many toxic statements, in Montenegro as much as in the political Sarajevo. For instance, Bakir Izetbegović, an avowed hater of Serbs, the Republic of Srpska, and Serbia hurled the worst kinds of insults at the Serbian Orthodox Church, showing yet again that he is an extremist challenging to build coexistence with. It's evident that his mental and political platform of creating a Muslim state, masked by the concept of a civic Bosnia and Herzegovina, is stronger than the need to at least put up a front of tolerance. I wish for all the countries in our region to prosper in peace, but unfortunately I know that we haven't made much headway in building mutual relations." 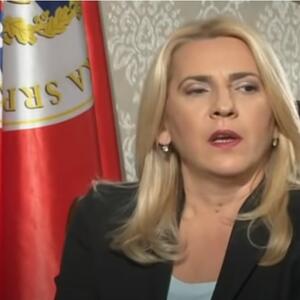 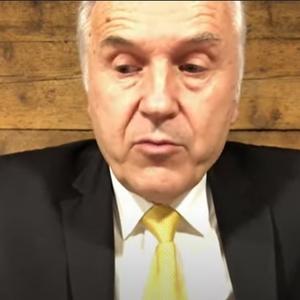 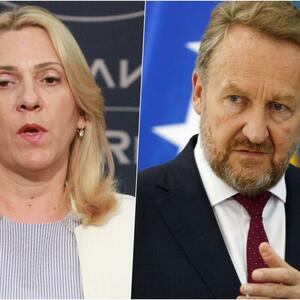 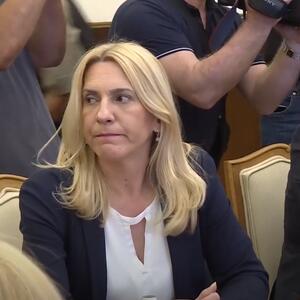