KURIR PUBLISHES TWO MANUSCRIPTS BY DIRECTOR OF THE BELGRADE PHILHARMONIC

IVAN TASOVAC: A wave good-bye to the cultural and political town square

With the consent of Tasovac's family, Kurir publishes two manuscripts authored by the Belgrade Philharmonic director, who passed of a heart attack on 29 September at his home

Ivan Tasovac added the final touch to his thoughts on Serbia's culture and politics returning from Turkey on an airplane just a few hours before his death. The two texts Tasovac had been preparing for publication were completed on the flight back from Turkey. A massive coronary then stopped his flight, thought, and each and every wish, but not our duty to lend him an ear once more. The body of work that he has left behind was created by the very mind that authored the piece before you. As a guidepost for all who seek to work and create, and are able to articulate their own thoughts, outside of all fashion, mainstream, or the philistine rules of the self-same town square. His disdain was well-intended, instructive, and, for that very reason, couched in the form of jokes. As the wittiest among us, he has left a piece of his unique spirit to us in the text before you. Enjoy!

On the cultural town square

Coryphaei of Serbian culture, why are you silent?

I like to read Milena Dragićević Šešić's interviews. As one of the most prominent experts in the ideology of whining over the state of our cultural life (as well as more generally), she manages to recycle her own statements and yet invariably sound freshly concerned. Truth be told, her expert opinions have no use whatsoever, but do come in handy as a recommendation for another check or two from the European funds for developing the strategies of evaluating own evaluations of 20 years before. Not to mention the fact that both arms of the Serbian political opposition – its political as much as its media part – only consider as intellectual the segment of the population who hold a unison view that Serbia has never seen worse times.

In her most recent interview with N1, the main claim M. D. Š advances is that incompetent people run all social spheres here, which are naturally in a state of decline as a result, with the decline of culture the most precipitous. This nosedive began around the time when the well-known cadre of (non)partisan city hall officials, such as Gorica Mojović, Vesna Marjanović, or LJiljana Blagojević, were ousted from the city's cultural policy making and went back to their previous jobs. Hand on heart, with the exception of the wife of Siniša Kovačević, no one knew what these jobs were exactly. Until she retired, Milena Dragićević Šešić taught, among other things, at the Diplomatic Academy of the Ministry of Foreign Affairs, and actually trained all those "incompetent party cadres" in cultural diplomacy. So much for the dictatorship. But OK, let us consider at least a portion of these incompetent yes-men currently at the helm of the Serbian culture.

I assume that M. D. Š primarily meant Ivan Medenica, who this hillbilly government recognized as a politically suitable minion and proceeded to appoint him as the artistic director of BITEF. It probably also had in mind writer and director of the National Library Vladimir Pištalo. In addition to being incompetent, he is also remarkably arrogant, seeing as he does not swear when he appears in public, thus evidently lowering the standards of talent and competence established by Sergej Trifunović, Marko Vidojković, and similar sort of small fry. The civic Serbia should probably also renounce Novica Antić, and recycle Kokan Mladenović, who the Atelier 212 actors had a hard time chasing out. Or does the esteemed professor hold that the RTS Orchestra chief conductor Bojan Suđić lacks the competence to run the BEMUS? It is possible that the director of the Yugoslavian Cinematheque, Jugoslav Pantelić, does not deserve the trust placed in him as the head of FEST. The director of YDT Tamara Vučković and the director of the Museum of Yugoslavia Neda Knežević likely joined the Progressive Party because otherwise they could not have taken the helm of these institutions. Perhaps violinist Stefan Milenković and Tijana Palkovljević Bugarski, who is at the head of the Gallery of Matica Srpska, really are the two straws which the professor warns will break the camel's back, hurling into the deepest abyss whatever is left of the long-suffering Serbian culture, oppressed by the dictatorship.

I personally have not observed the incompetence of Jug Radivojević, who was behind the renascence of the Belgrade Drama Theatre, but then I am demonstrably incompetent – just look at how the Belgrade Philharmonic has been imploding for years – so it is probably just me. I do wonder, though, if anyone remembers the names of the National Museum and Modern Art Museum directors from when these museums were closed? Are those some of the expert cadre that M. D. Š pines for? Does any helmer remember the Film Centre of Serbia's pre-2013 budget? And why do so many of them keep schtum and allow just about anyone to call them incompetent yes-men with a party membership card? Likely because the provincial, on-the-make sort of policy of avoiding conflict with the town square often gets treated as the mainstay of sustainability in culture. As far as I am concerned, as long as the coryphaei of the Serbian culture remain silent and act in public as though this were no business of theirs, they will go down as no more than hypocrites. But make no mistake – this is their absolute right, as much as it is the professor's absolute right to keep repeating her statements for years, with minimal alterations, however wrong they might be. Be that as it may, time will tell who is right.

On the political town square

Everyone is entitled to their own vision of Serbia. Vučić sees it as a sovereign state strengthening its economy, sport, culture, and international relations. Vuk Jeremić and the rest of the Boškić's see it as a police state, in which the media rubbing them the wrong way will be summarily stormed in between arrests of those who think differently.

In addition to protecting hens from being drugged in Morović, Commander Marinika Tepić will also be arresting all those who think that United Media must abide by the laws no less than Telekom does.

Dra­gan Đi­las sees Serbia as a private company in which profit is guaranteed as the losses go to the taxpayers. Architect Bakić advocates a Serbia in which the only aesthetic allowed will be that of Višnjička Banja and in which everything else will be torn down. Hence this remains the first and last question for the Serbian political opposition: How do you get the better of the most successful Serbian politician with so few coherent ideas? And so, after many a year of reflection, this time in unison and cooperation with the amateur singing troupe from the stands of the Partizan football stadium, they realize at long last that homophobia can be the most potent and important glue that holds them together.

Homophobia as a safe house of the Serbian Democrats and all those who pass themselves off as such. Chanting "Vučić, you're a faggot!" has laid bare not only how intellectually blinkered the Serbian opposition is, but also how out of tune with the 21-century social changes they are. That has irreversibly severed the very last link connecting the opposition with urbane, decent people. Decent people think that being gay is not offensive, or being lesbian, transgender, even heterosexual. The open joy with which the so-called independent media reported on the parroted presentation of the new ideological platform put forward by the defenders of the Serbian democracy stems as much from their lack of professionalism as from their essential philistinism. Anything is possible in this theatre of the absurd of theirs.

It is possible to stand up to "dictatorship" even as you threaten lustration and arresting anyone who does not share your own ideological conceptions. It is possible – as academician Teodorović does – to believe indicted criminals Miljković and Belivuk more than the institutions that arrested them. Just like it is possible – if you are Dušan Petričić – to accuse criminals close to the Progressive Party of the temporary ban on his despicable Facebook page. Because the town square knows full well that in her leisure time Suzana Vasiljević slaps Zuckerberg as needed – whenever he does not distribute sufficient amounts of the Progressive Party materials around the Silicon Valley. Just like the town square knew full well and gloated over the made-up train that allegedly got derailed near Grdelica and which Serbian Railways could not find for days.

In principle, I have nothing against the people who believe that the earth is flat or that they will arrest their political opponents when they come to power. What makes me wonder are the media which provide so much space for such nonsense. This is why Željko Mitrović's announcement that he will cancel reality shows sounds reasonable. It is difficult to fight off competition with Siniša Kovačević and other leaders of the opposition on TV channels whose own subjective feeling is that they act with utmost lack of professionalism. In other words – Kristijan Golubović is through. 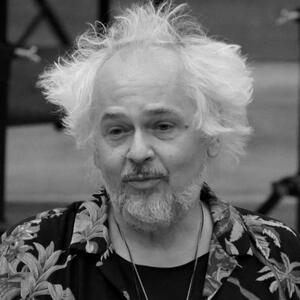 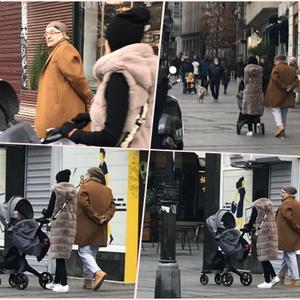 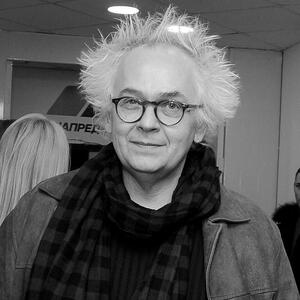 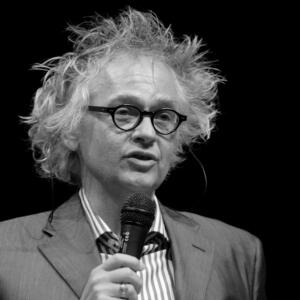