‘ONLY MAFIA AND ORGANIZED CRIME ARE DEFEATED’: Abazović IN A KURIR EXCLUSIVE: ‘Dritan NEVER BETRAYED anyone or anything’

‘The condition for our coalition is a government of experts - for us to be represented by dignified professionals. The regime, the mafia, they will do anything to prevent this from happening,’ says the leader of the coalition In Black and White, an Albanian who holds the future of Montenegro in his hands.

The condition for our coalition is a government of experts - for us to be represented by dignified professionals. The regime, the mafia, they will do anything to prevent this from happening. They will try whatever they can to cause incidents. It is our duty to show wisdom and responsibility.’

The leader of the In Black and White election list Dritan Abazović said this in an exclusive interview for Kurir. The election list, with its four councillors, is what will tip the scales in forming a new government of Montenegro.

‘At the moment, only the mafia and organized crime are defeated. Citizens who are members of any religious, national, or political organization should not feel defeated,’ Abazović says.

There are some who claim that you will have difficulties forming the government with the Democratic Front and that you will join Milo Đukanović’s DPS?

‘Our platform has been clear from the start. The people who voted for us are the people who want change. Now that changes have taken place, we will not betray them. Despite hundreds of calls, despite thousands of messages that I have received in the previous period. Despite the calls from the international community, and calls of my colleagues from the region, I solemnly swear that Dritan Abazović and the In Black and White coalition will not give in to any kind of pressure.’

A friend of mine, who lives here in Montenegro, identifies as Serbian, and wholeheartedly supports the opposition, told me something similar: ‘Dritan is the last person to betray anyone!’ Are you afraid of betrayal in the ranks of the opposition?

‘I am not sure what sort of betrayal. So, Dritan has never betrayed anyone or anything, and has remained consistently in line with everything he has said in the political life. The only ones who can betray are those who have betrayed before, and it seems to me they have come from the entire political spectrum – they are people who give in to pressure. Pressure fails in our quarters - we know very well what we want.’

Four or five years ago, Milo Đukanović called you a low-life in a debate. What have you got to say to Đukanović now?

‘Nothing! Everyone has their own moral compass and ways of communicating with colleagues and MPs. I think it is also a question of manners. He said that, and I think he revealed he was nervous at that point. I also think that was the start of his downfall. Well, the wait was a bit long, but it has happened.’

Did he call you to congratulate you on the election victory?

‘No, absolutely not. I have no communication with him.’

How do you feel when people call you an ‘Albanian chetnik’?

‘I always feel good, both when they praise and attack me. The ‘Albanian chetnik’ has become a synonym for the fight against organized crime and corruption, and I am glad that many ethnic Montenegrins and Serbs are starting to say, ‘I’m an Albanian chetnik.’ If ‘Albanian chetnik’ is synonymous with change, then it should remain a part of this campaign.’

How difficult will it be to form a new government?

’It will be hard. It will be challenging because changes are taking place for the first time. No doubt it will be a bumpy road, but it is what it is. I would not want people to expect that this will happen overnight, or straight away. The right decisions need to be made, the times require wisdom, as the government will try whatever it can to sabotage everything.’

It has lots of experience in that area ...

’Precisely. Maybe by causing incidents, maybe even by physical coercion. Nothing should be ruled out. I am sure that eventually we will succeed and bring joy to the people.’

‘I am not a fan of Matija Bećković or his statements, especially past ones. I have read his statement. No one should be carrying anyone; we all do our best. And I will be happy to go to Belgrade, just as I am happy to go to all the countries in the region. I am looking forward to meeting people, we need more reconciliation. I think that I am contributing greatly to that. I am looking forward to going to Belgrade and any other city in the region.’

How does one bring reconciliation to the feuding Montenegro? To Montenegro and Serbia?

‘It is best to use personal example to show that it is not the people that are feuding. Rather, the ruling circles divide the people for personal interests. If we work more on integration, we will find it easy to understand each other. When there is no media propaganda targeting someone, when you shake the hands of people who have a different opinion. The goal is not to fight for Albanians, Serbs, or Montenegrins, but for people. There is tension between Montenegro and Serbia because that has been in the interest of the ruling establishment. I am sure that having the best possible good neighbourliness policy is one of the more important national interests of Montenegro.’

The headlines in the Belgrade media today: ’Albanian Dritan Abazović Decides on Montenegro’s Future!’ How does that role make you feel?

’If I have this unexpected responsibility of deciding Montenegro’s future on my hands, then I accept the challenge. I have lived for the day when changes would happen.’

What is your dream?

’Montenegro in the European Union, reconciled, and with a much higher standard of living than now. I am sure that this dream can come true if we behave responsibly in the future government of Montenegro.’

If the future government of Montenegro has the issue of withdrawing the recognition of Kosovo on the agenda, how will you respond?

‘Of course we will be against. I also think that this issue will not be put on the agenda because it is behind us. One should not go back into the past. I expect that Belgrade and Pristina will find common ground in the foreseeable future, and that they will reach an agreement which will ease the tensions and enable a reconciliation process. Peace has no price. Everyone here wants peace, no one feels like waging wars, but living a life and doing business.’

How different will you be from those who have been in power?

Are you afraid that power would corrupt you?

‘I am a little bit, and that is why I would like not to stay in politics for too long. I am proud and happy that I am contributing alongside my colleagues to positive things and a positive transformation of Montenegro.’

Will you rule Montenegro for 30 years?

‘I absolutely will not rule for 30 years. I am somehow more comfortable with being in the opposition than in power – I have never been in power or attempted to be. I do not think anyone should rule for 30 years, and in the post-Đukanović Montenegro no one should be allowed to be in power for more than two terms in office. Preferably one.’ 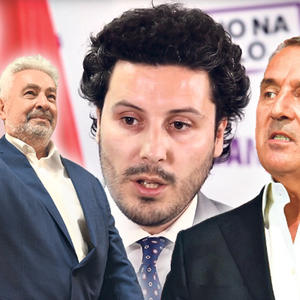 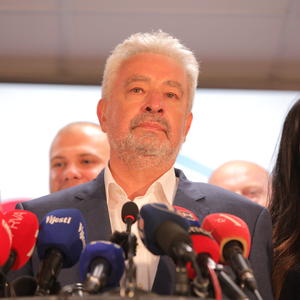 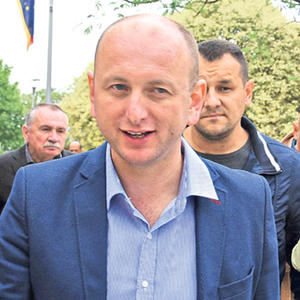 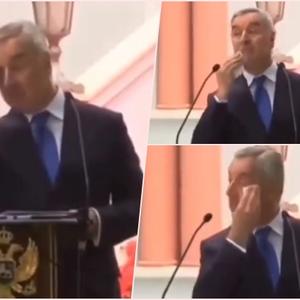