THE FOUNDER OF THE DIEM25 MOVEMENT

VAROUFAKIS EXCLUSIVELY FOR KURIR: 'Corona has created techno-feudalism, society must reclaim power from the corporations!'

'Reliance on state money and the end of competition have resulted in a new form of high-technology feudalism in which many stagnate and a few move forward using fictitious capital,' Yanis Varoufakis says.

"Corporations have made sure not to allow such a good opportunity as the Covid-19 pandemic to go to waste. As a result, techno-feudalism has taken root in which many stagnate and a few move forward using fictitious capital," Yanis Varoufakis, former Minister of Finance of Greece and founder of the DiEM25 and Progressive International movements, said in an exclusive interview with Kurir.

The coronavirus pandemic has impacted the world like no other event in history. The virus has killed over three million people, stopped all travel, shaken the markets, and brought a crisis whose end is not in sight. The countries with the largest social gap are the ones that have had the greatest number of deaths in the pandemic. Has Covid-19 shown that capitalism is not good enough to tackle these sorts of problems?

"Plagues preceded capitalism. The so-called Black Death ravaged Europe long before the emergence of capitalism, while the Spanish flu killed as many as 100 million people in 1918, before capitalism took hold in its dynamic phase in the 1920s. What makes Covid-19 special is that it hit us at a point when capitalism was already turning into something else. The 2008 financial collapse was like no other economic crisis in the past, or at least none post-1929. It transformed capitalism, making corporations fully dependent on large amounts of central bank money, separating in this way profitability from the accumulation of wealth. Moreover, new digital technologies have created 'platform' corporations, which have killed market competition. Reliance on state or central bank money and the end of market competition have resulted in a new form of high-technology feudalism, i.e. techno-feudalism, in which many stagnate and a few move forward using fictitious capital. So, when Covid-10 emerged, with central banks printing more state money and 'Big Tech' companies like Amazon becoming even more powerful, techno-feudalism definitely took root. We see techno-feudalism at work even in the extraordinarily rapid development of the vaccines: they were made using state money for the benefit of private entrepreneurs!"

Some people say that the greed of big corporations is the cause of the pandemic and the disastrous response resulting in so many deaths. Do you agree and should the world change as fast as possible?

"The pandemic was caused by the virus and not the corporations. The corporations have simply made sure not to allow such a good opportunity as the pandemic to go to waste. They were financed by the state to use the knowledge which is the product of the state education system and science in order to make private profit. The problem is not so much the corporations as the lack of democratic institutions with the power to stand up to our techno-feudal masters. That is what needs to change as soon as possible: society must reclaim power from the corporations. This must be achieved in two ways. First, corporations must pay for what society and the state invest. Second, we must change the legislation regulating the status and business operation of corporations: the practice allowing a few to buy the bulk of shares in almost all the important corporations must be exposed as mad and changed."

The climate crisis is one of the biggest challenges that the world is facing. Do people understand that, and what is the priority in this fight?

"Yes, most people – especially young people – understand that. The problem is that this issue seems so huge to all of us that everyone feels helpless to do anything about it. Moreover, it's not something that can be left to private responsibility. A bit of recycling or riding a bicycle to work can make us feel good, but that won't remove the existential threat that we are facing." 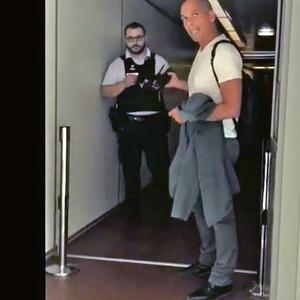 How should people be involved in this great transition for the benefit of the planet? If we want a new deal, a new social contract, what do we need?

"That is the hardest question. For starters, humanity needs to invest around 10 billion dollars every year in the necessary green transition. We also need to significantly change the way we eat, live, and relate to one another. None of that can happen without an international movement which, in turn, stands against big interests. This is why some of us have put all our energy into the founding of DiEM25 (Democracy in Europe Movement) and the Progressive International: the green transition cannot be achieved by the elites; rather, we must fight for it at the level of the 'base', i.e. the citizens."

Greece is part of the European Union, but after the economic and migrant crises, and now the coronavirus crisis and the right-wing extremism, do you think that the EU is in crisis and that it will survive the problems it is facing?

"The EU has been in a serious crisis since 2008, when the global financial collapse revealed the shortcomings in the Eurozone architecture. I have been saying for two decades at least that it was an unavoidable crisis, and that the poor response to it and how it was resolved has caused much unnecessary suffering. Will the EU survive? It's evident that there is a huge amount of political will for the EU's survival, both on the part of the elites and the citizens. If the EU were to collapse, the price would be unbearable, even if you think – as I do – that its structure is such that crisis and the potential for its collapse are built into its DNA. In a nutshell, since the introduction of the Euro, the EU has been on the road that forks off in two directions. One leads to disintegration. The other leads towards establishing a veritable federation. What is tragic is that the EU establishment pretends that there is a middle-of-the-road solution, although there isn't one really. As long as they keep up the pretence, Europe will be getting weaker, more fragmented, and closer to a downfall, which means the road to its disintegration." 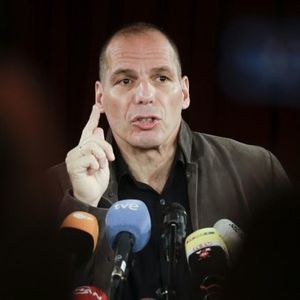 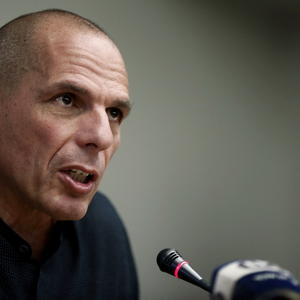