BEĆKOVIĆ FOR KURIR Serbs cope better with being bombed than bombing others. They can hardly wait TO BE DISAPPOINTED IN EVERYTHING

"What Kurir has been through is quite a lot for 18 years," academician and poet Matija Bećković said at the start of the interview given for the anniversary issue of our newspaper.

"It's a big date. When you turn 18, you become responsible for your own actions," he said.

You are a monarchist by conviction, and you were born on 29 November – a day that was to be marked as the Day of the Republic for decades. It is more than a curiosity …

The death anniversary of the lifelong president of the SFRY, Josip Broz Tito, was recently marked. Has history passed its judgement on him?

"He's long since been judged by everyone but the Serbs. Serbs are more interested in who tore down Savamala unlawfully than who killed nearly 200,000 prominent Serbs unlawfully after the war."

Where would Yugoslavia be today had it survived?

"Many think that Serbia would have disappeared had Tito's Yugoslavia survived."

What is your view on drawing new borders in the Balkans and bringing up "the completion of the disintegration of the SFRY"?

"It means giving Serbia a chance to be recognized and treated as an equal to the newly emerged states, which are themselves younger than many of its citizens."

Are the non-papers that have recently appeared trial balloons or … ?

Mention has been made of the unification of Kosovo and Albania, i.e. the creation of the "Greater Albania". Isn't that dangerous?

"The miracle of the 'Greater Albania' surpasses only the miracle of having two Albanian states next to each other. The idea is less of a danger to Serbia, and more so for Montenegro and Macedonia, which wouldn't be likely to survive."

I think that you have authored what might be one of the most widely cited sentences on Kosovo: "Kosovo is the costliest Serbian word." Do you still stand by this?

"At a time when all words have become cheaper, the costliest Serbian word has become priceless. A word costlier than life. And you don't trade in the priceless."

You have also said that "Just do your job, child" is the most important Serbian word. Why?

"We are a nation of people who feel better about and cope better with being bombed than bombing others. No victim would ever want to trade places with their executioner."

When you look and listen to young people, what do you think of? Should we be worried about the future?

"There would have been enough time to take care of young people, had we intended to do so. It's too late now, for us as well as for them."

A year in, do you think the world has become used to the life in the pandemic?

"Perhaps not to the pandemic, but certainly to living behind face masks. Even when the pandemic passes, masks should be retained and changed frequently. That is healthier and more honest."

What has coronavirus taught the world?

"That there is no difference between religions, nations, or small and great powers. And that millions don't object to being led by an invisible whistle. It's a triumph of obedience."

Serbia has donated vaccines to its neighbours. People from the region came to Belgrade to take the vaccine. Could you say that there is no better example of solidarity in these difficult times?

"It's a rare example of humanity in our time, although I have heard that there are those who teach their children not to take vaccines from strangers. In other words, beware of Serbs bringing vaccines."

On the events in Montenegro

'Đukanović is goods past their expiration date'

The Montenegrin people have defended the Serbian Church shrines in lity processions, and Milo Đukanović's DPS has been ousted from power. How happy are you with the opening moves of the new government, led by Prime Minister Zdravko Krivokapić?

"The 'Protect the Shrines' battle cry isn't just about fighting to keep the churches. It's also about keeping the language, the alphabet, the name, the nation, the history, our face, and our place among the people and the nations. All the magnificent lity processions and heroic feats of the opposition martyrs notwithstanding, I'm afraid that it all would have come to no fruition had not the international community – which the government had been most relying on – joined them. The foreign elements knew better than us what that government had been doing – and it must have been getting up to all sorts of trouble to have started to rub even the international community the wrong way. They're now doing whatever they can to sweep their defeat under the carpet and, little by little, following the 'Please, Miss' model, report to and pester that community in order to be taken back. The international community responds by saying that it's not interested in either Serbs or Montenegrins, but in crime and corruption. The erstwhile government, however, won't bring itself to utter those two words. It has happened before that individuals would change their identities for well-known reasons, or their names, or would undergo plastic surgery and come up with a new biography. Such individuals then set out to change the identity of an entire nation – the very nation whose only missing problem is the problem of identity. It takes a lot of patience before things fall into place. What's most important is that genetic reengineering in Montenegro has fallen through. Admittedly, it's a well-known fact that Serbs can hardly wait to be disappointed in everything."

Has Đukanović's rule really come to an end?

"Those goods are way past their expiration date. Now they must be taken off the shelf."

'Porfirije couldn't have had a better start'

You were close to Metropolitan Amfilohije. What words of his have stayed with you?

How happy are you with the new patriarch, Porfirije?

"He couldn't have had a better start." 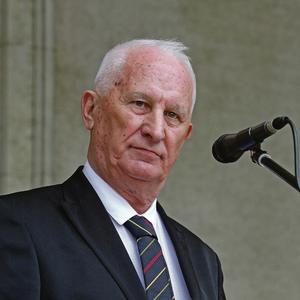 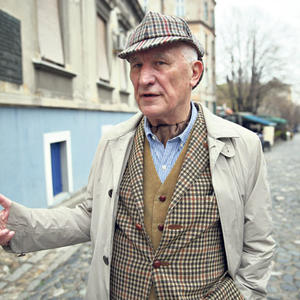