"Germany will have parliamentary elections in September, but whatever the outcome, there will be no fundamental changes in the policy towards Serbia."

This is what the Ambassador of Germany to Serbia, Thomas Schieb, said in an interview with Kurir. Addressing the topic of multiple recent non-papers concerned with the future of this region, he made a point of saying that Germany's position is unequivocal – there will be no changing of borders in the Balkans.

At the same time, Schieb said that Serbia has Germany's support on its path to Europe, adding that it is important, however, to continue implementing the reforms, especially in the area of the rule of law.

Opening Cluster 1 in Serbia's EU membership negotiations was noted in Luxembourg in June. The fact is, however, that chapters are opened very slowly. How should one interpret that?

"The speed of opening the chapters is set for the most part by Serbia. In other words, the greater the progress, above all in implementing reforms in the area of the rule of law, the more dynamic the progress in the accession negotiations and, consequently, in opening chapters and clusters. Here I can only encourage the Government of Serbia to continue on this path, and perhaps step up the efforts put in so far. But, in principle, work on all the issues relevant to accession to the European Union can and should continue, regardless of whether a chapter is open or not. This is the case with issues regarding environmental protection or energy, to give just two examples. We are by Serbia's side as a reliable partner, offering support wherever we can."

Could Germany's policy towards Serbia change considerably after the parliamentary elections, to be held in your country in September?

"The result of the parliamentary elections in Germany, which will be held on 26 September, will receive close attention. According to the latest polls, various coalitions are possible. Fundamental changes in Germany's foreign policy towards Serbia, or in our position regarding the region as a whole, should not be expected. Our political stance towards the Western Balkans is more or less shared by all the parties which could form a coalition government. At any rate, the topic that will certainly play an important role for the new government is fighting climate change effects. Once the coronavirus pandemic ends, hopefully soon, this fight will simply have to take centre stage again in the international community."

How do you comment on the multiple non-papers concerned with the Western Balkans and the Kosovo issue? The "completion of the disintegration of the SFR Yugoslavia" and the creation of "Greater Albania" are mentioned there.

"The discussion – at times quite emotional – about the so-called non-papers, whose origin remains unknown, comes in handy for diverting attention away from the important and challenging topics, such as improving regional collaboration and reconciliation with the countries in the region. In this connection, I would like to point out the summit held on 5 July as part of the Berlin Process , at which the countries of the Western Balkans agreed to continue the joint work on four agreements under the action plan, which should result in establishing a single regional market. The aim of the Berlin Process is to facilitate the process of accession to the European Union for the countries of the Western Balkans, as well as to simplify free movement of their citizens and intensify collaboration. This is important for boosting the economy in the entire region. But it is also important for the intensified collaboration to strengthen trust and contribute to reconciliation. The people in the region might have already noticed an important result of the Berlin Process – as of early July, roaming costs have been abolished!"

Does Germany see the issue of changing borders in the Western Balkans as an impossibility?

"Our position is unequivocal. There will be no changing borders, as this would cause further problems rather than resolving the existing ones. The result would be a dangerous destabilization of the region."

With respect to the Kosovo issue, do you share the optimism of the US Special Representative for the Western Balkans, Matthew Palmer, who said that "an agreement between Belgrade and Priština in 2021 is absolutely possible"?

"When a comprehensive agreement on the normalization of relations is reached depends on the political will of both sides. It is very important that the agreement resolves all open issues. Germany strongly supports EU Special Representative Lajčák in his efforts to mediate in the negotiations, and has a very positive assessment of the collaboration between Mr. Lajčák and his US counterpart."

One gets the impression, however, that the EU and the US are overly lenient with Priština. We saw that when, for example, the tariffs on goods from Serbia were introduced, as well as in relation to the refusal to establish the Community of Serb Municipalities, which is Priština's obligation under the Brussels Agreement.

"I don't share that impression. We expect both sides to approach the negotiations in a constructive manner, and we have made that clear to the authorities in both Belgrade and Priština. Of course, it is important to have a certain amount of trust on both sides. This is why it is good that President Vučić and Prime Minister Kurti have met in person in the meantime. And of course, it is important for both sides to honour the principle of implementing what has been agreed. We have made that perfectly clear as well."

The dialogue between Belgrade and Priština is mediated by the EU. We can see that the United States has become more involved in the process. Would Germany mind Russia taking a more active role too, as has been speculated?

"The United Nations have authorized the EU to mediate in the dialogue between Belgrade and Priština. The US has confirmed its readiness to support this process, led under the auspices of the European Union. It would be good if positive signals came from Moscow too."

A new High Representative will be arriving in Bosnia and Herzegovina from Germany. What can you tell us about Christian Schmidt, whose appointment has already sparked controversy and displeasure?

Germany is the biggest investor in Serbia, German companies employ the most workers. Can we perhaps expect another company coming to our country?

"The interest of German investors in Serbia is truly huge, and the 2.6 billion euros worth of investments made so far is impressive. Around 70,000 jobs were created in Serbia. It is a good thing that German companies have in the meantime been increasingly investing in the production processes with a higher degree of automation, which in turn results in higher investment. Several renowned German companies have opened their research & development centres in Serbia. All this points to the fact that German companies come to Serbia to stay. During this year, significant German investments have been made and contracts on new investments have already been signed. Just recently, the cornerstone was laid for the German MTU's aircraft engine repair facility in Nova Pazova. MTU is a good example of the excellent collaboration between German investors and Serbia's educational institutions, aimed at professional development of personnel and opening up prospects in Serbia's job market. Progress in implementing reforms in the area of the rule of law will contribute to this, as evidenced by the most recent poll conducted by the German-Serbian Chamber of Commerce among its members. Issues such as transparency in public administration and invitations to tender, or in the judiciary, affect the decision on future investments."

How do you comment on the recent outrage sparked by your statement that the 1999 bombing of Yugoslavia is a controversial issue, but that it was necessary in order to prevent "a humanitarian disaster and genocide in Kosovo"? Isn't genocide a harsh word?

"In that interview, I reiterated the German government's position regarding its involvement in the 1999 NATO campaign, aiming to clarify what sorts of concerns and worries we had then, which eventually resulted in the Alliance's decision, following months of very intensive but, sadly, ultimately unsuccessful diplomatic negotiations. I pointed out that the decision caused a controversial debate in Germany as well, where the official political circles had a difficult time grappling with it. I was saddened by the "outrage" provoked by the interview you mentioned. Constructive and open talks about such extraordinarily painful topics, as well as readiness to listen to the other side, are necessary for reconciliation."

On the Delta strain of the coronavirus

Are you afraid of the so-called Delta strain of the coronavirus, which is slowly spreading throughout the world?

"There is no doubt that the Delta strain of the virus is spreading. This variant is highly infectious. However, we should not be afraid as long as we follow the measures. Unfortunately, there are obviously many people, above all young people, who do not want to be vaccinated, although there are enough vaccines. Not getting vaccinated is very irresponsible. It calls into question the success we have had so far in the fight against the pandemic." 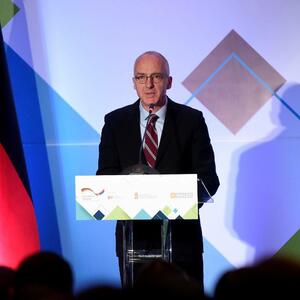 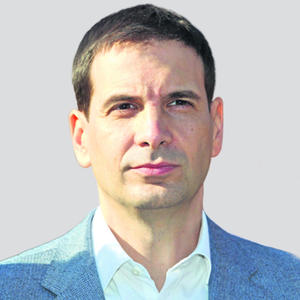 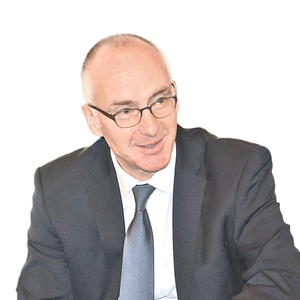 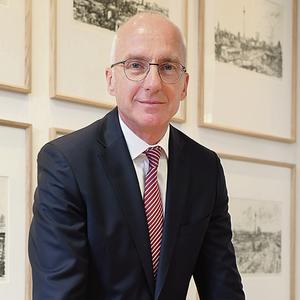