DR JANKOVIĆ FOR KURIR: 'Unjabbed pregnant women at 70% higher risk of death! Two people die after a wedding with 200-300 guests'

"Unvaccinated women getting Covid-19 in advanced pregnancy increases the risk of death by as much as 70 percent, the US Center for Disease Control has announced, recommending that medical doctors strongly encourage pregnant women to get vaccinated. Most pregnant women who had the most severe form of Covid-19 and had not been vaccinated have passed away, not only in Serbia but also in Frankfurt, where one of the best European hospitals is located, as well as the Netherlands, Italy, etc. All the associations in Europe and the US recommend vaccination of pregnant women, now even in the first trimester of pregnancy, because the vaccine saves both the woman and the child or children – given that some of those who have passed away were pregnant with twins," Professor Radmilo Janković, anaesthesiologist and Deputy Director of the Niš University Medical Centre, said in Kurir's interview of the week.

Recently we have been seeing deaths among pregnant women and women who have given birth.

"Hospitalized pregnant women often tell us that their GPs or obstetricians were saying that getting vaccinated wasn't that good of an idea, and some of them openly campaigned against it, based on cockamamie stories from watering holes and the internet. There's zero evidence that the vaccines harm the foetus. I can understand that expectant mothers worry, but it's medical doctors that need to take responsibility."

What does that include?

"Above all, the Ministry of Health should strongly recommend that medical doctors providing care to pregnant women advise them to get vaccinated, as well as put their signature on a document proving that they have passed this message on to the pregnant women, who can then decide whether or not to get the jab. Telling someone not to do it and then not being held to account for doing so isn't right. And then the entire nation goes on social media and deliberates over whether a caesarean section should or shouldn't have been done, why someone was put in a ventilator bed, or claim that doctors don't know how to treat people. Opportunities were missed and things ruined much earlier."

How can we expect medical doctors to encourage immunization against Covid-19 when half of them won't get vaccinated against hepatitis or take an MMR vaccine, and almost all of them are against the flu jab, although this is your duty?

"I've taken all these vaccines, but the truth is that before this dramatic Covid-19 situation, not even the government was insisting on the whole vaccination thing. At the Niš University Medical Centre, over 90 percent of the doctors and nearly 80 percent of the nurses have been vaccinated against Covid." 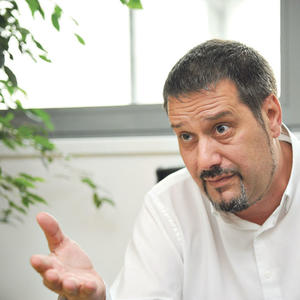 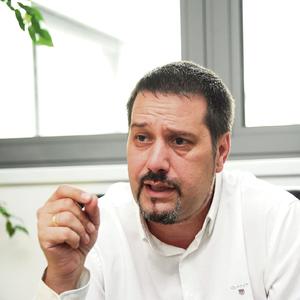 Yes, but this is because you have transferred everyone unvaccinated to posts where they don't have any contact with patients.

"Well, it really was pressure of sorts, but we cannot allow medical staff to infect patients. The argument that's put forward now – that the vaccinated can also get infected – is there. But we couldn't have a situation where you wouldn't be able to take 20 steps in the street without running into an infected person. We wouldn't have had mass infections of those vaccinated or deaths among them if we'd had 70 percent of vaccinated people back in July. It's unacceptable to have even a single unvaccinated medical doctor, with the exception of those who cannot take the vaccine for reasons of health. And it's also unacceptable for them to be the promoters of an anti-civilizational and anti-scientific idea, whose direct result is infections and deaths of tens of people, even hundreds, I fear, in the coming weeks and months."

MANY STARRY-EYED ANTI-VAXXERS NO LONGER LIVING

What about prominent doctors who are anti-vaxxers?

"Sadly, even Faculty of Medicine lecturers have contributed to the worsening of the situation. Viewing medical science the way medicine men or shamans do has made them popular, and has had people laughing at their witticisms but, sadly, many of these starry-eyed and misguided people are no longer living. I really do think that a time will come when at least professional ethics committees – if not the courts – will rule on who was saying what and what the consequences were of such actions."

We virtually have no measures. Is it too late for them anyway?

"The situation could be brought under control fairly quickly if weddings, celebrations, and concerts were banned. Weddings are the biggest source of infections. After a celebration with 200 to 300, even 500 guests, no fewer than one or two people will die of Covid. It's like Russian roulette and an immoral thing. The number of infections in Serbia is among the highest in Europe and the world, and certain measures must be implemented, regardless of having the excuse of making vaccines available to everyone and doing everything you could. That cannot be a justification for allowing people to keep getting infected without an end in sight."

We have nonetheless recently seen a minor drop in the number of infections.

"We have over 30 percent of positive tests of all the tests given, which is a huge percentage. Imagine doing 40,000 or 50,000 tests instead of 23,000. How many positive tests would we have? And that is probably a realistic number. The virus has reached its maximum, but it will keep spreading. There is no possibility of it disappearing. Those unvaccinated shouldn't be the ones thinking that they won't get infected. The possibility of them getting infected, have a severe clinical presentation, be put in a ventilator bed, and even die, is real for as long as the virus is circulating and as long as there is no defensive wall to prevent the virus from attacking the most vulnerable people."

As there is no vaccination or measures, we'll get exposure to the disease and let the chips fall where they may?

"Unfortunately, we're moving in the direction of reaching herd immunity in an uncontrolled fashion – by infection and without increasing the scope of vaccination, which is the worst option. Thousands of people will die, and you cannot know who it's going to be. That is Russian roulette at its purest. That's why young unvaccinated people are dying, as well as those who are the least to blame and who have been following our advice – the vulnerable and the elderly. The vaccine notwithstanding, they cannot develop immunity which is as efficient as that of young and vaccinated people. They wouldn't be dying, and the virus wouldn't have become so widespread had a huge majority of young people taken the vaccine."

There was talk of Covid passes, but has nothing come of it?

"I don't understand how Serbia has all of a sudden become the Piedmont of human rights and individual freedoms. Covid passes are used in countries with a much longer history of respecting human rights. However, given such large numbers of infections, Covid passes wouldn't be effective, and they would be difficult to control. But, if we reduced the number of infections, then we could introduce them. They're efficient in Western Europe and the US. You can't go into a cinema without a ticket anyway, or into a restaurant naked – there are rules everywhere, and that wouldn't constitute a restricting of rights."

Is a lockdown ruled out as an option?

"Lockdown is no longer an option in any country because everyone knows that this will go on in the years ahead. Aa short lockdown wouldn't be a bad idea though – bringing things under control, and then sitting down and explaining everything to people. A very small percentage of people are genuine anti-vaxxers, most people are in two minds, they're frustrated and scared, and we must get through to them in a different way, not by getting into conflicts with the anti-vaxxers."

THIRD DOSE EVEN AFTER FOUR MONTHS

Has administering the third dose after six months proven to be a belated solution?

"The third dose has been proven to be necessary around the world. However, after taking a Sinopharm vaccine, the third dose should be administered after five months, possibly even four months after the second dose."

Is the fourth dose in store for us?

"I think that another booster dose will be necessary. Until medical science develops a wonder drug, the only rescue lies in prevention – mass vaccination and implementing measures to stem the spread of the virus." 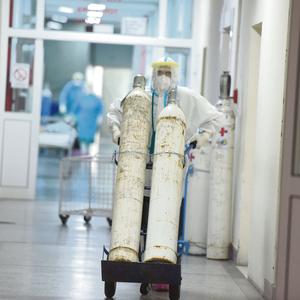 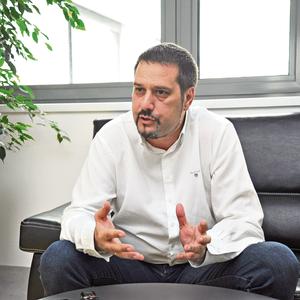