CRIME: Đilas’s buddy’s company through which they drained millions from the city coffers ends up in Šolak’s hands!

The United Group bought the company Media Point from Dragan Ješić, who is without doubt one of the major players in the Party of Freedom and Justice, and who has been served state and city deals worth millions on a platter owing to his public office – from public procurements, through selling advertising space, to privileged rental prices in Belgrade.

The traces left by the leader of the Party of Freedom and Justice Dragan Đilas leading to the United Group and its chairman Dragan Šolak are getting increasingly visible. A sizeable chunk of the assets owned by Đilas, whether in secret or in public, was pushed through a complex web in offshore areas, ending up in the hands of Šolak and the companies associated with him.

The crucial piece of evidence

After Đilas’s Direct Media and the Multikom Group commercial property, which were sold in the above manner to the United Group, Kurir uncovers another hidden transaction between the two business partners and political allies. The case of the sale of Media Point is yet another proof that the business schemes of Šolak and Đilas are very rich and varied and that they form the basis of their deal in politics.

Unlike Direct Media and the Multikom building on Antifašističke Borbe Street in Novi Beograd, the connection between Šolak and Đilas in taking over Media Point is Dragan Ješić, the formal owner of this company and, what is more important, a longstanding business partner of Dragan Đilas. Kurir’s investigation has revealed that United Media, as part of the United Group, bought another company associated with Đilas in 2018. The owner of Media Point at the time of the sale was Dragan Ješić, who is without doubt one of Đilas’s henchmen. Once the business activities of various Ješić’s companies is analysed, it becomes apparent that owing to Đilas’s public office he was practically served state deals on a platter, ranging from public procurements, through selling advertising space, to the privileged rental prices in Belgrade.

The crucial piece of evidence that Ješić and his companies were just a front for Đilas’s dealings is the fact that Ješić signed off on the sales and purchase agreement which allowed the then Belgrade mayor to buy a duplex apartment in Vračar. Ješić was also the general manager of the company Chalet, which was acquiring properties around Belgrade for Đilas, i.e. for his companies and agencies. One of the properties was a villa in Senjak, for which he paid around one million euros. Chalet passed into the ownership of Multikom Group in 2013, in which Đilas officially has a 25-percent share. Ješić was succeeded as general manager by Đilas’s right-hand person Jadranka Drinić. The company changed its name in the meantime to Comity Real Estate, with Gojko Đilas, the leader of the PFJ’s brother, as general manager.

Đilas and Ješić were at their most arrogant in the purchasing of equipment for the Municipal Police Force between 2010 and 2012. The documents show that the then mayor of the capital handed out a deal worth 53.4 million dinars to his partner, i.e. the company Pampero, owned by Ješić and Zoran Stojisavljević, without a public procurement procedure. By breaking down the procurement, the City of Belgrade deliberately avoided a public call for bids, concluding nine contracts and six purchase orders with this company through direct contracting. The price of the equipment is overblown, to say the least: for instance, the City paid nearly 4,000 dinars for a pair of gloves, 3,000 for T-shirts, 4,300 for summer trousers, while over 7,000 was paid for a pair of boots and nearly 18,000 dinars for jackets. Pampero had other privileges while Đilas was in power, not paying for the commercial property rental while Đilas was the mayor of Belgrade, and getting a favourable commercial lease for the company when he was the National Investment Plan minister.

’The evidence for the business ties between Đilas and Šolak reveals that their deals were struck and then expanded by misusing Đilas’s political office. Owing to the enormous wealth that he has, Šolak currently financially supports Đilas’s political ambitions with the sole aim of ensuring that the two of them continue to accumulate wealth at the expense of the citizens of Serbia, as they had done until 2012. Such dishonourable and illegal intentions are the key reason why they keep hiding and denying their business ties,’ Matić explains.

A question then arises whether the Prosecutor’s Office will respond after so much evidence has been presented by Kurir in the past couple of days regarding the dubious business transactions between Dragan Đilas and Dragan Šolak, or whether the state will keep silent.

HOW MUCH WAS DIRECT MEDIA REALLY SOLD FOR

17.7 MILLION PAID FOR IT, BUT WORTH MUCH MORE

A question also arises regarding how much Direct Media was really sold for, as, according to the information that Kurir has obtained, the value of the company at the time of sale was much higher.

This is why it is unclear whether the amount of app. 17.7 million euros, which Đilas allegedly got for Direct Media, is the entire sum that he received, and whether the difference between the price paid and the actual market price was made up for in some other way, or Đilas remained part of the ownership structure of Direct Media as a hidden owner. As we have reported before, Direct Media was formally purchased by the Bulgarian businessman Krassimir Guergov, but the money was actually provided by Šolak, i.e. his associates hidden behind a whole web of offshore companies.

The United Group did not reply yesterday either to Kurir’s questions about the connections between Đilas and the company that went into its portfolio. Our questions for the leader of the PFJ about his ties to Ješić went unanswered as well. Kurir tried to get in touch with Ješić, but was unsuccessful.

THE COMMISSION APPROVED THE CONCENTRATION

THEY BOUGHT DIRECT MEDIA AT THE SAME TIME

What is interesting is that United Media purchased Media Point at almost the same time as when it took over Direct Media. This is stated in the decision of the Commission for the Protection of Competition approving United Media‘s ownership concentration arising from this purchase on 21 August 2018. 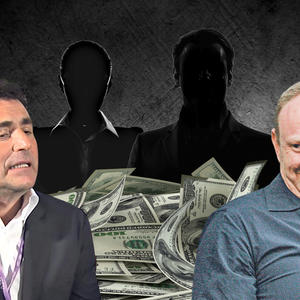 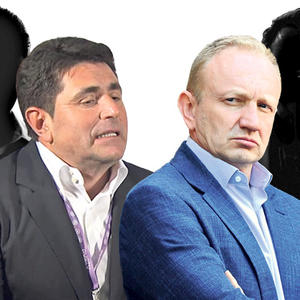 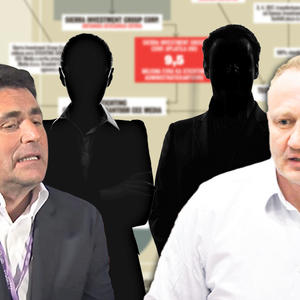 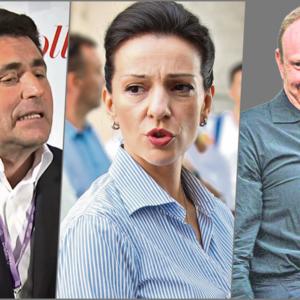