MILOVAN JOVANOVIĆ: 'Make-or-break days! Trump did lose, but Trumpism did not. The US faces the biggest crisis since World War II.'

The lower house of the United States Congress has impeached President Donald Trump over his role in last Wednesday's clashes, in which five people died. The proceedings then moved to the Senate, because in addition to a majority in the House of Representatives, impeaching a president also requires a two-thirds majority in the Senate (the upper house of the US Congress).

Donald Trump has gone down in US history as the first president to be impeached twice in the US House of Representatives during a single term in office. The Senate's decision will be some time coming, and impeachment appears unlikely at the present moment. However, if the Senate does impeach, Trump will be banned from holding a public office. The decision will also depend on whether the Senate Minority Leader, Mitch McConnell, views Trump as a burden on the Republican Party in the future. Senator McConnell is widely respected in the Republican Party and the Senate. If Trump's impeachment is not confirmed in the Senate, Trump will be able to run in the 2024 presidential elections.

James Comey, former director of the FBI, who was fired and dismissed from service in a disgraceful move, said that President Biden should consider pardoning Trump, as that is the only way to calm the nation and make a move towards a country-wide reconciliation.

Trump won 74.2 million votes in the presidential elections, which is the second-best result in US history. Ergo, Trump did lose, but Trumpism did not. Trump's legacy will remain deeply seated in the minds of a great many Americans who saw him as a savour and put hope in him.

During the four years of his presidency, Trump disrupted the operation of multilateral institutions, soured the alliance with the EU, withdrew from the Iran nuclear deal, broke the levers of soft power that the US had been deploying for over 60 years, called into question the legitimacy of democratic elections, stoked tensions, and widened the rifts and differences in the society.

The US is facing the biggest crisis since World War II.

The discontent and fear over the economic downturn, racism, the coronavirus pandemic fallout, and the internal political conflicts and divisions result in a feeling of hopelessness among increasing numbers of the populace. The new president and his administration need to start tackling the issues that have resulted in a deep divide in the US society as a matter of urgency. They will also need to restore the trust in the US, which the rest of the democratic world sees as an undisputed political and economic role model.

The first major test of the Biden Administration's results will take place in two years, when all the seats in the House of Representatives and a third of the seats in the Senate will be up for election. Donald Trump's political future is uncertain. Anything is possible in the times ahead. No one can say with certainty what will happen. We live in dangerous times, times of great challenges. 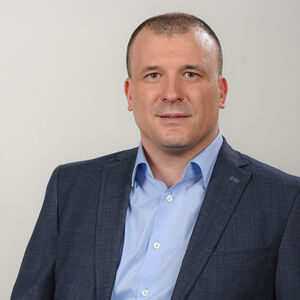