NEDIMOVIĆ FOR KURIR: 'A bit of airing out wholesome for Progressives. Leadership ambitions run high, but people choose!'

'The fact that someone from the establishment, who ought to be protecting people, wiretapped a person elected by the very same people with a record-high support – with some of the suspects actually "plucked from obscurity" by President Vučić himself – is sadly the tragedy of the Serbian society that has repeated itself for the umpteenth time.'

"There's no doubt that personal ambitions of many individuals are running high, be it government ministers or low-ranking officials. You can easily lose your bearings as a result of delusions of grandeur, spurred on by various interest groups with malicious intents. You proceed to create these false self-images, which eventually become deviant and turn into the idea entertained by these individuals that each and every one of them could lead the country or be a new leader. Unfortunately for them, this will never become true as it is the people that choose, and not foreign agencies and fake tsars like Stephen the Humble of Montenegro."

This is how the Minister of Agriculture and Deputy Prime Minister of Serbia, Branislav Nedimović, commented in his interview with Kurir on the allegations made by some Progressives that there are people in the Progressive Party who think they are stronger than the party leader Aleksandar Vučić, and that certain Progressive Party government ministers are involved in the conspiracy against the President of Serbia.

"As people say, it is wholesome. All systems need freshening up. You need to update your cell phone every couple of months and install new software. Of course you're also gonna need to change people, who are far less resilient to 'malfunctions'."

Prominent Progressive Party officials, e.g. Dijana Hrkalović and Slaviša Kokeza, have been involved in some recently uncovered scandals, the biggest certainly being the wiretapping of the President. What is the party membership's view on that?

"Names are not important here. The fact that someone from the establishment, who ought to be protecting people, wiretapped for God knows what sinister reasons a person elected by the very same people with a record-high support – with some of the suspects actually "plucked from obscurity" by President Vučić himself – is sadly the tragedy of the Serbian society that has repeated itself for the umpteenth time. You don't need to go back far into the past to find similar examples. The party will certainly have its say, but the relevant institutions are actually the ones that should do their job in full and without precedent, in order to establish who exactly is responsible and how."

President Vučić has criticised the government on several occasions. For example, he said that only a handful of government ministers work and go into the field on weekends. What is you take on that? Is the President right?

"All right-minded people always do a bit of soul-searching… That's how I respond to criticisms levelled at the Government by the President. I change whatever isn't right. If someone puts in enormous efforts and secures huge investments, and manages to persuade world-class companies to invest their money in Serbia of all countries, then it makes perfect sense to have the people who work for this country at least spend the money, since they don't have to worry about how to get it."

How has the agricultural sector fared in the coronavirus pandemic? How big is the damage? Can farmers count on government aid?

"The pandemic has made all of our lives miserable. Still, last year agriculture was the 'golden boy' of the Serbian economy and our trump card in saving the total GDP in a crisis that the world hasn't seen. Exports rose by 50 percent in only two years, standing at an incredible 4.2 billion US dollars. The price of grain and fruit is quite high. Naturally, there are groups of producers who haven't fared well, as tourism and the hospitality industry – their primary sales platforms – have seen a total collapse. This is why last year we paid billions of dinars in aid directly into the farmers' accounts. This year, for example, we are helping potato producers by connecting them to major retailers. The Crop Purchase Programme has been going well and will certainly continue, so that they too could weather the Covid crisis better."

You went on an official visit to Abu Dhabi alongside the President of Serbia Aleksandar Vučić, and had many talks about agriculture. Of these, what is the most important thing for Serbia?

"You forgot to mention Bahrain. The entire Persian Gulf can be a jumping-off point for Serbia and its economy, taking it – as I often put it – to a new game level. Everyone understands that we are talking about a market with the greatest purchase power potential. Such places are the promised land for all good food producers, since you pay for food in 'solid gold'. There are two key developments resulting from these visits. First, the announcement of large investments in the Serbian food processing sector – the best possible type of investment in agribusiness, as it's tantamount to switching from run-of-the-mill car races to a Formula 1 competition. Second – a sort of a cherry on the cake – The United Arab Emirates would like to be a platform for Serbian food exports, both in the Middle East and the Far East."

What agricultural products can we offer to the Emirates? What do they like the most?

"Meat and fruit, to be sure. Veal and lamb, as well as apples, raspberries, and blueberries. Serbia has highest-quality products, bound to be in high demand. That was the case with apples, which started to be exported to India only a few months ago. I'll only say that all available quantities of apples – the cultivars that they want – have been sold and exported in the first three months of this year. That is yet another proof that opening up new markets, which I have insisted on since I took over the ministry as far back as 2016, is actually indispensable."

On the Mauritius scandal

'The authorities should do their job now'

The Mauritius scandal – one of the topical issues these days – has brought to light the fact that the Freedom and Justice party leader, Dragan Đilas, has over 5.7 million euros in a Mauritius bank account. Allegedly, there is more – he is suspected to have a few more accounts worldwide. How do you comment on these findings?

"I'll say this again, it's important that the authorities do their job now. So, looking into the origin of this money, finding out if it was taken out of Serbia without paying the taxes, and what losses were caused to the state in the process. Lastly, all the steps need to be taken and the perpetrators sanctioned under the law."

On the Origin of Property Law

'They can start from me'

The Law on Determining the Origin of Property has come into effect. Prior to its enactment, many politicians claimed they weren't at all opposed to having their property looked into. You said that too. Do you stand by what you said? How useful will this law be?

"I am not opposed, and do stand by what I said. What's more, I call upon them to start from me. I fully support launching something that no government since 2000 has been willing to carry through. Its usefulness is clear from the fact that no ill-intentioned politician will be able to make 620 million euros and then claim they are successful in business and that they just happened to make that kind of money while in power. It's so unrealistic that I do believe that even Microsoft would brag about turning such a profit in such a short space of time." 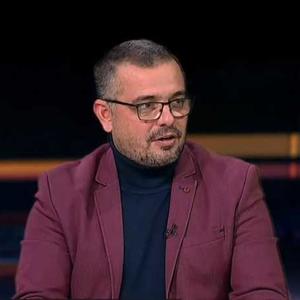 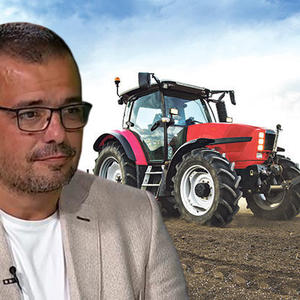 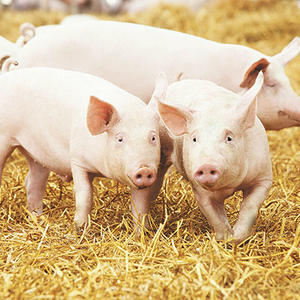 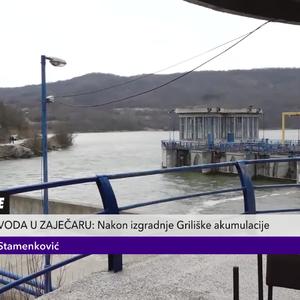