SVETISLAV BASARA WRITES A COLUMN FOR OUR NEWSPAPER: 'What am I doing at Kurir?!'

The best answer to the million-sandwich question, "What am I doing at Kurir?" – which will no doubt be echoing throughout the Belgrade Russki-jing and Euro-quarters – is the counter-question (of all questions): How come the monkey has his schlong in a bowl of soup?

The myth of the monkey with his schlong in the soup – key to the mystery of all the Serbian myths – will be discussed in one of the upcoming columns as I believe it is good etiquette to provide the interested readership with a detailed answer to the titular question: Why did I move the column "Sensationally Speaking" to Kurir after 11 years, three months, and ten days?

Here is my first answer – Why not? To answer the second question, I will quote a comrade-in-arms from the Danas daily, Aleksej Kišjuhas, who said that, "believing that our personal culture [I should add politics] is superior to the culture of the majority of our fellow countrymen simply is – elitism. Or [which is even worse] cultural racism. Whereas the arrogant or haughty belief that we as persons [I should add groups] are wholly and utterly better than our fellow countrymen is termed by psychologists as egocentricity or narcissism." I must admit that until about ten years ago I too had been a pretty big elitist and cultural racist, as well as a political egocentric and narcissist. However, the events that followed – especially the post-Đinđić collapse of Serbia, which didn't start with Vučić taking power, but rather with Tadić's Democratic Party's descent into identity politicising and a thieving sort of populism – made me smell a lot of what I was stepping in.

As a result, I wrote the "Sensationally Speaking" columns (sometimes they were pieces in a series) in a tone that was equal parts mocking and deadly serious, dealing (derisive-ly) critical jabs to Vučić and the current administration as much as to their disoriented and kerfuzzled political opposition. I did the same when I myself was among the "powers-that-be" during the vastly superior reign of the Democratic Opposition of Serbia, and took a critical view of its post-holders, some of them personal friends of mine.

Unlike Vučić & Co, who have never objected to the critical or mocking tones in my writing about them (not publicly, at any rate), the opposition & its fandoms went the way of total egocentricity and narcissism (perhaps "the way of all chumps" isn't too harsh either), holding against me the critical writing about their vain attempts to scramble to power (and all its perks) without getting off their asses. The opposition's self-proclaimed leader, Đilas, didn't even have a political party to his name – until I shamed him in a series of texts – which is tantamount to a national soccer team manager planning to win the World Cup without a single player.

Over time, this God-awful mess became grotesque: for example, although all these years I've been writing with Đinđić's Democratic Party platform in mind, the president of the (formally) biggest of the few tens of democratic micro-parties, Lutovac, posted a moronic tweet that said, "Basara is more useful to Vučić than Laza Ristovski."

Of course, I didn't give two shakes of the member that the monkey had in a bowl of soup about it all. However, as the pull of Đilas & Co over Danas in the past two years was becoming too much for my taste, I thought it best for both parties to move "Sensationally Speaking" elsewhere without any hard feelings. Happy New Year, unless otherwise ordered. 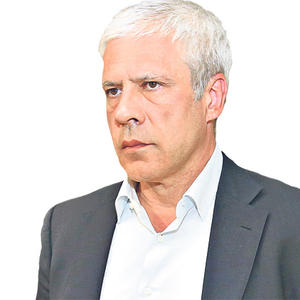 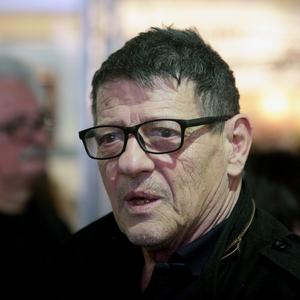 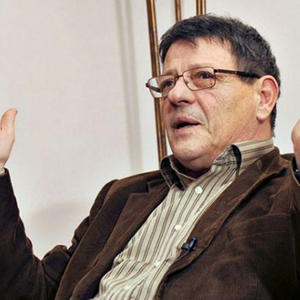