FAMOUS ACTRESS ONLY LEARNS OF HER ORIGINS AT 36: The Ustashe killed Božidarka's mother, and she was saved by Diana Budisavljević!

'One day I might sit at my computer and write down the story of my mother Božidarka Frajt, in order for the truth to be known at long last… My mom is very upset that the Jasenovac camp has been in the media for days now, with sensationalist headlines and statements that she never made. She doesn't want to talk about it, she is deeply unsettled. We haven't seen the film Dara of Jasenovac and so cannot comment on it.'

Croatian actress Bojana Gregorić, daughter of the famous Yugoslavian actress Božidarka Frajt (81), said this speaking with Kurir. Frajt has recently been in the public eye again because as a two-year-old child of a Serbian family from Kozara, she survived the Jasenovac concentration camp, from which Diana Budisavljević saved her.

Until her daughter writes down her mother's memoirs, we bring you extracts from the book titled War and the Children of Kozara by Dragoje Lukić, which also describes the suffering that Božidarka's family went through.

Frajt, who garnered fame playing a role in the film Guns of War and was also featured in, for example, See You in Montevideo, was born as Božidarka Grublješić in 1940, in the village of Velika Žuljevica near Mount Kozara. She was barely two years old when the Ustashe shot and killed her mother Vida. Alongside thousands of other children, she was deported to the Sisak children's camp, and was then transferred to a Red Cross shelter in Zagreb. There she was adopted by Katarina and Stjepan Frajt, who raised her as their daughter. Božidarka didn't learn of her true origins until she was 36, when she was finally located by her aunt Dara Grublješić, an early joiner of the Yugoslavian Partisan Movement from Kozara.

Her father died as a fighter in the 2nd Krajina Brigade. "During the Kozara offensive, her mother Vida was taken from Kozara to the Cerovljane concentration camp. She passed though Jasenovac and ended up in the village of Klokočevac, near Bjelovar. She carried the young Božidarka, her only child, in her arms. The village supported the Partisan Movement and one night there was a lot of gunfire going on. The Ustashe came in and took Vida and her family to Sisak. On the next day the children were taken away from their mothers, and Vida was shot," Lukić writes.

Cattle cars brought in 566 small, barely alive, hungry, thirsty, and scared children, with cardboard cards hanging around their necks – which many would tear off and eat – from Sisak on 16 October 1942. Božidarka was among them. She had kept her card, and was rescued in secret alongside 30 other children and placed in the Red Cross shelter in Zagreb. Only five days later she was adopted by the Frajt family.

The documents read that Stjepan and Katarina Frajt, husband and wife who had no children, took "a female child number 527 in to be raised and provided for" in October 1942.

"I'm immensely grateful to these people. I don't remember anything from my early childhood… I remember the first dress that they put on me, and I remember I didn't have any hair on my head," Frajt said in 1979 in a Radio Belgrade show.

'My mom's life was littered with hardships'

Božidarka's daughter, Croatian actress Bojana Gregorić Vejzović, said in an interview with Kurir a few years ago that she could not imagine a child in the 21st century going through something similar to what her mother had gone through. "God forbid! The horror, the violence, the orphans… May it never be repeated… My mom's life was littered with hardships, but her will and joy of living ran strong and deep. Brave people march on and turn away from the sadness of the past; awash in the light of the indiscernible future, they audaciously walk on with the faith that tomorrow can always be better… Well, that's my mom." 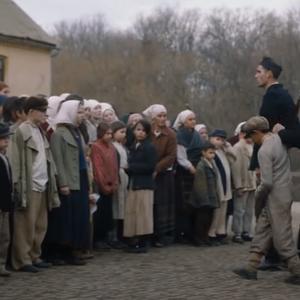 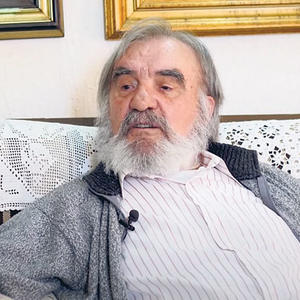 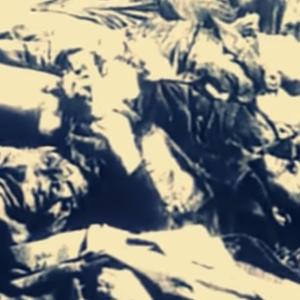 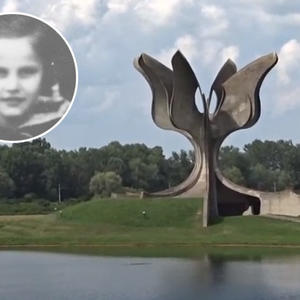 A nightmare for the young ones

Professor Kamilo Bresler and Jana Koh, a young Red Cross nurse, were among the prominent organizers of the rescue of children strewn across the Zagreb Railway Station.

"I couldn't go through the same thing again. 850 children from Stara Gradiška were brought in cattle cars. This was the first transport. The Ustashe were rushing us to empty the train cars as soon as possible. We took out 40 dead children. An additional 17 died in transport, and 37 more during bathing and disinfection. Unbeknownst to the Ustashe, the workers from Železnička Kolonija (The Railway Worker Neighbourhood) brought cans of water and moistened the lips of the crying children," Jana recalled the horrors in a conversation for Dragoje Lukić's book.