GORDANA ČOMIĆ FOR KURIR: EU asking Serbia to have same-sex partnership law is a lie! I don't have a problem talking to homophobes

'Those in the majority who dislike same-sex partnerships don't have to live in one, just as they don't have to do anything else,' the Minister of Human and Minority Rights and Social Dialogue said.

"As a human-rights act, the Law on Same-sex Partnerships will ensure that everyone can have a normal life and be equal under the law – both the minority and the majority," Minister of Human and Minority Rights and Social Dialogue Gordana Čomić said in her interview with Kurir. A draft bill was recently sent out to other ministries so that they could read it and comment. A public hearing will be held next, after which the draft bill should be adopted at a meeting of the Serbian Government, and following that in Parliament as well. According to Čomić, Serbia is ready to pass the law that will make the lives of the LGBT population a great deal easier.

The Law on Same-sex Partnerships has caused some commotion in a portion of the general public, and there are a number of interpretations of it. Some claim that Serbia isn't ready yet, others say that this is a huge step forward in respecting human rights. How do you comment on that?

"It is a necessary step in implementing and respecting human rights, as well as in building a culture of human rights, based on Articles 18 and 23 of our Constitution. As a human-rights act, the Law on Same-sex Partnerships will ensure that everyone can have a normal life and be equal under the law – both the minority and the majority. I think Serbia is more than ready to show that it understands all this very well."

Recently you said: "It's not a marriage, there is no adoption of children." What is there? What is the most important thing that this law brings other than the possibility of standing before an officiant?

"It's not a marriage and there is no adoption of children. What is there is regulating mutual rights and duties of those wishing to live in this partnership: from health and pension insurance, through inheritance and maintenance rights, to the right to make hospital or prison visits, and also the duties of fighting against partnership violence and respecting personal dignity. The law will remove all administrative and legal obstacles currently preventing them from being anything other than roommates, which they are not – they are in a partnership that to them is a way of life, an expression of a personal attribute. Those in the majority who dislike same-sex partnerships don't have to live in one, just as they don't have to do anything else."

Accusations have also been made to the effect that through this law Serbia wants to hide infringements of other rights. Is that the case?

"No. People like to tell lies and fabricate stories, you can't help it. They don't like facts, they don't like the truth which doesn't align with their picture of the world. By engaging in such fabrications, they are really against upholding the rights – they like it when no one else has rights in the society but themselves. There are always going to be people like that, fabricating stories and fighting with themselves, it cannot be helped."

Do you find having a dialogue with homophobes difficult? Which of their arguments do you think makes least sense?

"No, I don't find it difficult to have a dialogue with anyone. Choosing to be a homophobe doesn’t make a lot of sense anyway, although it is often a stance found in people who suffer greatly over their sexual orientation, which they suppress in fear of their social environment. Another equally common stance is thinking that prejudices are something to be proud of, like ignorance or intolerance. When someone thinks that they have every right to prescribe how someone else should live their life, or bases their judgments of people on their personal attributes, this is an indication that the Law on the Prohibition of Discrimination isn't sufficiently implemented, rather than that homophobes choose to mistreat other people and enjoy it. I'm looking forward to any dialogue with them, as they help reduce the willingness to engage in discrimination in society – unwittingly on their part, and deliberately on mine."

As has been the case with many other things in previous years, some people are insinuating in regard of this law that it has been imposed by the West, and that this is a condition for EU membership.

"No, such views are either unintentional drivel or drivel as an exercise in the freedom of speech. The Law on Same-sex Partnerships isn't on the list of the laws maintained by the EU for the acceding countries. It is related to the Council of Europe, whose member we have been since 2003, and the European Court of Human Rights. Most of all, it is related to the will and readiness of Serbia to embrace all of its citizens with equal respect and appreciation. That is what this law is about."

How do you see the Serbian Orthodox Church's (SOC) public statement in this connection, i.e. its opposition to the adoption of this law?

"As a fundamentally Christian message. They follow their convictions and say clearly that they understand the kinds of administrative difficulties that people are faced with, and why it is good to remove these difficulties for them. Given that we are not talking about marriage and that there is no adoption of children, I expect other churches and religious communities to follow in the footsteps of this profoundly Christian and philanthropic stance of the SOC."

On the Serbian Government

'Only work is accepted, and criticism is heeded'

Are you happy with how you have been accepted by the Government? What has working with Prime Minister Ana Brnabić been like?

"Working with her has been excellent. Every cabinet should be a place where each ministry can achieve its set targets and bring results to the people living in Serbia. I think the Government is very much aware of that. An illustration of this is the immunization of the populace, through which the human right to life and health is realized. Serbia is among the first 10 countries in the EU and the world, and that is the proof – only work and results are accepted, which is good. The criticism of the work done within the Government and outside of it must be heard and taken on board in equal measure. That is what those who want to be successful do." 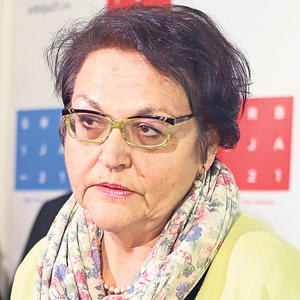 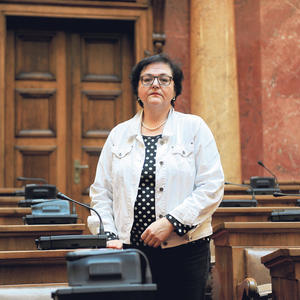 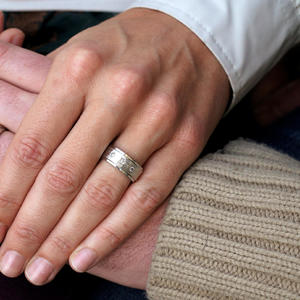 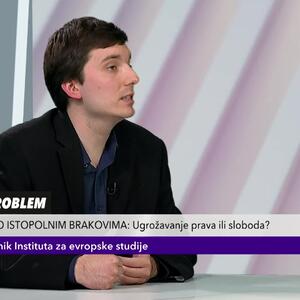