CRIME: Who in REM allows Šolak’s N1 to broadcast illegally?

For years the Regulatory Authority for Electronic Media (REM) has allowed N1, a TV station owned by Dragan Šolak’s United Group, to brutally violate the most important media-related laws and regulations, privileging it substantially over the other Serbian market players.

For years the Regulatory Authority for Electronic Media (REM) has allowed N1, a TV station owned by Dragan Šolak’s United Group, to brutally violate the most important media-related laws and regulations, privileging it substantially over the other Serbian market players.

REM’s position that Kurir has received from this institution, relating to the legality of the organization and broadcasting N1 programming, is entirely baseless and illegal. After some corresponding with REM, a conclusion can be reliably drawn that this regulatory body is unacceptably passive with respect to United Group media and, what is more, allows them to operate illegally. Such behaviour on the part of REM adversely affects public finances, as broadcast licence fees are not collected from this TV station and the state’s right to collect taxes is thus infringed.

Based on what does REM accept the status of N1 as a cross-border television? Why does REM ignore the fact that this television station’s programming is made in Serbia, and that the station only broadcasts Serbian-made programmes and does not at all rebroadcast programming made abroad? How is it possible that REM waives its duties in the case of United Group’s TV stations, and then abruptly places them under oversight during an election campaign? We posed all these questions to REM and received baseless explanations and even a confirmation of N1’s illegal operation. What was perhaps most disconcerting is the regulatory body’s conviction that its inaction was in defence of public interest and property.

This is why Kurir demands of REM to immediately place N1 television station under oversight, and to order it to register as a domestic television station in line with the Law on Electronic Media. In what follows we will explain to the general public why we have made this request to REM.

REM’s initial claim that N1’s media service content is rebroadcast in Serbia is not true. Specifically, in order for programming content to be rebroadcast, a television programme must first be broadcast. In the case of a cross-border television, which N1 makes itself out to be, the content must be broadcast outside Serbia’s borders. Kurir’s legal team has carried out a detailed analysis and conclusively established that this is not the case here. REM’s claim that the regulatory body does not have the information regarding whether said programmes are broadcast in other countries is legal nonsense, given that this specific circumstance has no bearing on the application of the rule on freedom of reception and rebroadcasting, as well as the country of origin principle.

It needs to be stressed at the outset that the cross-border television status criteria are very clear. Under these criteria, the service provider: 1. must be registered abroad; 2. must produce its programming abroad and broadcast it from abroad directly towards the territory of Serbia (freedom of reception), or rebroadcast within the territory of Serbia the programming already broadcast abroad (freedom of rebroadcasting); and 3. must not be under the jurisdiction of the Republic of Serbia.

Therefore, the regulatory body must at all times be in possession of the information regarding whether the programming being rebroadcast in Serbia has previously been broadcast abroad, in order to ascertain if the condition in Article 74 of the Law on Electronic Media, namely providing a media service without obtaining an approval or permit, is met. This article of the law in question is only applicable to rebroadcast television programming.

The legislation is clear

N1 simply does not meet the abovementioned condition, as it is not broadcast abroad (Luxembourg), but only in Serbia. N1 programming is not even produced abroad, but also in Serbia. Regardless of the fact that the official N1 media service provider is registered abroad, it must be under Serbian jurisdiction, in accordance with the Law on Electronic Media, the Law on the Ratification of the EU Convention on Transfrontier Television, and the Directive 2010/13/EU of the European Parliament and of the Council of 10 March 2010 (AVMSD).

The Law on Electronic Media stipulates that a media service provider shall be deemed as established in Serbia even if its head office is outside Serbia, provided that a significant number of persons engaged under employment contracts, or otherwise involved in conducting activities related to media services, operate in Serbia.

Everything is in Serbia

So how do things stand in N1’s case? The producer of this station’s television programming is the company Adria News l.l.c. Belgrade, founded and wholly owned by Adria News S.a.r.l. Luxembourg. The entire workforce engaged in the activity of producing and providing N1 media service, including broadcasting (editors, journalists, camera crew, and other staff), making decision on the audiovisual media service, as well as the equipment (studio, cameras, microphones, lighting, TV programme transmission equipment), is located in Serbia. On top of that, the engaged workforce is contractually employed, and all of the above equipment is owned by the Serbian company Adria News l.l.c. Belgrade. Incidentally, this was also confirmed by Adria News l.l.c. Belgrade’s managing director and N1 television’s editor-in-chief Jugoslav Ćosić, in the statement he gave at the Higher Court in Belgrade on 4 September this year, related to the charges that he had brought against Kurir.

Although REM invokes the so-called country of origin principle, we need to point out that this principle actually prescribes that each service must comply with the rules of the country in which the service provider is located, i.e. that only one member state ought to have jurisdiction over an audiovisual media service provider. Contrary to REM’s position, the European legislation deems as abuse such instances as when television programming under the jurisdiction of one state is actually directed towards the territory of another state, in line with the principle of facticity and economic substance – the principles that REM ought to put into practice as well.

If the state wishes to ascertain if a media service provider’s broadcasting in a different country is wholly or mostly directed towards its state space, the laws and regulations allow it to refer to indicators such as the origin of the television advertising and subscription revenues, the main language of the service or the existence of programmes or commercial communications targeted specifically at the public in the member state where they are received. It is abundantly clear that N1 programming must be deemed as programming directed solely towards Serbia.

REM claims that, despite the actions taken - which they do not specify - it is not possible to establish if foreign media service providers’ programmes are altered by inserting domestic advertisements. However, it is easy to ascertain if such an interruption of an original programme actually exists – all it takes is asking the media service provider for the version of the original programme which has been broadcast abroad, and then comparing that version with the version rebroadcast in Serbia.

It is high time things were called by their right name: N1 television is a domestic television station according to all the relevant criteria. Once it acquires its appropriate and rightful status, it will be able to take on all the duties and responsibilities that the other domestic market players have.

A cowardly tack to pressure journalists - REM decides Šolak is untouchable in Serbia as he brings charges against Serbian media in Switzerland.

United Group’s chairman Dragan Šolak has used Swiss courts as a beating stick for the Serbian media. Šolak triumphantly informed, and at the same time warned, the Serbian public that the court in Switzerland had ruled in his favour, passing a verdict against several media in Serbia, which must pay millions in damages to him on account of ‘violating Dragan Šolak’s personal rights’. The Serbian media have obviously come under fire from Switzerland and its courts, which agree to being used as a dangerous weapon threatening Serbian journalists. As the verdicts are summary, and the Serbia media left virtually without a possibility to defend themselves, Switzerland and its judiciary system have put themselves at the service of silencing the media in Serbia. This case illustrates best the absurdity that Šolak and his United Group have dragged all of us into, abundantly assisted by individuals from the Regulatory Authority for Electronic Media (REM). Here is why: The media owned by Šolak are untouchable to the Serbian laws – they abuse the status of a cross-border television, so that no one in Serbia can sue them. At the same time, their owner resorts to a cowardly strategy and seeks protection for himself outside Serbia – bringing charges against Serbian media at Swiss courts, knowing very well that in that case they practically cannot defend themselves. Holed up in Switzerland, Šolak is putting pressure on the Serbian media and stripping them of millions in this way, as well as getting court rulings banning them from ever mentioning his name in the future. It is hard to believe that, as a body regulating this portion of the Serbian media sphere, REM keeps silent, approves, and attempts to legalize such a grotesquely inappropriate state of affairs. Rather than do its job and declare as fake the registration of United Group’s media abroad, REM has allowed Dragan Šolak to take us all for a ride all the way from Switzerland. 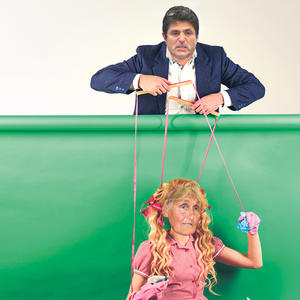 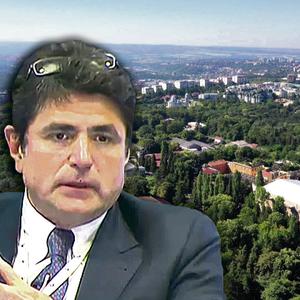 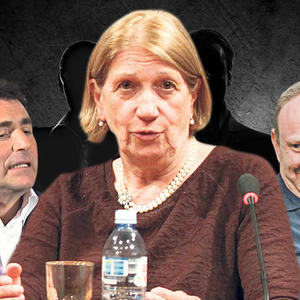 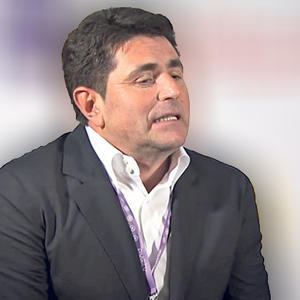